How would you describe the mission of our partner in Egypt?

CEOSS started as a literacy program in 1950. CEOSS has grown into an organization that has projects in a multitude of areas. Their three primary areas are culture, development, and resource development. This entails programs and projects ranging from a small CEOSS operated publishing house, to agribusiness, to a forum for intercultural dialogue. You can learn more about their work on the CEOSS website

I work in the department of funding, media, and relations. I am responsible for writing and editing outgoing reports in English, as well as, assisting with social media and grant writing.

"For by the grace given to me I say to everyone among you not to think of yourself more highly than you ought to think, but to think with sober judgment, each according to the measure of faith that God has assigned. For as in one body we have many members, and not all the members have the same function, so we, who are many, are one body in Christ, and individually we are members one of another. We have gifts that differ according to the grace given to us: prophecy, in proportion to faith; ministry, in ministering; the teacher, in teaching; the exhorter, in exhortation; the giver, in generosity; the leader, in diligence; the compassionate, in cheerfulness." - Romans 12: 3-8 (NRSV)

Paul calls the members of the fledgling church of Rome to use their gifts to serve in the mission of God. I appreciate the absence of grandeur in Paul's call to action; it is not a call for everyone to serve in the same way, rather it is a call for everyone to discern the where, when, why, and how of their place in mission. In my case, I feel that my language skills and studies in religion and the politics of the MENA region make my role at CEOSS a good use of my "graces," as Paul would say.

What are some of the challenges facing the people of Egypt, our partner, or yourself?

Egypt is still recovering from the political upheaval of two revolutions in the past five years. Additionally, there are incredibly high rates of unemployment, increased police presence in response to concerns about security and stability, increased concern about terrorist activity, and issues among powerful individuals about the concept of human rights.

Which books have influenced your understanding of your country, work, or theology:

Which films that have influenced your understanding of your country, work, or theology: 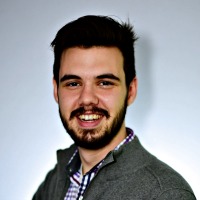 Make a gift that supports the work of William O'Brien