How would you describe the mission of our partner in Hong Kong?

The Interfaith Cooperation Forum is a regional network in Asia of young people of different faiths between the ages of 20 and 30 who are committed to working for interfaith justpeace through their local organizations. The issues that people in the network are addressing are, in general, transforming conflicts, responding to human rights violations, upholding the rights of women and children, caring for the needs of internally displaced people and alleviating poverty.

Founded in 2003 at an interfaith meeting in Indonesia, the main activity of ICF has been its 14-week School of Peace that has been held almost annually since 2006 in Bangalore, India.

My work primarily focuses on editing ICF’s monthly e-newsletter faith and peace, which is available online, mentoring ICF’s network members in Indonesia and the Philippines; and conducting human rights workshops to increase the understanding of our network members about this topic and to train some of them as resource people.

This work nurtures and maintains links with members of ICF’s regional network by providing them regularly with information related to interfaith issues and concerns, strengthening national interfaith movements for justpeace in the two countries in our network—Indonesia and the Philippines—and expanding the knowledge of network members about human rights and offering some skills in how to respond to human rights violations.

I took a 12-day exposure trip to El Salvador and Nicaragua in January 1986 when both of these impoverished countries in Central America were in the midst of civil wars and people there were facing widespread human rights abuses every day. Growing up in a middle-class family in a small town in northern Ohio, I had never seen poverty of this magnitude nor heard stories of human rights tragedies from the victims themselves nor learned about the contribution of my government to their suffering. This emotional experience remained with me all of my waking hours for the next three or four months after returning to Denver where I was living at the time, and I decided that I wanted to use my background as a photojournalist to change in some small way what I had seen and heard in Central America. This experience eventually led me to work with several regional organizations in Hong Kong through Global Ministries since October 1990 on a variety of issues related to poverty, human rights and interfaith justpeace.

A Biblical passage that constantly resonates with me is the familiar passage of Micah 6:8: “He has showed you, O man, what is good; and what does the Lord require of you but to do justice, and to love kindness, and to walk humbly with your God?”

This passage relates to many of the issues that I’ve encountered through my work in Hong Kong and Asia, which are almost always tied to people facing some form of injustice, and adds the Christian calling to witness and serve and respond to these injustices with kindness through a humble spirit. People who encounter these injustices rarely know or feel kindness or humility. It is thus important, I believe, that our search for justice must also reflect kindness and a humble spirit to help heal the inhumanity that these people have experienced.

What are some of the challenges facing the people that live in the regions where ICF works?

Philippines: Extrajudicial killings and disappearances throughout the country and Muslims in Mindanao feeling they are treated as second-class citizens in this predominantly Christian nation

Indonesia: Relationships between Muslims and Christians and between Sunnis and Shias and Ahmadis are often marked by violence, making it imperative that these faith communities engage with each other through dialogue to foster greater understanding

East Timor: Seeking to overcome decades of poverty and violence under the rule of Indonesia and a lack of employable skills among its youthful population to build a nation after becoming Asia’s newest country in 2002

Hong Kong: Large gap between the rich and the poor with the distribution of income among the most unbalanced and unequal among the world’s developed economies; still awaiting a fully democratic political system based on one person, one vote and without a screening process for candidates that is intended to eliminate people espousing democracy

Cambodia: Land-grabbing in the name of development that robs people of their land, homes and livelihood

Burma: Democratic reforms are still questionable; fighting between different ethnic communities and the government; imprisonment of political prisoners; Rohingyas, who are Muslims living in this predominantly Buddhist country, are not considered citizens and face discrimination and violence

Nepal: Inability to form a permanent government because of squabbling between the country’s major political parties, making it difficult for the nation to address widespread poverty and other important issues

Sri Lanka: Tamils still face discrimination years after the civil war ended in 2009 with attempts at reconciliation by the Singhalese-Buddhist government lacking

What lesson have you learned working alongside the staff and students of ICF that you would like to share with churches in the U.S.?

Perhaps the most important lesson I’ve learned from my work with ICF in Asia is the power of youth. ICF is naturally a network of young people, and I have been impressed with their commitment to social justice, human rights and justpeace and with the energy and creativity many of them have in bringing about change in their countries.

However, what really opened my eyes to the power of youth was an exposure trip to a YMCA children’s club—the Mother Theresa Children’s Club— in a small community in eastern Sri Lanka that was organized by the local YMCA in Batticaloa. The field visit was part of the three-week School of Peace held by ICF and Asia Pacific Alliance of YMCA's in Sri Lanka in 2010. Members of this children’s club, who ranged in age from approximately 7 to 15, visited people’s homes in their community and did a survey of their problems. Their findings included drunken fathers, the marriage of teenage girls, child abuse and child labor, parents separated from their families as migrant workers living overseas—all issues that affected the children. The children then created dramas about these problems and performed them in the village, thus making them public. The children also wrote letters about these concerns to government officials and the police, who surprisingly responded and tried to address them. As a result of the actions of these children, many of the community’s problems were resolved or minimized. I consequently learned not to underestimate the power of children. 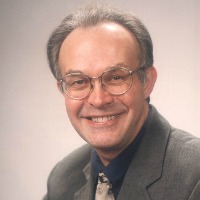 Make a gift that supports the work of Bruce Van Voorhis