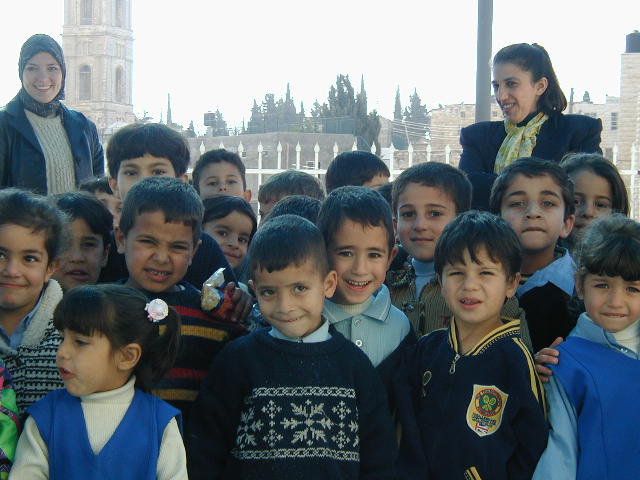 The Christian Youth Response and Responsibility program provides a foundation to increase the role of Lebanese Christian youth from different confessional backgrounds in their respective communities of faith and in the broader context of Lebanese society. The program includes several key activities, including regular seminars, trainings, and spiritual events, as well as forming an ecumenical choir. The program culminates in a 3-day spiritual retreat emphasizing ecumenical solidarity and the role of the church’s involvement in seeking justice and dignity for all. The program aims to knit together the Christian youth of Lebanon with the goal of encouraging them to engage in social change through an ecumenical venue.

To dismantle the destructive cycle of perpetuated reactions of violence in the Middle East, MECC and its partner, Ma’an, have developed an extensive project to promote non-violent responses to escalated situations among children and youth (1,000 children, youth, and young adults, ages 6-25) living in unstable and religiously mixed communities around Lebanon. The target audiences for this project are those who experience instability, poverty, unemployment, interreligious conflict and a lack of daily, constructive after-school activities. The program will bring both Christian and Muslim youth together as a means of strengthening the social fabric of Lebanon. In addition, the program empowers adult community members as they are trained to lead these workshops on non-violent responses. Program facilitators have designed the program specifically to engage children through play and creativity. The goal of the project is to implement an opportunity for Muslim-Christian dialogue between communities and children who span various socio-economic strata. Another goal of the project is to introduce the values of a constructive cooperation between individuals of different religious beliefs as well as a sense of national unity.  The initial launch of this project will be used as a prototype for others to apply the same concepts to other communities outside of Lebanon.

The youth of Lebanon suffer from a bleak reality of high unemployment rates and little motivation to stay within their home country for employment.  Furthermore, a frustrated political system leaves them disenchanted by the idea of grassroots social change. The Christian and Muslim Youth Empowerment and Dialogue project by MECC brings Christian and Muslim youth together to increase awareness and relationships between the two populations and within Lebanese society at large. The primary goal of the project is to collapse existing stereotypes and to motivate youth to join together and transform their society.