Artha Wacana Christian University serves the largely rural population of Timor and surrounding islands.  Most of our students are the first generation in their families to attend college.  The theological faculty trains 90% of the pastors of our partner church in Timor.  Artha Wacana is dedicated to improving the quality of life and ministry in one of the poorest regions of Indonesia.

I teach preaching and pastoral care in the theological faculty and congregational development in the graduate faculty, as well as doing workshops and leadership training for many churches in Eastern Indonesia.

After graduating from seminary, Karen and I were eager to see first hand what it is like to be a Christian in an area where Christianity is relatively “new” and a minority.  We planned to return to life in the US after one term, but the people of Timor had “tied our hearts,” as a local phrase puts it.

Luke 4:18-19 was the text for my ordination sermon, and my commissioning.  Trying to be “good news to the poor” as well as preaching it has become the measure of whether I am on the right path or have taken a wrong turn.

What are some of the challenges facing the people of Timor?

Timor is a major source of migrant labor for the factories of Java and Malaysia and the palm oil plantations of Borneo.  Young people are often lured from their villages with promises of a good salary, only to find themselves virtual slaves in a faraway place.  Pray for them in their “exile”, and pray that the church in Timor will find a way to protect its young people from human trafficking.

What lesson have you learned working alongside the staff and students of Artha Wacana Christian University that you would like to share with churches in the U.S.?

Village people know that their only strength is in community, their only capital is social capital.  The entire neighborhood gathered to dig the foundation of our house, and we have been helping each other out ever since.

More from John and Karen 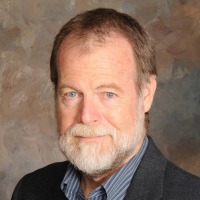