Faithful to the Gospel

As a Global Service Worker (Long-term Volunteer), having served for more than forty years as a Mission Co-worker in Latin America and the Caribbean, I am back in the field assigned to Venezuela, specifically to serve our longest standing Pentecostal partner in the world, starting way back in the 1960’s with Juan Marcos Rivera and Flor María Piñeiro Rivera, a couple from Puerto Rico, who worked intensely and with passion with this unique Evangelical Pentecostal Union of Venezuela. La Unión, as we commonly refer to this unique ecumenical Pentecostal denomination, has played an important role for more than sixty years in a prophetic ministry advocating for justice and in concrete ministries among orphan children and promoting the active role of women in ministry (at all levels), ordaining women as pastors and regional bishops. 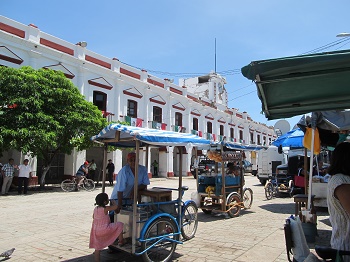 “And there came a certain poor widow, and she threw in two mites, which make a farthing.

And he called unto him his disciples, and saith unto them, Verily I say unto you, That this poor widow hath cast more in, than all they which have cast into the treasury:

It helps, now and then, to step back and take a long view.
The kingdom is not only beyond our efforts, it is even beyond our vision.
We accomplish in our lifetime only a tiny fraction of the magnificent
enterprise that is God's work. Nothing we do is complete, which is a way of
saying that the Kingdom always lies beyond us.
No statement says all that could be said.
No prayer fully expresses our faith.
No confession brings perfection.
No pastoral visit brings wholeness.
No program accomplishes the Church's mission.
No set of goals and objectives includes everything.

This is what we are about.
We plant the seeds that one day will grow.
We water seeds already planted, knowing that they hold future promise.
We lay foundations that will need further development.
We provide yeast that produces far beyond our capabilities.
We cannot do everything, and there is a sense of liberation in realizing that.
This enables us to do something, and to do it very well.
It may be incomplete, but it is a beginning, a step along the way,
an opportunity for the Lord's grace to enter and do the rest.
We may never see the end results, but that is the difference
between the master builder and the worker.
We are workers, not master builders; ministers, not messiahs.
We are prophets of a future not our own. 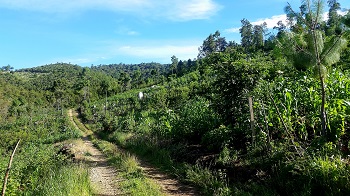 On Saturday, we planted trees.

We met at the Institute for Intercultural Study and Research (INESIN), one of Global Ministries’ partners here in San Cristobal, at 7:30 a.m. We loaded around 200 trees into the back of a pickup truck, loaded ourselves into the back of the pickup truck, and drove 30 minutes on a highway and 30 minutes more on patchy dirt and gravel roads to arrive at the stunning farm of a local pastor. Perched on the side of a mountain, we looked out over the plains to another mountain range as it was just starting to be covered by the ever-present day-time clouds.

Legacy of a Bishop 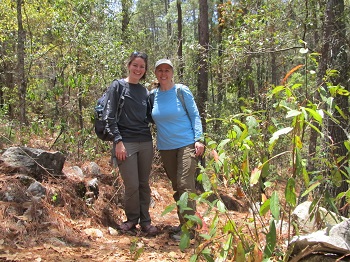 jTatic Samuel, as he was lovingly known to all in this region of Mexico, was the visionary Bishop of the Catholic Church in San Cristobal de las Casas from 1959 to 1999. jTatic was the title the Mayan descendants, the Original Peoples of Chiapas, gave him and means "our dear father", a sign of respect and appreciation for his tireless work on behalf of the marginalized and the poor.  There are many ways to describe the life and ministry of Bishop Samuel Ruiz, but there is a particular legacy that touches my life and the work of Global Ministries here in this southern state of Mexico on the border with Guatemala.   jTatic Samuel knew he would not be around forever, but he saw  his call to "see that justice is done, let mercy be (his) first concern, and humbly obey (his) God" (Micah 6:8)  as growing and expanding in the organizations he helped to create during his time serving the church and the broader community. 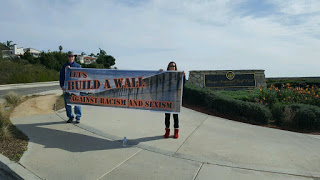 Our current president who just moved into government-subsidized housing in Washington, D.C. said during the campaign that Mexico was sending rapists and criminals to the U.S.  I’ve met with many people here in Nogales that have just been deported from the U.S.  They’ve told me, often with tears in their eyes, that they made the risky journey to the U.S. in search of work so that they could provide for their families back home in Mexico or Central America.

The Hope of Salvation in Unsafe Situations: Safety for All 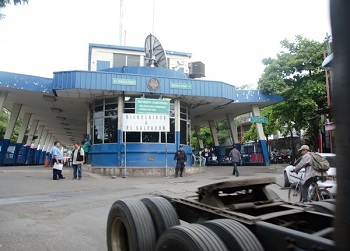 In November, I was traveling from San Salvador, the capital of El Salvador to Managua, Nicaragua in Ticabus. Arriving at the Salvadoran side of the border with Honduras, I was writing in my diary when a police officer entered the bus to make a check. I did not pay attention to him, because I was focused on my thinking.  I think that made him suspicious – he might have thought I was hiding myself from him behind my writing and I was asked to dismount the bus for a check.  I got off the bus, picked up my suitcase, and went to an office. In it there were three hostile policemen who rudely started interrogating me about who I was and what I do. I told them that I am a missionary and pastor. Checking my luggage, they found my prayer cards and with them, they corroborated what I was saying.  After a while I was released. I left was very angry about their rude treatment. 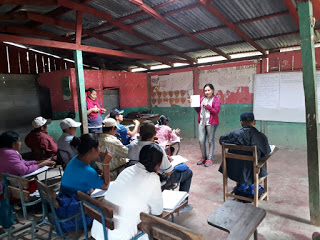 On January 26th and 27th, CIEETS Matagalpa's training continued the “Resilience to Climate Change” project, in which CIEETS works in collaboration with Lutheran World Relief in eleven communities that live on the coffee plantations in San Ramón-Matagalpa. I helped deliver the training with Lucrecia Mendoza Martínez.

The Value of English 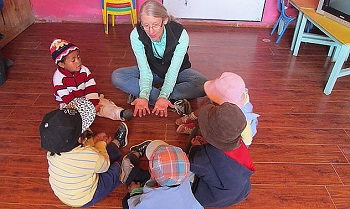 “As a volunteer with FEDICE, I am making a difference in indigenous communities. The leaders of the future, the children, are getting an enhanced curriculum because FEDICE has the foresight to provide this service of teaching English in these communities. It is a gift for the next generation."

Lent is a Time of Waiting 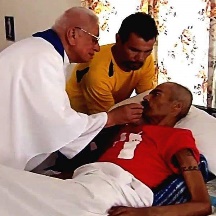 Reflection transforms the march of time into productive moments of change. That is what I love about Lent. This season of waiting turns us toward reflection on many levels.