How would you describe the mission of our partner in Honduras?

I am assigned to work with the social service arm of the Evangelical and Reformed Church in Honduras. I report to work in the Center for Vocational Education and Evangelical Reformed (CEVER). My day to day duties include supporting the administrator, school of social work, crisis intervention and devotions. Sometimes I am called upon to assist in the English and computer classes. The mission of CEVER is to provide vocational education and training to young men and women ages 14 – 30 with an emphasis on spiritual and moral development.

My second assignment is to a rural health clinic whose mission is to provide basic health care and nutritional support to the indigenous community of Subirana, Yoro, Honduras. The clinic has been closed for 4 years and the Synod wants to open it again.

I come to this work with a medical social work background as well as non-profit administration experience. My education and experience allow me to understand the intricacies of administrative work on a tight budget. I’ve done medical work in developing countries since 1995, so I’m familiar with the rewards and challenges.

10 I rejoice greatly in the Lord that at last you have renewed your concern for me. Indeed, you have been concerned, but you had no opportunity to show it. 11 I am not saying this because I am in need, for I have learned to be content whatever the circumstances. 12 I know what it is to be in need, and I know what it is to have plenty. I have learned the secret of being content in any and every situation, whether well fed or hungry, whether living in plenty or in want. 13 I can do everything through him who gives me strength. 14 Yet it was good of you to share in my troubles.”   Philippeans 4:10-14

Well, I can’t say I’ve learned the secret of contentment, especially if I am hungry or in want.  But, contentment is an emerging skill for me. I am a thousand times more content in this overseas life than I was before. Living with and among people with less is a great lesson in patience and contentment. People tell me all the time, “It is good of you to share in my troubles.”  Like Jesus shares mine.

What are some of the challenges facing the people of Honduras, our partner, or yourself?

The World Bank Citizen Security Coordinator for Latin America and the Caribbean, Rodrigo Serrano-Berthet, March 5, 2014, reports:  “From the formation of self-defense committees in Michoacán, Mexico and to the murder of a former Miss Venezuela, to gangs in Central America and the murder of police officers in Argentina at the hands of criminals, the lack of citizen security continues to be a leading concern of Latin Americans. The United Nations has qualified crime and violence as an “epidemic” and considers the region to be the most insecure in the world. In 2012, one in three inhabitants in the region was a victim of a crime, mainly theft.”  “The Latin American and Caribbean region is home to nearly 9% of the global population but accounts for over 30% of the world’s homicides. Seven of the 10 countries with the world’s highest homicide rates are in the region, and of the 50 cities with the highest rates in the world, 42 are in Latin America.”

Serrano-Berthet says that early intervention with youth living in high risk neighborhoods is the among the solutions to the problem of crime.  This is the work of our partner, CCD.

Crime, corruption, gangs and violence pervade every aspect of life in Honduras particularly life in the two major cities, Tegucigalpa and San Pedro Sula. The partner agency struggles with the effects of gang violence in the neighborhoods, effects that have increased dramatically in the last ten years. The police, the military and the political system are helpless to control the violence.  The prisons are controlled by the gangs and prisons routinely get week-end passes.  People live in fear.

In the rural areas people are affected by poverty, unemployment, underemployment and lack of clean, available water and schools that are underfunded.

Our mission is to establish the right environment for people to work and feed themselves.  When the basic needs are met, people can begin the process of moving the society forward in terms of education, medical care and political stability.

The lessons are many.  (1) Be open to the divine in everything you see and experience. While the problems are many, the spirit can be seen in the jubilant music and warm hospitality.  (2)  Tarry aplenty. You may learn something.  (3)  Listen rather than speak, learn rather than teach, go to church rather than sleep in.

Which films that have influenced your understanding of your country, work, or theology?

What is your favorite recipe for local food?

I am enjoying the eating and preparing the traditional foods. Lucky for me, I can buy refried beans in a foil pouch. (Yes, I can make them, too, but it takes time.) Put some mantaquilla (like sour cream only runny) on top. I can buy ready-made tortillas, called Rapiditos, in a store also.  (Yes, I can make those too, but don’t.) I like to grill the tortillas with cheese, like a grilled cheese sandwich. I make my own fresh chimol. Chimol is made with finely chopped tomato meat (without the seeds), finely chopped onion -- some people add green pepper but I don’t -- lime juice and fresh cilantro preferably from your garden. A slab of white cheese on the side. Rice made with red beans and coconut milk complete the meal.

In my library waiting to be read:

More from Maryjane and Donald 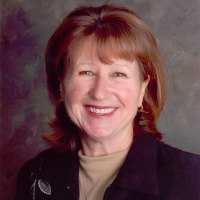 Make a gift that supports the work of Maryjane Westra