How would you describe the mission of our partner in Colombia?

Justapaz, the Mennonite Center for Justice, Peace and Nonviolent action has been doing prophetic peace-building work in Colombia for over twenty-five years. Though they work from an Anabaptist framework, Justapaz works with many different denominations to meet the needs of the communities they serve in the midst of violent conflict.  Colombia’s internal armed conflict has spanned over 50 years, and while the motivation behind the conflict is political and not religious, Protestant and evangelical churches (which comprise 10-15% of the population) have been heavily affected by the fighting. Justapaz currently has projects in conscientious objection to forced military service, human rights documentation, women’s rights and community-based peace-building.

In 2017, Justapaz joined three other Christian organizations (World Vision Colombia, Prison Fellowship Colombia and CORSOC) doing peace-building work as well as the International Baptist University and Seminary in Cali to create the Cafepaz Peace Studies Center. I am currently the national coordinator of Cafepaz. Cafepaz studies the intersection of Christianity, war and peace-building in Colombia.

I grew up in Latin America (the child of missionaries to Brazil), and have lived roughly half of my life in the U.S. and half in different countries in Latin America. From a young age, I’ve been interested in the relationship between the United States and Latin America… and Colombia is one of those places where the links are so very important. Much of the relationship between Colombia and the U.S. has focused on drugs and guns… I think we can do a lot better than that. I think as church in the United States we are called to be so much more than that.

“Where sin increased, grace abounded all the more.” Romans 5:20b (NRSV) Colombia is often associated with some of its negative traits, drugs and violence… but Colombia is a country full of beauty, full of grace. Romans 5:20b reminds me to open my eyes to the grace that abounds around me even when I’m in the midst of much suffering.

What are some of the challenges facing Justapaz, Cafepaz, the people of Colombia, and yourself?

Despite a promising peace accord signed between the FARC guerrilla and the Colombian government in late 2016, Colombia is still in an armed conflict that takes the lives of hundreds of civilians each year. Colombia currently has the largest population of internally displaced persons in the world, estimated to be around six million. As churches live in the midst of these challenges and seek to minister to the needs of their communities they are often caught up in this violence. Justapaz and Cafepaz document this suffering and advocate on behalf of the victims, which can be dangerous and challenging. Please pray for continued courage and steadfastness for all churches doing this brave work in Colombia.

What lesson have you learned working alongside Justapaz and Cafepaz that you would like to share with churches in the U.S.?

It goes back to Romans 5:20… in my personal paraphrase: where sin abounds, grace abounds even more. This is a powerful lesson that my Colombian partners, and Colombians in general, have taught me, and that is applicable everywhere. Churches in the U.S. also constantly face challenges and difficulties, and we can get into trouble when we focus only on the negative and forget to see the grace that abounds around us, no matter where we’re ministering, no matter what we’re facing.

Are there books that have shaped your understanding of your work in Colombia?

Which movies have shaped your understanding of your work in Colombia? 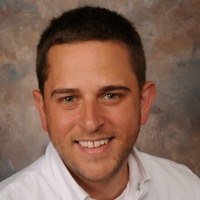 Michael Joseph serves with the Peace Commission of the Evangelical Council of Colombia (CEDECOL). His appointment is made possible by your gifts to Disciples Mission Fund, Our Church’s Wider Mission, and your special gifts.

Make a gift that supports the work of Michael Joseph