Watch Monica and Tom's presentation of their time in East Timor.(This can be downloaded for use in virtual Sunday School and worship.)

Who are our partners in East Timor and how do they make a difference?

The Protestant Church in East Timor (IPTL) is a Reformed Church in a mostly Roman Catholic country of 1 million people. During the Indonesian occupation of East Timor (1975-1999), the Protestant Church thrived because many Indonesian civil servants were members and had financial resources. After independence however, most of the Indonesians left, leaving only a few Timorese pastors and lay leaders to lead the ministry of the church. The majority of IPTL members are subsistence farmers and most of IPTL’s 55 congregations are scattered throughout the mountainous countryside. Through its outreach ministry foundation, the IPTL maintains two outpatient clinics, a rural vocational school and a variety of small-scale agricultural development projects. Pastors regularly travel long distances to visit rural congregations, and because there are so few pastors, many congregations lack leaders with training in ministry.

How do you fit in to the work of the partner?

Tom: One of the main challenges the IPTL faces is developing pastoral leadership for rural congregations. The IPTL has initiated a grassroots ministry training program to equip leaders with pastoral skills for religious and community leadership. Part of my work will be assisting with this initiative. In addition, I’ll share in the weekly ministry of preaching in local churches and Bible studies during the week. Another aspect of my work will be assisting the IPTL with its outreach ministry foundation which includes both health and education ministries in rural communities.

Monica: I will serves as doctor, working daily with the staff of Clinic Immanuel in Lospalos. I will provide direct patient care to the general outpatients; continue to teach clinical skills to the staff, especially regarding maternity care; work with clinic staff and local public health authorities to find, diagnose and treat TB patients in Lospalos; and re-vitalize the clinic’s nutrition programming. My work will assist the IPTL in its goal to remain a source of good quality medical care in the community, and as a presence in Lospalos, through the services of compassion and competence provided by Clinic Immanuel staff.

Tom: I believe the presence of mission personnel is vital for the witness of the church. Without it, the realities of the wider world and our global partners become abstract and impersonal. Mission personnel help develop the kind of relationships with global partners that make a difference for how U.S. congregations perceive the world, think theologically, and advocate for justice. Part of my call then, is sharing with U.S. congregations what it’s like for a small country to develop in the midst of our global economic system and what it means to be the church in such contexts. As a carpenter, emergency medical technician (EMT) and pastor, some aspect of my skill set is always useful in East Timor. Yet, my deepest call is simply to be involved in the life of the Timorese church. I love the people, I speak the language and when I’m there I never wonder whether God might want me to do something else.

Monica: In 2003, I had completed my doctorate in Naturopathic Medicine and was completing my certificate program in midwifery from Bastyr University in Seattle. I believe providence connected me and Tom to East Timor, by providing an opportunity for me to learn and to provide health care in this remote, underdeveloped fledgling nation on the other side of the world. The beauty mixed with the suffering that I experienced in East Timor in 2003 made its mark on me. After two months’ work there, we were preparing to return home. In our last week there, I had three different Timorese people ask me why I was returning to America. “There are many clinics in America,” one person said, “stay and help open a women’s clinic here.” The call to utilize my skills and to bear witness to the challenges of the Timorese people began then in 2003. Tom and I realize that we are blessed because we both continue to share a call to ministry over the last 12 years, with each of us having unique skills to bring to the setting.

Is there a Bible passage that has special meaning in your daily work or context?

A Timorese friend recently shared this text with me. It resonated immediately because I’ve witnessed the commitment and resiliency of pastors, lay leaders and clinic workers who do indeed “sow in tears.” The passage is both petition and proclamation. It embodies the hard reality of life while claiming the deep sense of hope that emerges when people come together in faith for the common good.

Monica: “From everyone who has been given much, much will be required.” Luke 12:48.

I first read this passage when I was in college, and I had begun to realize just how much I had been given in life, as a middle-class, educated, white female with loving, generous, conscientious parents. The meaning has motivated me for over 20 years now, and it has profound significance in the context of life and work in East Timor.

What are some of the issues the people of East Timor are facing?

Social and Economic: East Timor is emerging from centuries of Portuguese colonialism and a 25-year Indonesian military occupation. During the Indonesian period, Timorese people were divided against themselves, so part of the challenge is coming together, building trust and collaborating in building a just, sustainable future.

East Timor also has the blessing and curse of oil and gas resources in the Timor Sea. Since independence, revenue from the oil and gas has provided over 75% of the government’s annual budget. Among the challenges are developing a diversified economy, addressing grinding poverty, and developing the education, agricultural and health sectors. East Timor has also been engaged in a political struggle with powerful international players to get a just maritime boundary established in the Timor Sea that would give it access to all of the oil resources that it is entitled to under international law.

Health: In this nation of 1 million people, 70% of women give birth without a skilled birth attendant’s help. Most births occur far from medical care due to the lack of infrastructure and lack of midwives, nurses and doctors in rural areas. Almost half of children under 5 are malnourished and underweight. HIV prevalence is under 1%, but the disease is present and there is a lack of knowledge of AIDS in half the population. While AIDS may not have name recognition yet throughout the country, tuberculosis does. “TBC,” as it is locally called, is a major scourge in East Timor, where nearly everyone knows of a neighbor or family member who has been treated for, or died of, TB.

The Timorese Ministry of Health has worked hard since independence to improve the health sector. Cuba has trained hundreds of Timorese doctors and nurses. Cuban doctors have served throughout East Timor. But, due to the lack of good roads to so many villages, and problems regarding the most basic issues of health: sanitation, hygiene and nutrition, the disease burden remains unnecessarily high.

More from Monica and Tom 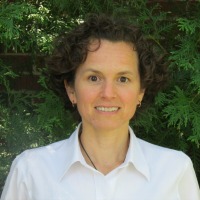 Monica Liddle serves with the Protestant Church of East Timor (IPTL) at Immanuel Clinic Lospalos. Her appointment is made possible by your gifts to Disciples Mission Fund, Our Church’s Wider Mission, and your special gifts.

Make a gift that supports the work of Monica Liddle