How would you describe the mission of our partner in Jordan?

The work of the Orthodox Initiative is to alleviate the suffering of the most vulnerable. The focus of our work is on refuges coming into Jordan from the on going violence and wars in Syria and Iraq.

My role with the Orthodox is in English Communications, running social media and the website, as well as many other jobs as they arise.

I seek to engage and live in and with a culture that is often demonized and antagonized by western thought and media so that I can show, in a small way, that another way is possible – a way of peace, humanity, and dignity.

What are some of the challenges?

Not speaking the language is the most difficult challenge. The language, whenever in the world, is the key to unlocking what is going on in people’s lives, how they think, how they act, and how they live. Not being able to engage with that on a deep level is extremely difficult and extremely limiting.

Collective thought and action are powerful tools. These tools can be used for good, and they can be used for bad. Think critically about your actions, your thoughts, and your way in the world, and how it plays out to the people that you cannot see.

Which books have influenced your understanding of your work? 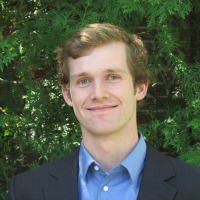 Nathaniel Bailey serves as a Global Mission Intern with The Orthodox Initiative in Jordan.

Make a gift that supports the work of Nathaniel Bailey