Written by the Evangelical Lutheran Church of Jordan and the Holy Land
January 16, 2014 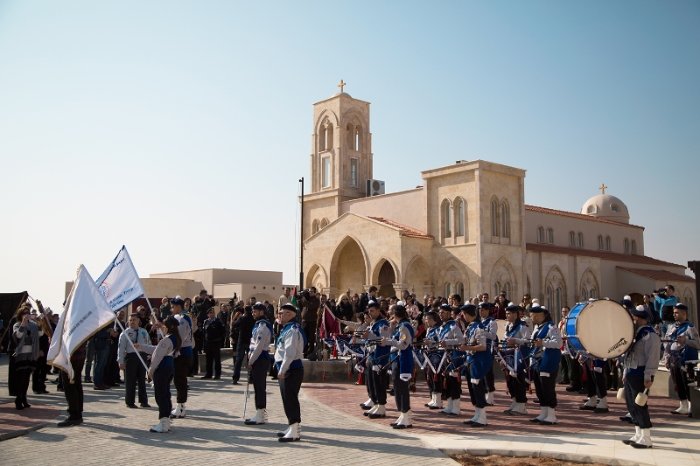 On January 6th, 2014, over 200 clergy, royalty, and guests joined the Evagelical Lutheran Church in Jordan and the Holy Land in dedicating the Evangelical Lutheran Church at Bethany-Beyond-the-Jordan under the patronage of King Abdullah II ibn al-Hussein, located at the spot where John the Baptist baptized Jesus in the Jordan River.

The Evangelical Lutheran Church in Jordan and the Holy Land was given 5 dunums of land at the Baptismal Site by His Majesty King Abdullah of the Hashemite Kingdom of Jordan in 2008, making the ELCJHL one of seven churches to receive land with the hopes that each of the local churches would create a church home and center of their own at the site so that they can invite their churches worldwide to use the site for pilgrimage and baptism. The groundbreaking of the church was on January 6, 2012 with Mr. Nabil Zaki Goussous, Principal Architect at Rukn Al Buna Architects, and Mr. Sani Kassabreh, the Principal Contractor, both serving on the project.

To learn more about the dedication of this church, you can visit the ELCJHL's website.