Youth and Community Center in Jordan

Read an update on the Youth and Community Center.

The Orthodox Initiative is a non-governmental organization based in Amman, Jordan working to address the refugee crises facing the country. A project of the Middle East Council of Churches and the Greek Orthodox Patriarchate of Jerusalem, the Orthodox Initiative was founded in August 2011, and is headed by His Beatitude Theophilos III, the Greek Orthodox Patriarch of Jerusalem. The Orthodox Initiative strives to assist the most vulnerable populations in Jordan, regardless of race, class, religion, nationality, and gender. As the conflicts in the Middle East continue, the work of the Orthodox Initiative has transformed into creating longer term projects, such as schools, youth centers, and nurseries, as these are sustainable answers to meet the needs of those in the community for years to come. While working on these projects, direct distributions are performed as needs arise in order to ease the daily burdens associated with life as a refugee.

Throughout the country of Jordan, there has been an influx of refugees from Syria and Iraq.  In 2011, violence broke out in Syria starting with popular protests, which quickly transformed into civil war.  The uncertainty of the situation forced families to resettle in neighboring countries, with many finding their way to Jordan on Syria’s southern border.  There are estimates of over 1.5 million total refugees from Syria in Jordan, both registered and unregistered. In 2014, Daesh (the Arabic acronym for the Islamic State of Iraq and Syria used in the region) began to acquire several territories in Iraq resulting in increased fighting throughout the country.  Christians have received particularly harsh treatment, being forced to convert, to pay a special tax, to leave, or to be killed.  While the exact numbers are difficult to calculate due to security reasons, there are estimates of over 500,000 Iraqi refugees in total, with 36,000 of them Christians.

Much attention in the area focuses on addressing the needs of refugees living in the camps in the North of Jordan. While life inside the camp may not be easy, residents have the basic support of aid infrastructure, with access to food, education, and health clinics. However, there are many unaddressed needs of those living outside of the camps throughout the country. Over 80 percent of refugees in Jordan are living outside of the camps, often adding extra steps and hurdles in receiving aid and assistance. To meet this need, the approach of the Orthodox Initiative is two-fold: providing emergency direct assistance while also expanding long-term, sustainable projects that focus on education and community building.

The Orthodox Initiative is nearing completion of the construction of a youth center and nursery in Karak. This center will provide safety and security for all members of the community, bringing together members of the entire community for social gatherings, youth activities, education, and workshops to build local capacity and empowerment. The local community in Karak has placed their support behind this project with the municipality and religious leadership committed to its success. The local university has begun looking at plans of partnership for graduate students to be involved in camps and teaching projects upon completion. A problem arose early on in this project of how to protect the youth center and nursery during the nights as it would sit idle and be subject to vandalism from rowdy youth. The local community took shifts to watch over the center, showing their desire to see its success through their willingness and support.

The Orthodox Initiative and the local church community are committed to establishing an Orthodox School in Karak. The school will serve all members of the wider community, including refugees from Syria, Iraq, and Palestine, as well as local Jordanians. Karak is in the middle of the country, and therefore has access to all populations of Jordanian society. Once completed, the School will offer educational opportunities, community building, and support to students, families, and friends.  The Orthodox Initiative recognizes the effectiveness of Christian-based schools in the region in providing equal opportunity, community bonding, and a strengthening of Christian presence in their local communities.  Currently, the Orthodox Initiative and the local church community are in the planning stages of building the Orthodox School in Karak.

The Orthodox Initiative continues to prioritize the importance of building a new youth and community center in Karak, Jordan. The center will provide a space for youth to participate in a variety of activities. In Jordan and the Middle East, young adults are often a group that is excluded or overlooked in conversations on relief efforts. The Orthodox Initiative believes it is crucial to empower the youth and create safe outlets for them to grow.

In the past year, the following additions have been made to further the progress of the new center’s construction:

The Orthodox Initiative continues to progress on the construction of the new youth and community center as funds become available.

The Orthodox Initiative is happy to announce that the construction of the Karak Youth and Community Center is nearing the final stage of the building process.  When construction is completed, the center will have ten bedrooms, four offices, bathrooms with six shower units and twelve toilet units, as well as a reception area, meeting room, dining room, and kitchen.

Much progress was been made in year 2017.All of the Center’s restrooms were completed and plumbing was connected for both restrooms and kitchens. Tile flooring was installed in hallways, and all bedrooms now have the necessary flooring and wall surfaces. Furthermore, mechanical work and electricity wash completed for the entire center in 2017.A back-up electricity system also was installed, which can provide electricity for up to four hours at a time when there are power outages.

The Orthodox Initiative estimates that $77,000 is yet needed to complete the final stage of construction. As a new meeting place bringing its communal vision to Karak, the upcoming completion of the youth and community center symbolizes a new beginning for all. It stands as a statement that there is room for everyone to be involved in the life of their community.

Global Ministries welcomes donations for the continuation of this project and extends thanks to all those who have given towards youth development and community wellbeing in the Middle East. 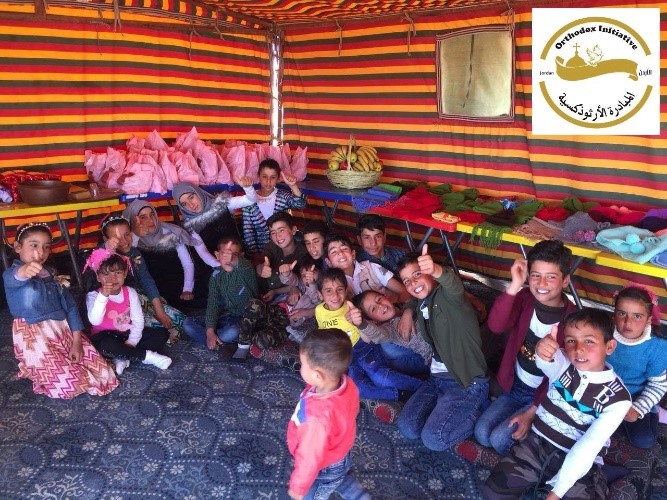 As Spring blossoms in the Middle East, the Orthodox Initiative in Jordan is putting the final touches on the Youth and Community Center in Karak. Over the years, significant focus has been put toward addressing the needs of refugees living in the camps in the North of Jordan; however, there are many unaddressed needs for those living outside of the camps throughout the country who are still looking for assistance. Around 80 percent of refugees in Jordan are living outside of the camps, a reality that often adds extra steps and hurdles in receiving aid and assistance. Here is where the Orthodox Initiative steps in—to help the most vulnerable communities providing direct assistance and long-term community building projects.

The Orthodox Initiative, a coalition of the Rum (Greek) Orthodox Church in the Middle East, began work on the Karak Youth Center in 2015. The center will provide safety and security for all members of the Jordanian community, including refugees from Syria, Iraq, and Palestine—as well as local Jordanians. The goal of the center is to bring together members of the entire society for social gatherings, youth activities, education, and workshops to build local capacity and empowerment. Over the years since the project began, the local community in Karak has placed their support behind this project with the municipality and religious leadership committed to see this project succeed. Many are anticipating the completion of construction, such as the local University, who is looking at ways to collaborate with the Orthodox Initiative to provide opportunities for graduate students to becoming involved through youth camps and teaching. 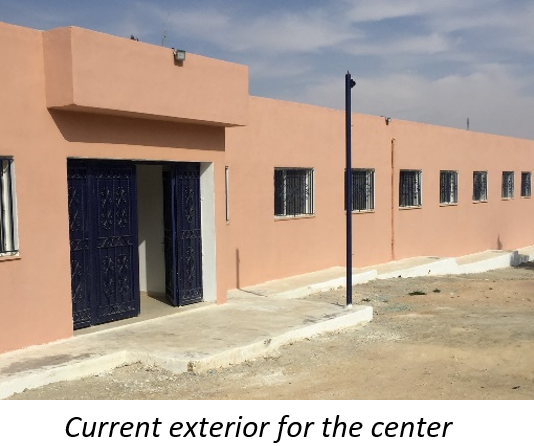 Currently, the Orthodox Initiative is working to finish the center’s boundary wall, put a final protecting layer on the roof, and complete aesthetics of the center. The center has been designed to reflect Jordanian Karaki design, including the use of local stone and colors with traditional engraving on both sides of the walls. Once the wall and building are complete, the final steps will be to open up the soccer field and basketball court.

Design drawing of the exterior wall

The first phase of the project was to construct a Community Center, which was completed in September 2018, and includes ten bedrooms, ten bathrooms with showers, and four administrative offices for Center employees. The Center also includes a conference room, a kitchen, a dining room, and a food service area. The facility is used to host workshops on such themes as capacity-building, training courses such as in first aid instruction, and youth retreats. The building was built with accessibility features for those with wheelchairs and visual impairments. Also, the Center meets the standards set by the Jordan Green Building Council, establishing it as a Green Building. The Community Center has a rich and lively indigenous tree ecology surrounding the structure, water collection and conservation systems installed, and uses solar panels for electricity. Eventually, the Orthodox Initiative plans to provide ecological education and organize environmental projects for the youth in the community. 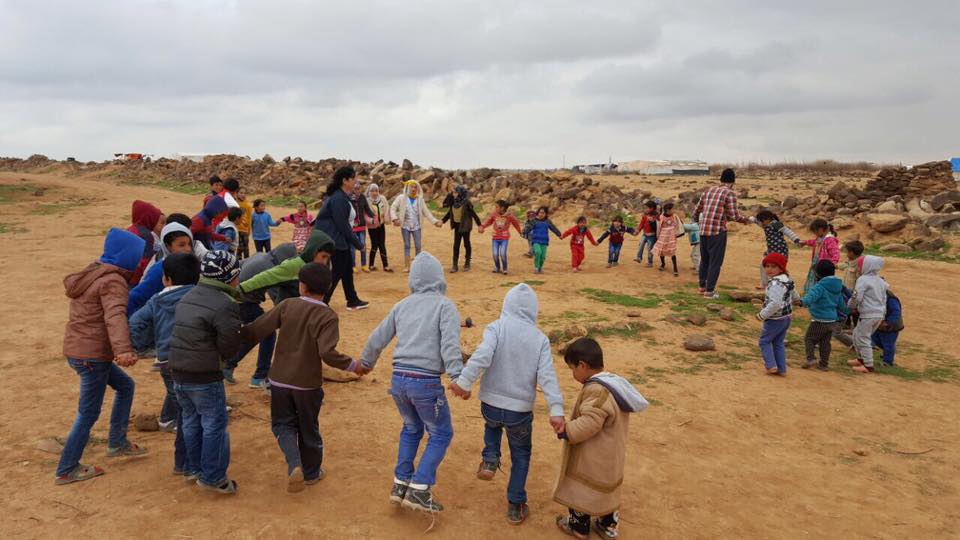 As the project has been progressing, the Orthodox Initiative has been intentional to use locally-sourced materials for the project construction. They also buy food from local vendors for construction workers and visitors. Many in the local community have been employed through this construction project as engineers, in logistics, or as laborers. Others in the community have expressed their satisfaction with the new project and report that the project is making their area livelier. Occasionally, neighbors living in the vicinity of the Community Center stop by to share homemade food, home-grown fruits, and express their hopes for the future.

Plans for the completed project can be seen below. 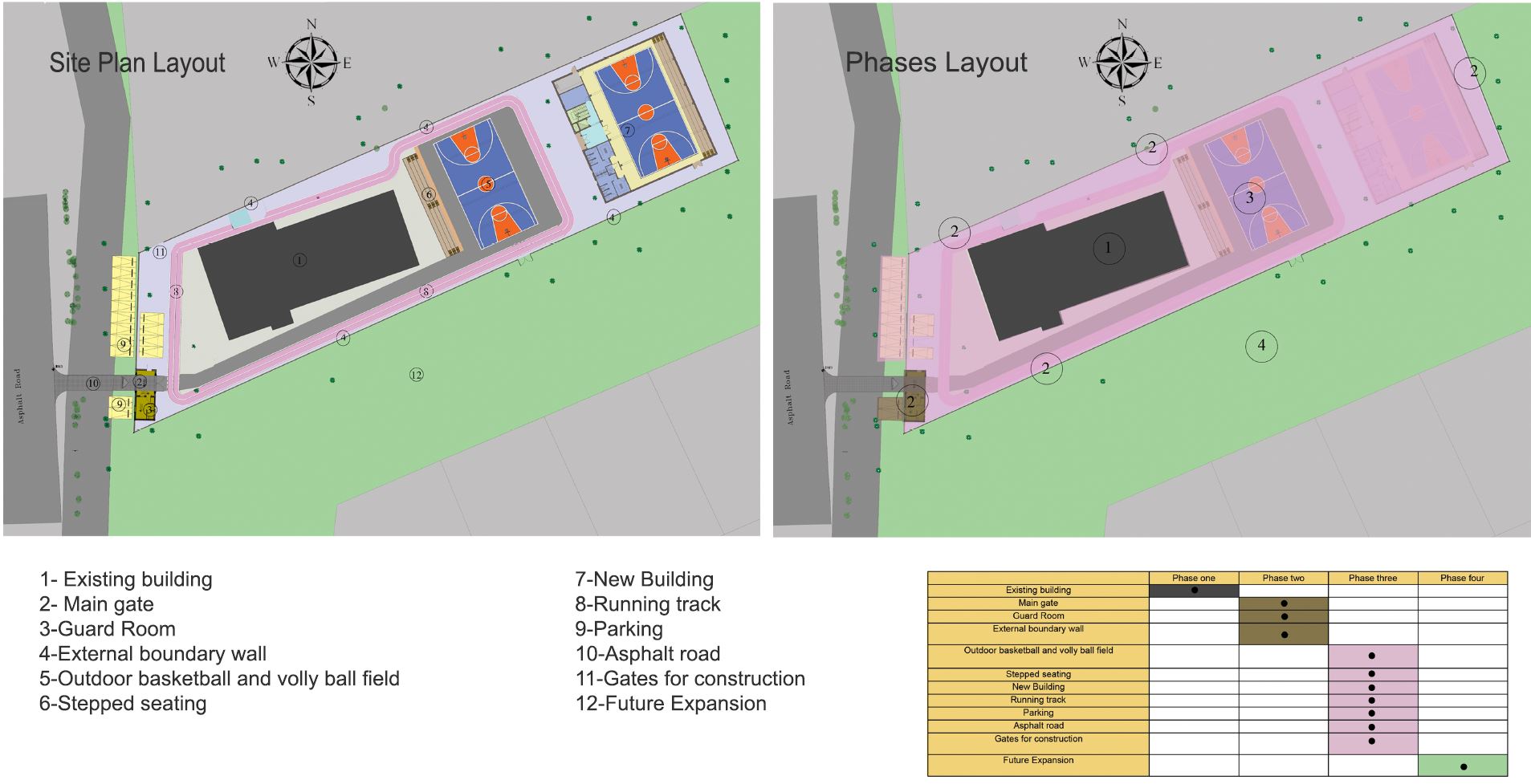 Recently, construction of the boundary wall gates, the guard room, and the concrete sloping for water drainage on the roof has been completed. However, as construction continues at the center, the Orthodox Initiative is working with local churches, partners, and supporters to ensure the integration of the center into the community. The Orthodox Initiative sees this center as an expression of Christian presence in the Middle East, offering education, nurturing inclusivity, celebrating diversity, and providing support for all members of society. In the future and after this center is completed, the Orthodox Initiative seeks to add a Sport Academy to provide an opportunity for social interaction, bringing Christian and Muslim youth together.

Twenty-five national faith leaders, including Disciples and UCC leaders, released a statement on...

Global Ministries is pleased to share the most recent newsletter from Rawdat El Zuhur School in...