How would you describe the mission of our partner in Mexico?

The vision of Hogar de Esperanza y Paz (Home of Hope and Peace – HEPAC) is to create a healthy community in Nogales where people don’t feel forced to risk their life crossing the desert into the U.S. in search of work to provide for their families.  The programs of HEPAC include Nutrition for Education which provides lunch for more than 100 schoolchildren from the most impoverished families in the community; Adult Education that is enabling 364 people to finish their elementary and high school education; Culture of Peace community workshops that teach skills for healing from trauma and violence, conflict resolution, and non-violent methods of seeking justice; educational Kids Camps during school vacation that focus on the Culture of Peace; and the Women’s Cooperative that produces medallions to commemorate the migrants who have died in the desert of southern Arizona.

I’m assisting the director of HEPAC with promotion and fundraising, and organizing delegations for groups that are interested in learning about the reality of Nogales and the work of HEPAC.

I’ve been supporting the human rights of people who have suffered the abuses of U.S. foreign and economic policy for more than 20 years – in El Salvador, Colombia and now on the Mexico/U.S. border.  As a U.S. citizen, I feel a responsibility to educate people about these abuses and to accompany individuals and groups that are struggling for justice.  I feel very blessed to be a member of HEPAC and to support their inspiring work to create a grassroots model of a more just society.

What are some of the challenges facing the people of Nogales?

The people of Nogales are the victims of U.S. “free trade” and immigration policies.  Corporations assemble products here in Mexico (where the minimum wage is $5 a day) and those products are able to easily cross the border into the U.S.  However, workers are prohibited from crossing that same border to seek better paying jobs in Arizona (where the minimum wage is $7.80 an hour).

People who cross into the U.S. in search of a way to provide for their families are risking arrest and death.   The militarization of the border with 5,100 Border Patrol agents stationed in Arizona forces migrants to cross through the most isolated and dangerous areas of the desert.  During 2012, more than 126,000 unauthorized immigrants were arrested in Arizona and 177 migrants died in the southern Arizona desert.

Please pray for the president and congressional representatives to recognize freedom of movement as a human right, and to approve just immigration reform that does not include further militarization of the border.

What lesson have you learned working alongside the staff HEPAC and the people of Nogales that you would like to share with churches in the U.S.?

A hopeful and inspiring response to unjust policies is to organize at the grassroots level to create alternative models that embody the vision of a more just society.  This is following in the steps of the disciples of Jesus: “The whole group of those who believed were of one heart and soul, and no one claimed private ownership of any possessions, but everything they owned was held in common…There was not a needy person among them, for as many as owned lands or houses sold them and brought the proceeds of what was sold.  They laid it at the apostles’ feet, and it was distributed to each as any had need.” Acts 4:32-35 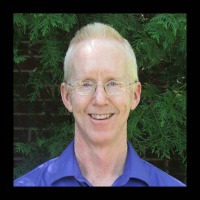 Scott Nicholson, a member of University Congregational UCC in Missoula, MT, serves with Hogar de Esperanza y Paz (Home of Hope and Peace), a community center located in the Bella Vista neighborhood of Nogales, Sonora on the Mexico-U.S. border.

Make a gift that supports the work of Scott Nicholson