Posted on Partners by Global Ministries (Disciples of Christ and United Church of Christ) · March 06, 2008 3:14 PM 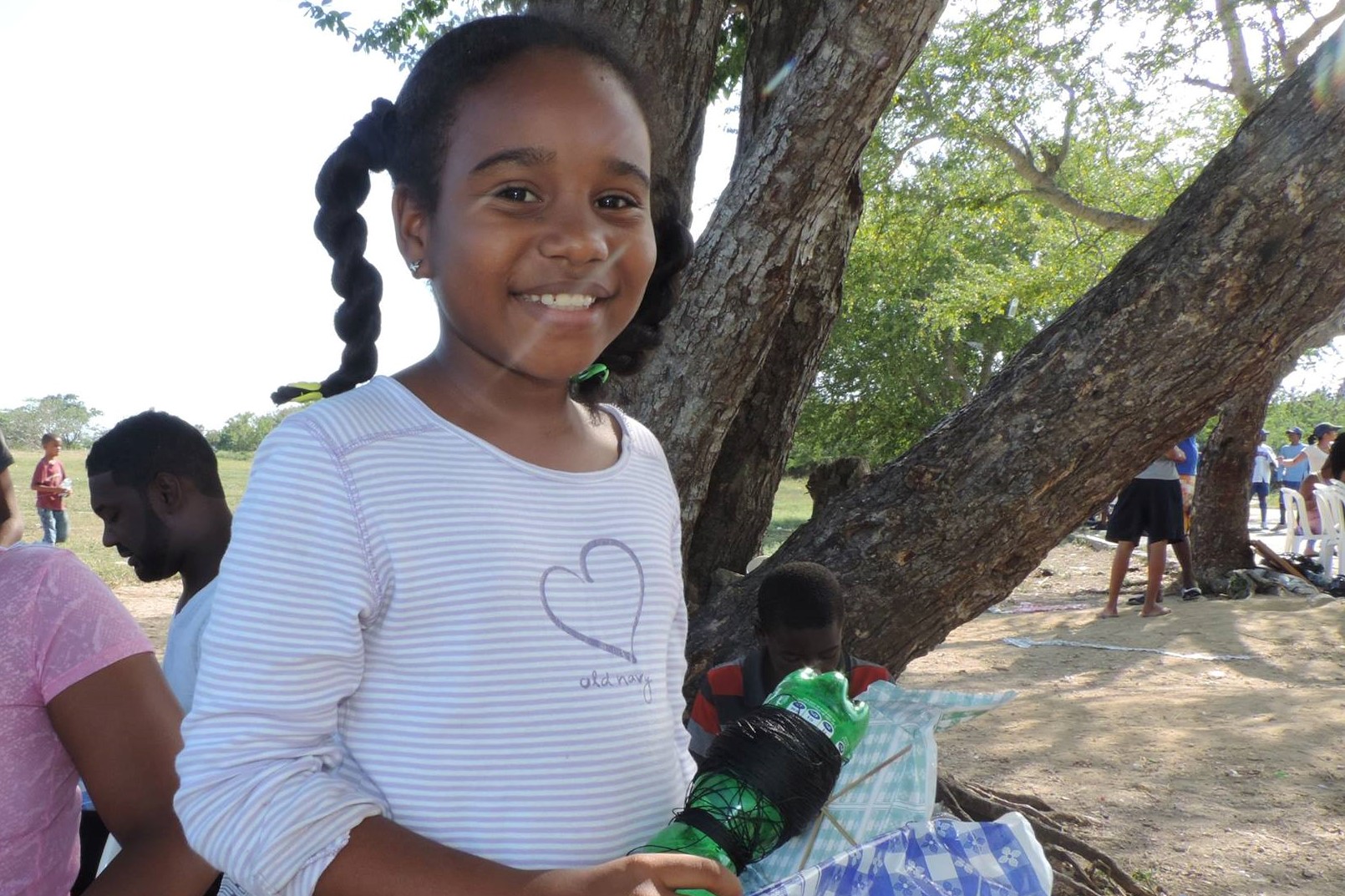 Alfalit Dominicano is a faith-based literacy program that is based in Santo Domingo, Dominican Republic. They work to serve students through literacy and basic education, preschool, and job skills programs. With approximately 900,000 individuals who remain illiterate in the Dominican Republic, their work is a valuable resource to individuals and communities. For more than 50 years, Alfalit Dominicano has pursued its mission and primary objectives related to promoting social development through education.

Alex Morse - Dominican Republic Yesterday, I started to look through and sort the thousands of pictures that I've taken here in the Dominican Republic. Things that at first seemed so different now seem so normal. For example I probably took about 100 pictures of lizards in my first month here, and spent hours trying to chase them out of my apartment. Now I just ignore them. They are a part of life here in Boca Chica. Just like the power outages, water outages, and motorcycles with four people on them. It was good looking at the pictures too, because at times it can feel like I've accomplished very little during my seven months here. I have yet to have a student of my English classes leave speaking fluent English, and for some reason AIDS still seems to be a problem, despite all the time I've spent giving talks, handing out brochures, and helping people get tested. But looking at the pictures reminded me that it is all part of a bigger picture, one that takes more time than a few months to develop. And, while I have no pictures to share of street children returning to their homes, I do have pictures of children who for a few hours have hope for a better future, a person with AIDS feeling a little less lonely, and street kids just being kids. This is one of the first pictures I came across. It was a week before Tropical Storm Noel hit the island. My parents were here visiting, and they wanted to see what it is that I am doing here, and so I brought them with me to see one of the locations where I am teaching English. There were 20 students in this group in the beginning, and now there is a group of about 13 that come every week. We meet in a classroom of the local elementary school. Most of the desks are either missing the wooden part of the seat or the wooden part of the desk, or both. We then have our weekly one hour class. I asked in the first week of class why each student wanted to learn English. Many said things like "to better myself," or "to have a better future," and then one said it a little more eloquently "English creates opportunities, without English you don't have a future here, you can't get a job." One of the things I will never need pictures to remember is the time I spent with Osvaldito. He died on the morning of December 6th from kidney failure caused by HIV/ AIDS. Despite all of the visits I had made there with my good friend Esperanza, the hours spent talking, and the trips to clinic getting him the medications he needed. He still passed away. This is one of my favorite pictures from my time with him. We were talking about the music playing on the little MP3 player in my hand, and my knees were still dirty from praying with him. He had been very depressed thinking about what future awaited his son. We were listening to Luis Segura an old but loved Bachata singer; bachata is sort of like our blues. He started to tell me how he loved to dance, and a few minutes later his sister was teaching me the basic step, and his mother was dancing with his son. After a few hours I had to go back home, but I promised that I would bring my guitar and play for him some time. I kept saying to myself the next time I visit I will bring the guitar. I finally did December 4th. At this point he was too weak to talk, but listened to the songs I was playing from a chalice hymnal, slowly bobbing his foot in beat, and grinning with his heavy eyes closed. It was the last time I saw him before he passed away. The last picture I came across was from an event that we had a little more recently. It was called the day of happiness. It was sponsored by Consorcio NINA. A group made up of the different organizations that work with children that live in the street, or in poverty. Most of the events these groups do are educationally focused. AIDS prevention, the rights of children, hygiene, what is abuse and who do you report it to. This event was different. This was a day for them

The island of Hispaniola is the home of both the Dominican Republic and Haiti. Both countries have shared the struggles of poverty, military dictatorships, and hurricanes. They also share beautiful beaches and pleasant warm weather. This island was one of the first conquered by the Europeans in the early 16th century. The indigenous population was wiped out and was replaced by African slaves. Now, opportunities are scarce and the economy is supported by money sent back to the island by those living in Puerto Rico or the United States. The economic measures established by the government have made life more difficult for the vast majority of the population which has taken to the street to demand justice. Pray for: The ministry of Xiomara Rosario-Savage, an ordained minister of the Evangelical Dominican Church, Co-Director of the Christian Center for Family Counseling as she provides new leadership to the institution in family counseling and therapy. ALFALIT Dominicano, an ecumenical literacy and development organization providing programs for children at risk. Mission Personnel Shannon Walker Shannon is a Global Mission Intern (GMI) and her is ministry is to work with Caminante's outreach ministry to children. This position relates to providing pastoral ministries to children living in situations of hopelessness due to their economic condition. Caminante is an ecumenical organization based in Boca, Chica, a tourist area, which is located near the International Airport of Santo Domingo. The purpose of Caminante is to serve children who are at risk of being drawn into prostitution as a result of the culture associated with the tourist economy in the Dominican Republic. Caminante seeks to help develop the self-esteem of these children by teaching Christian values and through education and recreational activities. Also, Caminante works closely with the families, churches, and the community to raise awareness regarding the complexity of this problem. A Global Mission Intern is appointed by the Common Global Ministries Board of the Christian Church (Disciples of Christ) and the United Church of Christ. This ministry is possible because of funds provided by the Week of Compassion of the Christian Church (Disciples of Christ). Partners Iglesia Evangelica Dominicana Acociacion Centro Cristiano de Asesoramiento Familiar (CECAF) Alfalit Domicano Servicio Social de Iglesias Dominicanas, Inc. (SSID) Proyecto Educativo Caminantes

In the course of this lecture I will want to draw your attention to the dissimilarity existing  between our churches. I will describe in some detail the present situation of German Protestant Churches. I will then point to some possi­ble fields of future activity in the context of our rela­tionship and thus take us from the past to the present with a glimpse of the future.

Here's an idea for summer camps or VBS from our Pacific Northwest MMI, Jennifer Russell.