Reflections on the Eighth Anniversary of Japan's Triple Disaster: Part 1

2018 was a tumultuous year in many ways.

Personally, I had to say goodbye to several dear friends, one of whom was Teruko Enomoto, the founder of the Bazaar Café. 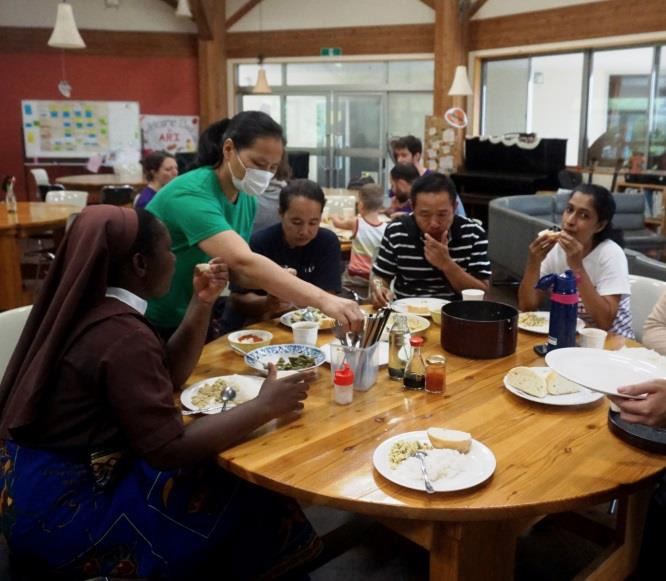 In the third week of October, we can feel fall in the air here in Tochigi, Japan. Some days are still warm, but nights are pretty cool. We expected to see changing leaves, but they are still green, and the changes are in the mountains, we hear. September was busy with many visitors – university classes coming to gain experience in organic agriculture, Rotary clubs and women’s groups. Mealtimes were spent explaining to visitors our role as short term Global Mission Coworkers and why we are here! 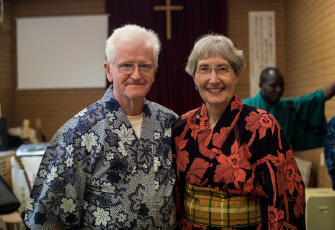 In September, 2018, Asian Rural Institute (ARI) life is as we remembered it from 2013 – welcoming smiles, camaraderie, hard work, learning by doing, and everything that comes with a community sharing a common life together. The special blessing of returning is renewing friendships and also meeting a whole new class of participants and volunteers. We are grateful to Global Ministries, an ARI partner for their support.

The Fragrance of Christ

One thing I like about late September in Japan are the Kin-moku-sei trees (osmanthus) in blossom. The flowers are small and hardly visible hidden amidst the dark green leaves. But the fragrance is so special that I find myself taking a deep breath to catch more of this seasonal blessing.

Life giving God, we pray for your healing grace for people in Japan, where severe heat, torrential rains and landslides have taken precious lives and left people in despair.

For those who have lost loved ones, we ask for your comfort.

For those who have lost their homes and means of livelihood, we ask for your guidance. May they be given the assistance needed to restore their lives.

We pray also for the people in Fukushima, who suffer from health problems caused by the nuclear disaster and are still anxious about their future.

May the leaders of Japan make wise policy choices that are safe for the environment and future generations.

We pray for the people of Okinawa, who mourn the passing of Governor Onaga, a tireless leader standing up against the Japanese government in the pursuit of peace and justice for the people of those islands. We ask for your blessings on the upcoming elections and on the continued work for peace.

We pray for the Bazaar Café Ministry in Kyoto. May it continue to be a healing community grounded in your love.

We pray in the name of Jesus Christ, who brought healing to those he touched, and continues to be our inspiration for healing and peace.

The Sin of Nuclear Weapons

This is part of the UCC's Getting to the Root of It series and was originally posted here.

August 6 and August 9 are the anniversaries of the only two instances where nuclear weapons were used as a tool of warfare. August 6, 1945 at 8:15am was when the first atomic bomb was dropped over Hiroshima and August 9, 1945 at 11:01am was when the second was dropped over Nagasaki. Both bombs leveled the cities and killed more than 150,000 people, half of whom were killed the day of the bombings from the explosion and ensuing fire, while the other half were killed in the days, weeks, months, and years that followed. The exact number of victims is still unknown.