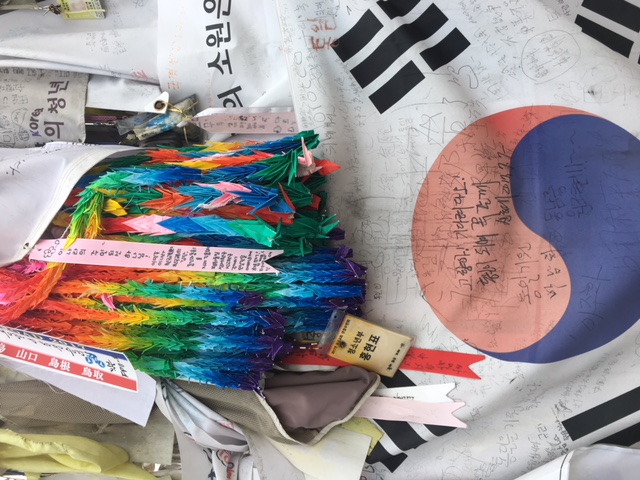 “For he is our peace; in his flesh he has made both groups into one and has broken down the dividing wall, that is, the hostility between us.” (Ephesians 2:14)

God’s vision for this world sees swords being beaten into plowshares (Isaiah 2:4), nations gathering together under the light of God’s justice and peace, sisters and brothers once in conflict embracing each other, and all God’s children fearing neither hunger, nor thirst nor threats of war. So long as nations practice invading each other, developing bombs and missiles to destroy each other, and refusing to sit at the table until unrealistic conditions are met then we move further away from God’s vision for our world. We invite Christians around the world and all people of good will to join us as we walk the path of peace with our God proclaiming the promise that God will one day redeem this whole creation.

In the Olympic Spirit, A Call for Peace in Korea 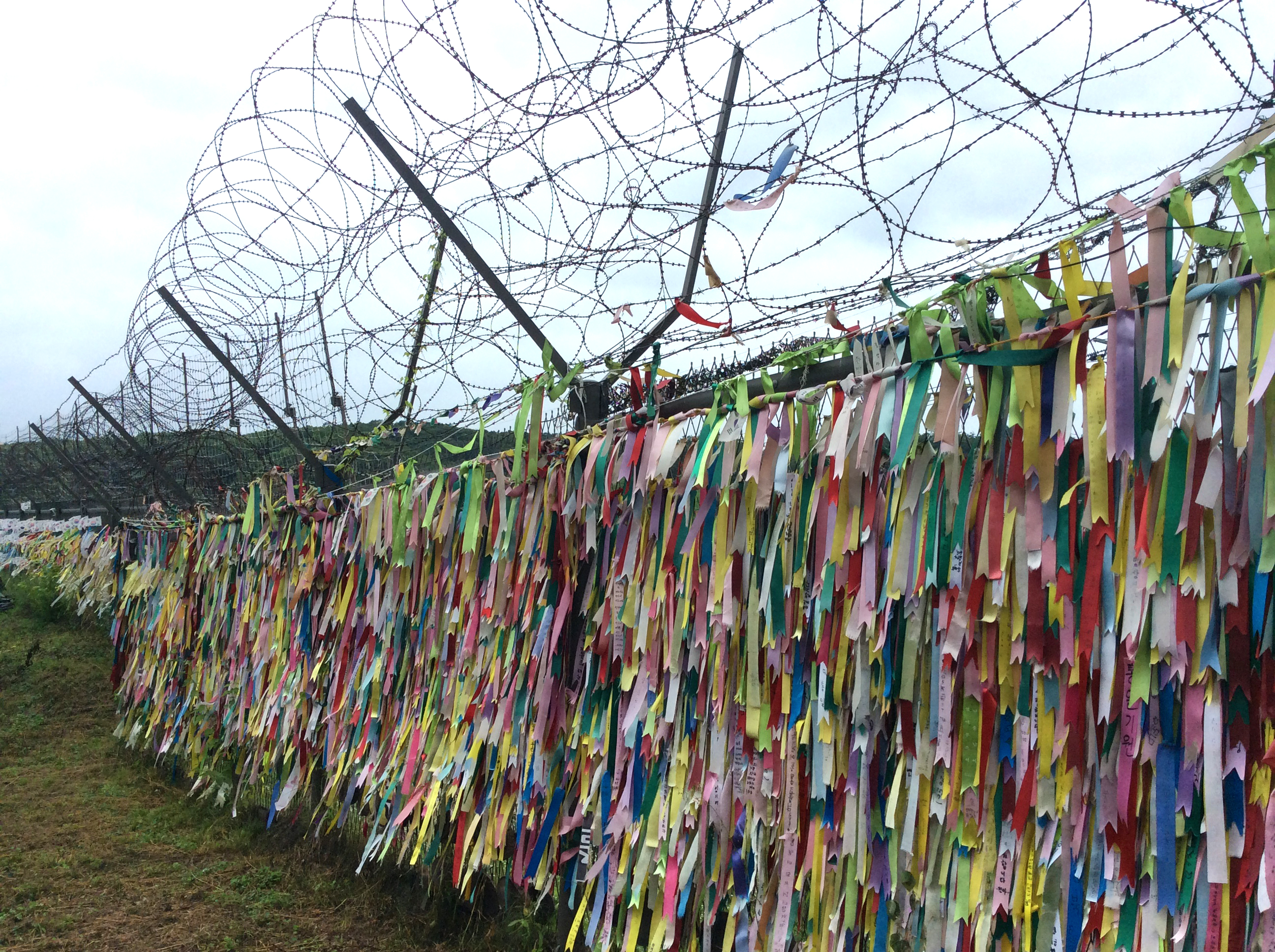 Friday, February 9 was the official start to the 2018 Winter Olympics in PyeongChang, South Korea. In the run up to these Olympics, it was unclear if North Korea would send a delegation or if they would use this global event to show their strength by testing more missiles and nuclear devices. The world breathed a sigh of relief when it was announced that there would be a delegation from the North and they would march with the South Korean delegation under one flag and even have a combined women’s hockey team.

The State of Our Partners

Last night President Trump opened his address to Congress by proclaiming that "The state of our union is strong," followed by his assessment of his agenda in 2017, and laying out a vision for what 2018 might hold. We feel it is appropriate to provide our own brief review of the United States' impact on our brothers and sisters in Christ around the world through their own words. 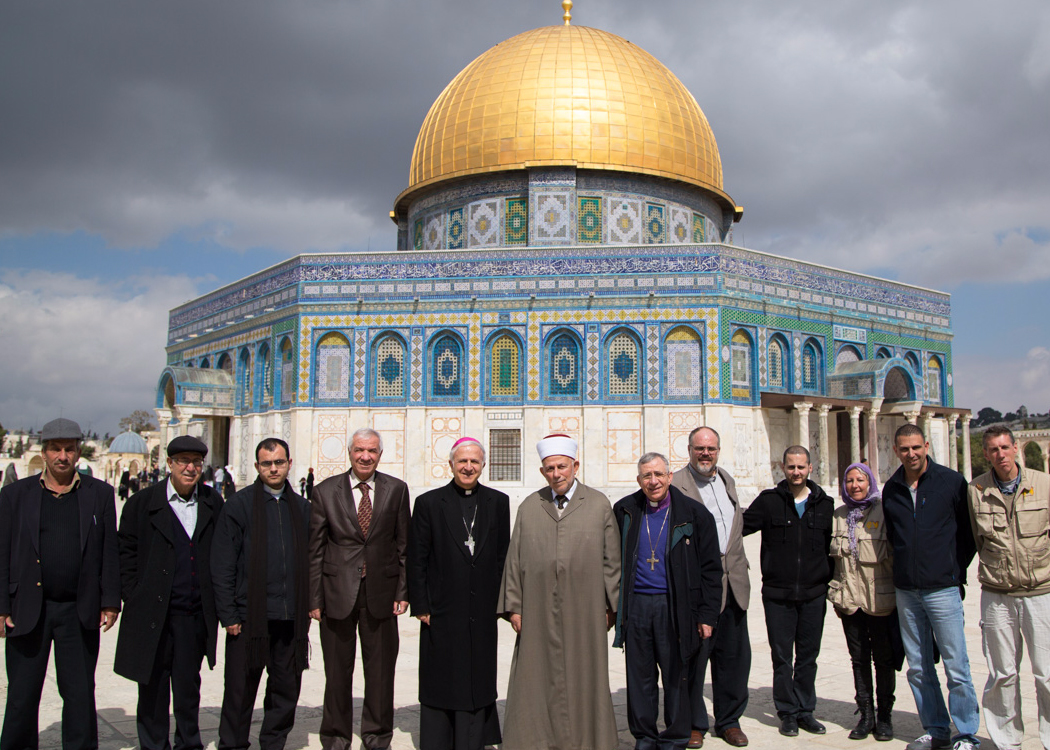 On the president's decision to reduce the number of refugees admitted to the United States, and to block travelers from seven Muslim majority countries, we heard from Bishop Emeritus Munib Younan of the Evangelical Lutheran Church in Jordan and the Holy Land:

I am worried, not only for those who can no longer enter your country, but for the safety of my neighbors in this region. I am afraid that the decision to deny entry for citizens of seven Muslim-majority countries while suggesting preferential treatment for Christians from those same countries will be harmful to many smaller communities in the region. This approach will be especially harmful to Arab Christians. In the Arab world, Christians have a long history of living side by side with our Muslim neighbors. We reject any move to divide Arab society along religious lines, and continue to see ourselves as deserving equal citizenship with equal rights and equal responsibilities.

I am worried, because I myself am a refugee, and know firsthand the struggles refugee families face. At the same time, as a Lutheran bishop, I know that turning away refugees of any religion contradicts the message of Jesus Christ. Jesus himself was also a refugee, who sought refuge and safety with his family in Egypt. Throughout his life, through his teaching and his actions, Jesus showed concern for the stranger and the outcast. Read the full letter

As a result of this decision, approximately 80,000 refugees who would have received safety and the opportunity to work for a new life in the United States, have been left in refugee camps or have opted for more dangerous routes to escape persecution. The lack of American leadership in the program was cited by many other governments as an excuse to reduce their resettlement efforts as well. Islamophobic retweets by the president also prompted rebuke from American faith leaders.

Relocation of US Embassy to Jerusalem

The President also further hindered the possibility of peace between Palestinians and Israelis with his decision to relocate the United States Embassy to Jerusalem. A move that was widely decried by partners and the international community. This action provoked the Heads of Churches in Jerusalem to write an open letter to the president saying:

Our solemn advice and plea is for the United States to continue recognizing the present international status of Jerusalem. Any sudden changes would cause irreparable harm. We are confident that, with strong support from our friends, Israelis and Palestinians can work towards negotiating a sustainable and just peace, benefiting all who long for the Holy City of Jerusalem to fulfill its destiny. The Holy City can be shared and fully enjoyed once a political process helps liberate the hearts of all people that live within it from the conditions of conflict and destructiveness that they are experiencing. Read the full letter

In a letter from the South Africa Synod of the United Congregational Churches of Southern Africa, partners responded saying:

We found his announcement of treating Jerusalem as a capital city of the Israeli government manipulative and misleading. This utterance insinuates that Jerusalem only belongs to the State of Israel and that Palestinians are aliens in the area. Nothing could be further from the truth than President Trump’s dangerous insinuation. His utterances feed into the wrong notions that Palestinians are not children of Abraham hence aliens in the area. Read the full letter

Last night the president also called on Americans to continue to support recovery efforts in Puerto Rico where, four months after Hurricane Maria, tens of thousands of citizens remain without power. There was no hint of irony in his statement, even though just the day before, aid to Puerto Rico had been dramatically reduced. In the midst of the worst disaster on the island in recent memory, Global Ministries and partners responded immediately to the needs of the communities. A webinar was held with Miguel Antonio Morales, General Pastor of the Christian Church (Disciples of Christ in Puerto Rico), prayers were lifted up from Rev. Edward Rivera-Santiago, General Pastor, United Evangelical Church of Puerto Rico, and we were moved by the testimonios, of the individuals serving as wounded healers. Much work remains to be done, and you can hear a vision for a more hurricane resilient and sustainable future for Puerto Rico in a webinar on February 15th, with Juan Rosario Moldanado of Amaneser 2025. 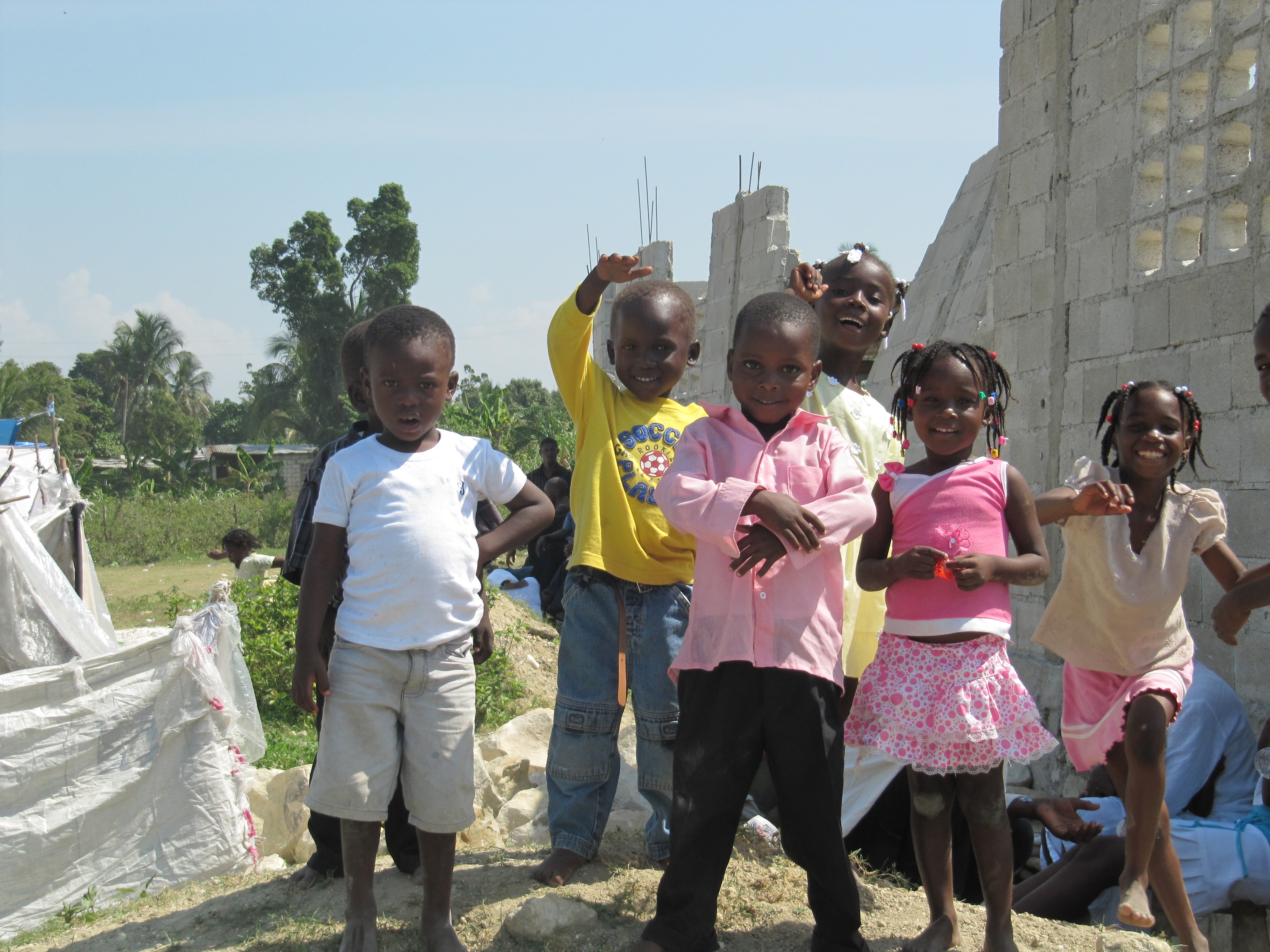 Partners in several countries replied with words of thanks when Global Ministries shared our letter to the President with them, calling on him to apologize for his hurtful and offensive descriptions of Haiti, El Salvador, and the countries of Africa. The affirmation that "We are Family...No Matter What" prompted many partners to reply with messages echoing that our bond as brothers and sisters would not be overshadowed by the words of government leaders.

Consideration of military intervention in Venezuela

In Venezuela, as the country sought a way forward in the midst of economic uncertainty and political instability, President Trump openly considered military actions against the current government. This prompted a letter from Global Ministries and the leadership of the Christian Church (Disciples of Christ) and the United Church of Christ. While the military option was not further pursued, the words of that letter still bear an important reminder:

Global Ministries has been engaged in a relationship of solidarity and accompaniment with the people of Venezuela for more than 60 years. As such, we have walked alongside Venezuelans throughout various moments in the history of that nation. As we watched the news of the recent election, we would like to share with you our deep concern for the people of Venezuela and their future. We are deeply convinced that any US military intervention in Venezuela would exacerbate the current crisis and could bring back the darkest pages in the history of the country when the military overthrew civil governments to install dictatorships and de facto presidencies. Every time Venezuela has suffered a military episode in its recent times, the lives of the poorest and the most vulnerable population have been severely damaged. Read the full letter

So do not fear, for I am with you; do not be dismayed, for I am your God. I will strengthen you and help you; I will uphold you with my righteous right hand. Isaiah 41:10

Happy New Year! Lunar New Year’s Day, also known as Korean New Year or Seollal, marks the first day of the Korean lunar calendar. This year, the year of the dog, the holiday will be celebrated in mid-February. Businesses and offices are closed, and subway trains and streets are less crowded. While many Koreans travel to visit family and friends, members of the Filipino community gather to celebrate the Anniversary of KASAMMAKO (The Unity of Filipino Migrant Workers Association in Korea).

During Advent, WCC invites the world to “A Light of Peace”

Posted by the World Council of Churches here

In a global campaign, the World Council of Churches (WCC) invites people across the globe to extend “A Light of Peace” for the Korean Peninsula and for a world free from nuclear weapons.

Posted on News by Global Ministries (Disciples of Christ and United Church of Christ) · August 10, 2017 3:31 PM 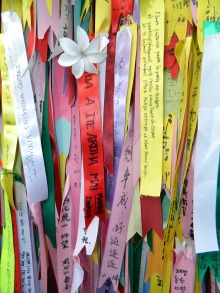 Responding to rising tensions and threats between the United States President and President Kim Jong-un of North Korea, the National Council of Churches in Korea on August 10, 2017 sent an "Emergency Letter To President Moon Jae-In Urging Immediate Dialogue" with North Korea in order "to independently resolve the neo-Cold War crisis in the Korean peninsula."

See also: August 13 Sunday of Prayer for the Peaceful Reunification of the Korean Peninsula

"We stand with our partners and the international faith community in saying this is wrong—the excessive militarization and the escalating hostility must end, before a war that is truly devastating begins."
Derek Duncan, area executive for East Asia and the Pacific

“Let Us Pursue What Makes for Peace and for Mutual Upbuilding”

On August 13 you can join the churches in the world in celebrating the “Sunday of Prayer for the Peaceful Reunification of the Korean Peninsula” using the following prayer prepared by the churches of North Korea and South Korea. 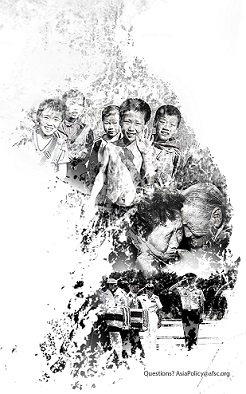 Both the National Council of Churches in Korea (NCCK) in South Korea and the Korean Christian Federation (KCF) in North Korea worked together to prepare this Joint Easter Community Prayer.