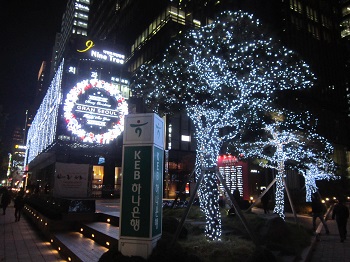 It’s that time of the year!  Thermal underwear, heavy winter coats, and hot chocolate... The freezing, cold temperatures, coupled with a strong gush of wind and the occasional slight snow, signals that winter is here!  With the presence of winter, it begins to look a lot like Christmas.

International Ecumenical Conference on a Peace Treaty  for the Korean Peninsula

13 But now in Christ Jesus you who once were far off have been brought near by the blood of Christ. 14 For he is our peace; in his flesh he has made both groups into one and has broken down the dividing wall, that is, the hostility between us. 15 He has abolished the law with its commandments and ordinances, that he might create in himself one new humanity in place of the two, thus making peace, 16 and might reconcile both groups to God in one body through the cross, thus putting to death that hostility through it. 17 So he came and proclaimed peace to you who were far off and peace to those who were near; 18 for through him both of us have access in one Spirit to the Father. 19 So then you are no longer strangers and aliens, but you are citizens with the saints and also members of the household of God, 20 built upon the foundation of the apostles and prophets, with Christ Jesus himself as the cornerstone. 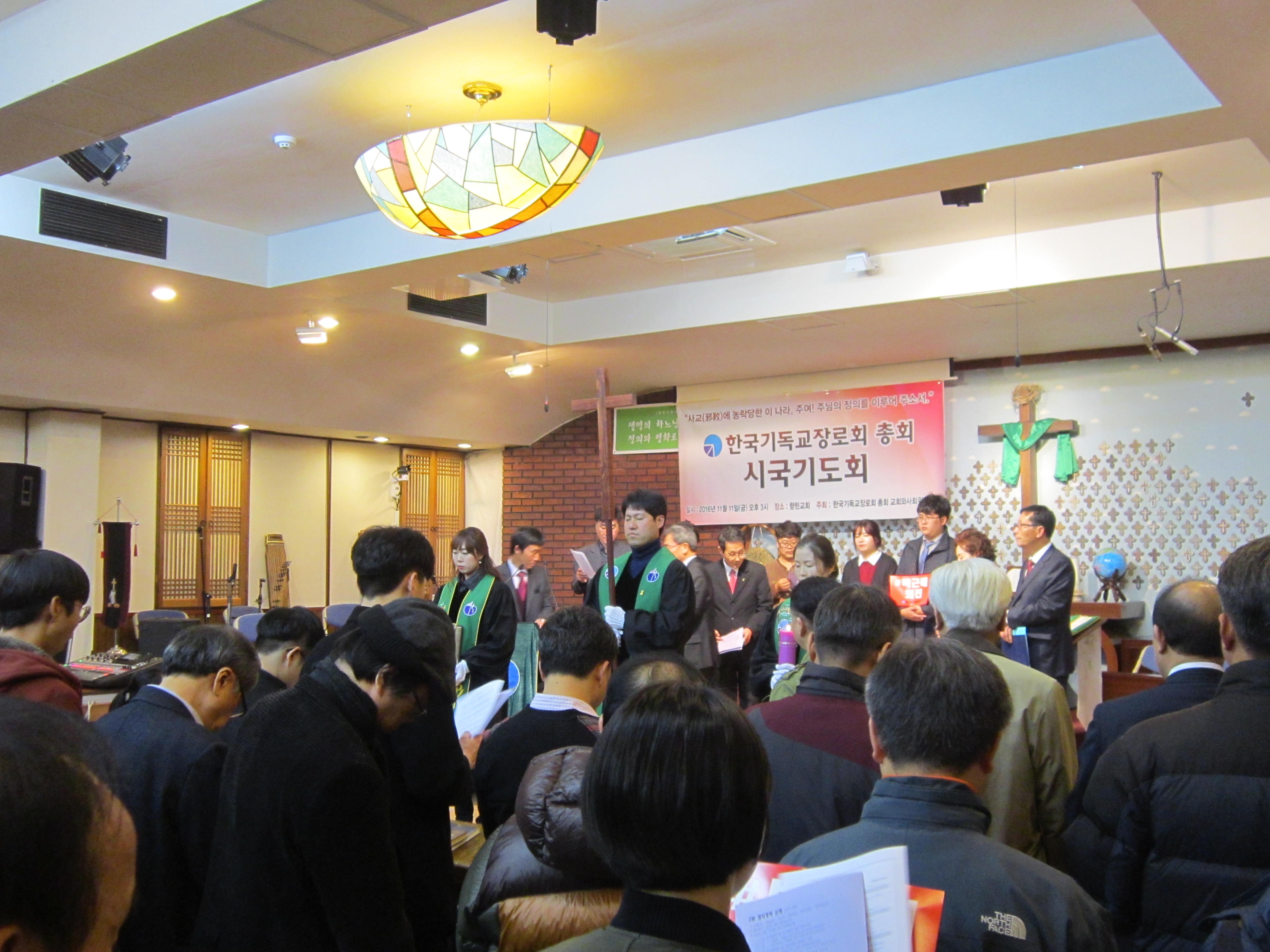 You are our strength and our song. Thank you for each day in which you allow us to experience, trust, and receive your unfailing love. From the depths of our hearts, we sing praises unto you. God of love and peace, guide us by the wisdom, power, and truth of your word. 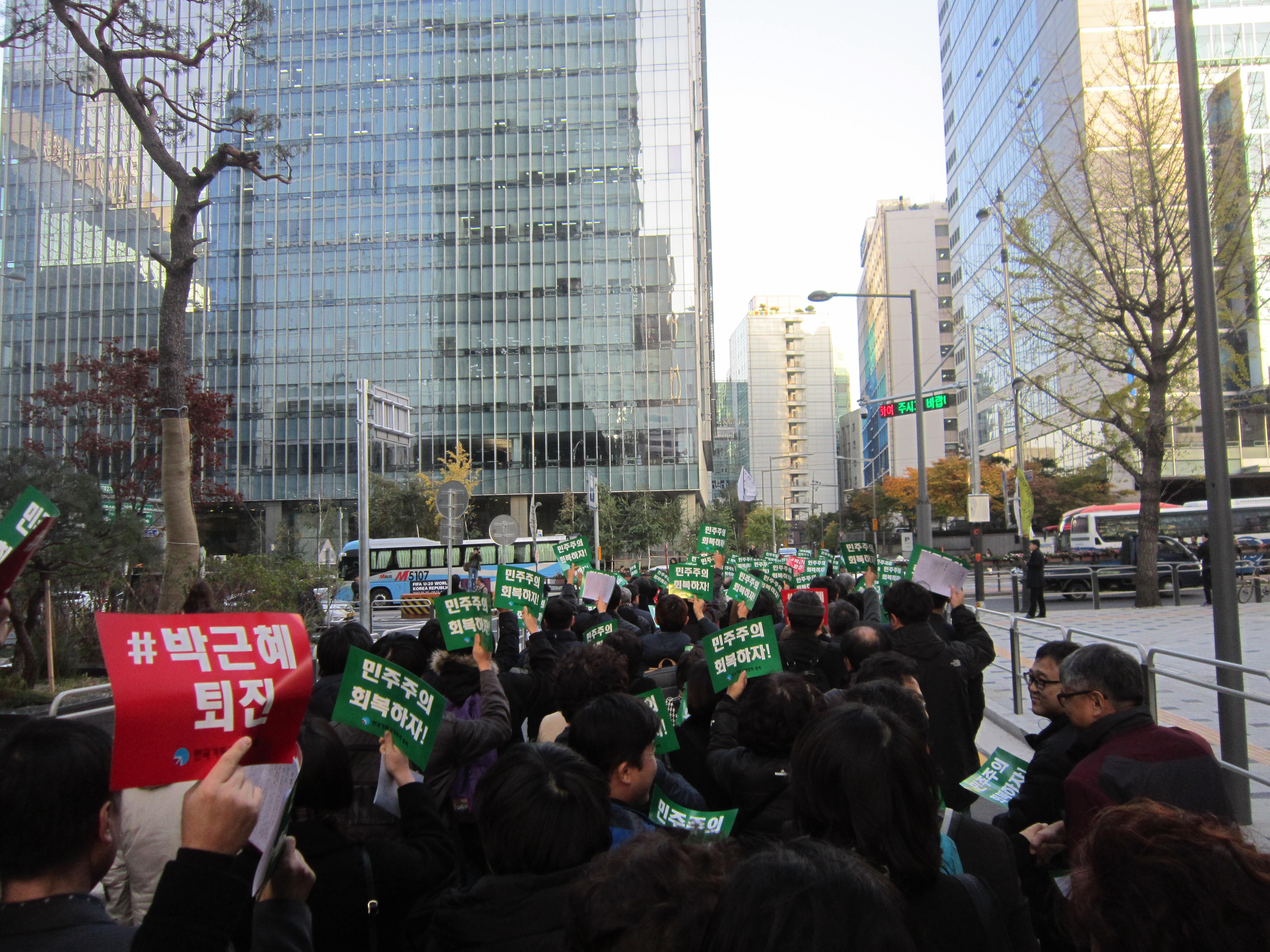 Lord, quietly whisper in our ears and give us a gentle nudge to remind us to take time out to reflect on your truths throughout the course of our day. Speak to our consciousness, so that we will never forget to remain watchful because no one knows the day or hour of the coming of your Son, Jesus Christ. Ignite our hearts and minds to always be in the state of preparing so that we will be ready for the day of His return.

Let us not fall asleep on our duties thinking, “Oh, I have plenty time.” Empower us to be purposeful in spending time in your presence, walking in obedience and in our purpose, loving our neighbors as ourselves, living out the Great Commission, standing against every form of injustice, and being the voice for the voiceless.

Lord, we thank You and honor You. In Jesus name we pray, 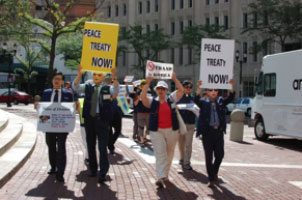 In the summer of 2015, both the Christian Church (Disciples of Christ) and United Church of Christ passed a resolution: "A Call For Peace, Justice And Reunification In The Korean Peninsula." Since then, Global Ministries has worked with our global partners and engaged with advocates across the U.S. to advance this goal. This work is more important and urgent than it has been in decades, with North Korea recently firing missiles despite international pressure against such a move and tensions ever increasing between the two nations.

Dr. Suh was born in Kanggye, Korea, near the border with China, in 1931 under Japanese occupation. In his childhood he was forced to speak Japanese and even change his Korean surname.

Liturgy for the Peace and Reunification of the Korean Peninsula

This is recommended for use by partners on the Sunday before Aug. 15, as a sign of solidarity and desire for reunification and peace on the Korean peninsula. 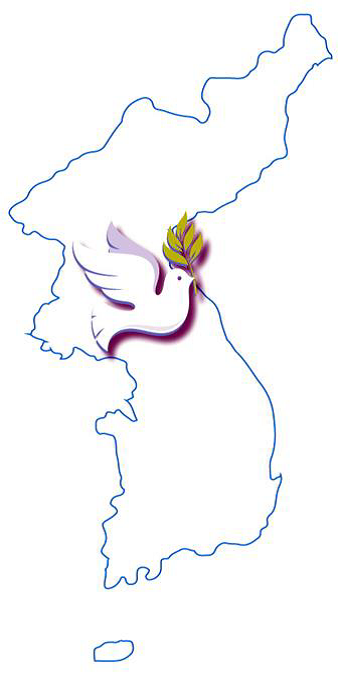 KOREA: TOWARDS UNITY IN THE BOND OF PEACE

“Make every effort to keep the unity of the Spirit through the bond of peace”
(Ephesians 4:3)

The Honorable Ashton B. Carter
US Secretary of Defense
1000 Defense Pentagon
Washington, DC 20301-1000

Getting to the Root: Time for a Korea Peace Treaty

[The following commentary is adapted from one originally appearing as part of the United Church of Christ's Getting to the Root series.]

Take Action ! Sign the Petition for a Korea Peace Treaty

Romans 14:19: “Let us then pursue what makes for peace and for mutual upbuilding.”

The U.S. just celebrated its Independence Day. In Korea August 15th is celebrated as Liberation Day, the date of Korea’s Liberation from Japanese colonization at the end of World War II. It’s a date marked by both South Korea and North Korea, as many regard the two states as one country whose shared history and future are but momentarily, if tragically, divided by the circumstances of war and politics.