20th Anniversary of the Guatemalan Accords: Peace through Generations 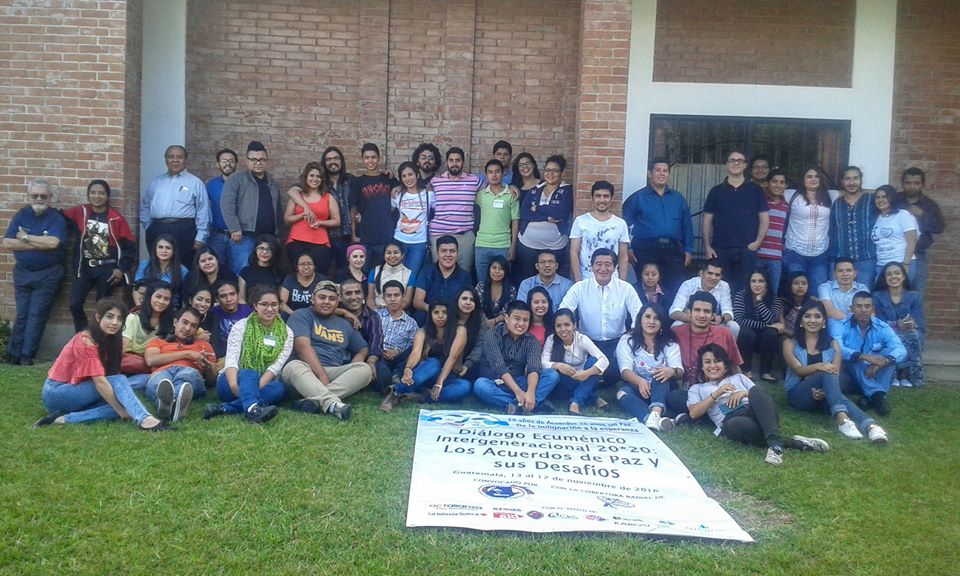 On 29 December 1996, a peace agreement was signed by the government of Guatemala and the Guatemalan National Revolutionary Unity officially ending the 36-year civil war. This historical event happened thanks to the spiritual, pastoral, economic, and political accompaniment of the Ecumenical Council, which included the World Council of Churches, the National Council of Christian Churches in the USA, the Latin American Council of Churches, the Lutheran World Federation, the United Church of Canada, and Global Ministries as well as the blessing of Pope John Paul II. 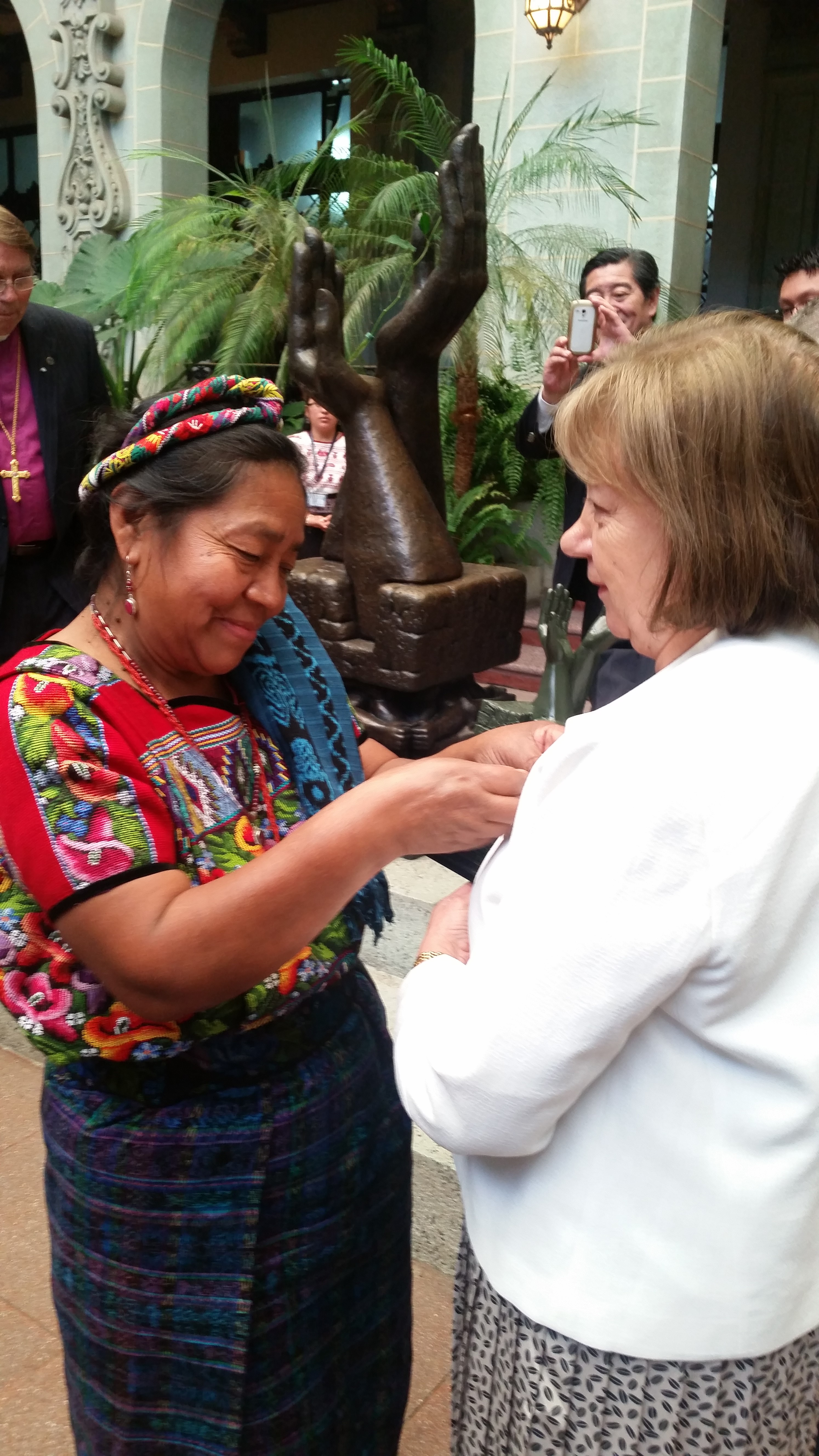 On November 14-18, 2016, the Ecumenical Christian Council of Guatemala celebrated the 20th anniversary of the signing. As churches and the ecumenical movement in Guatemala, 30 leaders from the organizations that participated in the signing of the Accords renewed their prophetic commitment to the consolidation of peace through the empowerment of young men and women. To achieve this, ECCG organized an intergenerational dialogue with more than 50 young participants from Guatemala, El Salvador, Nicaragua, Honduras, and Colombia, as well as activities to express recognition to those ecumenical councils in the world, to invite them to keep the accompaniment on the process of deepening the peace efforts in Guatemala and in the rest of Latin America and the Caribbean, and to empower the new generations to continue working on the peace agenda for the next 20 years.

During the November celebration, the international guests visited churches to learn about what has been achieved in the past 20 years and the pending agenda in the fulfillment of the Peace Accords. Also, they participated in the “Changing of the Rose of Peace” event at the National Cultural Palace in Ciudad Guatemala. 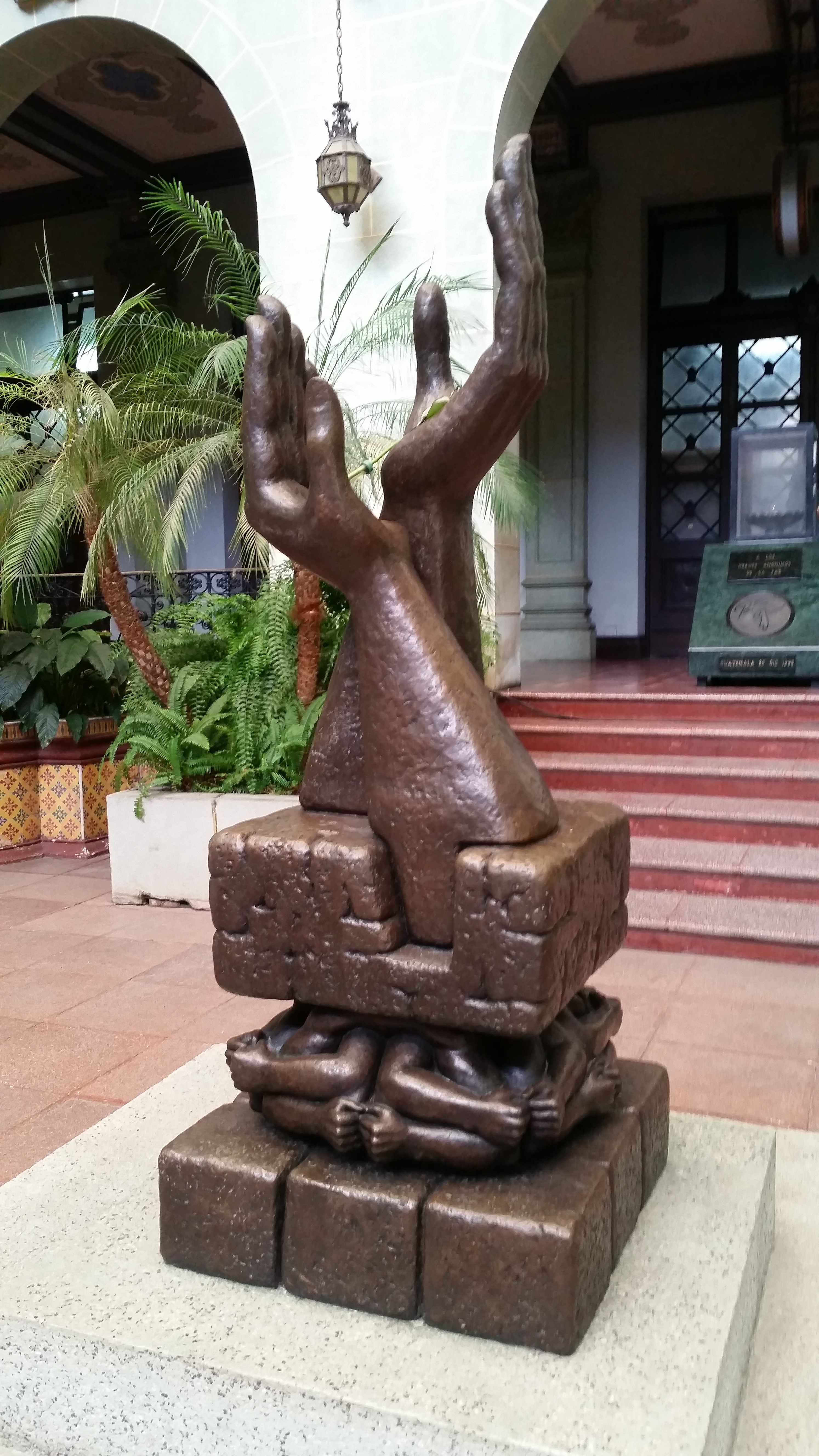 On behalf of the International Ecumenical Councils, Bishop Gunnar Stalsett, former General Secretary of the Lutheran World Federation and signatory of the Peace Accords, changed the Rose of Peace in an official public ceremony in recognition of the contribution that the churches and the national and international ecumenical movement have made to the Peace Accords. This ceremony consisted of changing a white rose from within the “Peace Monument,” a bronze statue made up of two hands positioned towards the firmament, placed on a block of stone which in turn is supported by a set of sixteen sturdy intertwined arms representing the unity of the people of Guatemala. The monument, made by the artist Luis Fernando Carlos León, symbolizes the unity of the people who hold the weight of their freedom. Those who place the white rose on the two hands of the monument assume the responsibility of working daily to conserve peace and are chosen for their work in favor of it.