A Congo Connection Commission! the Musical

Over the past year, First Christian Church in Abilene, TX has been involved in a Congo awareness initiative.  Wanting to include the children in the congregation, the idea to create a musical started building momentum.  After months of preparation, practices, and adaptations, the musical, A Congo Connection Commission!, was ready to perform.  The stage design and decorations use only materials that were available in the church; similar to what the children in Besenge, Democratic Republic of the Congo would do a daily basis. A long piece of pvc pipe, which the children discovered in storage, became the “equator,” dividing Abilene and Besenge students. By the musical’s end, the pipe unites both sides of the world, serving as framework for the new school currently being built in Besenge today. 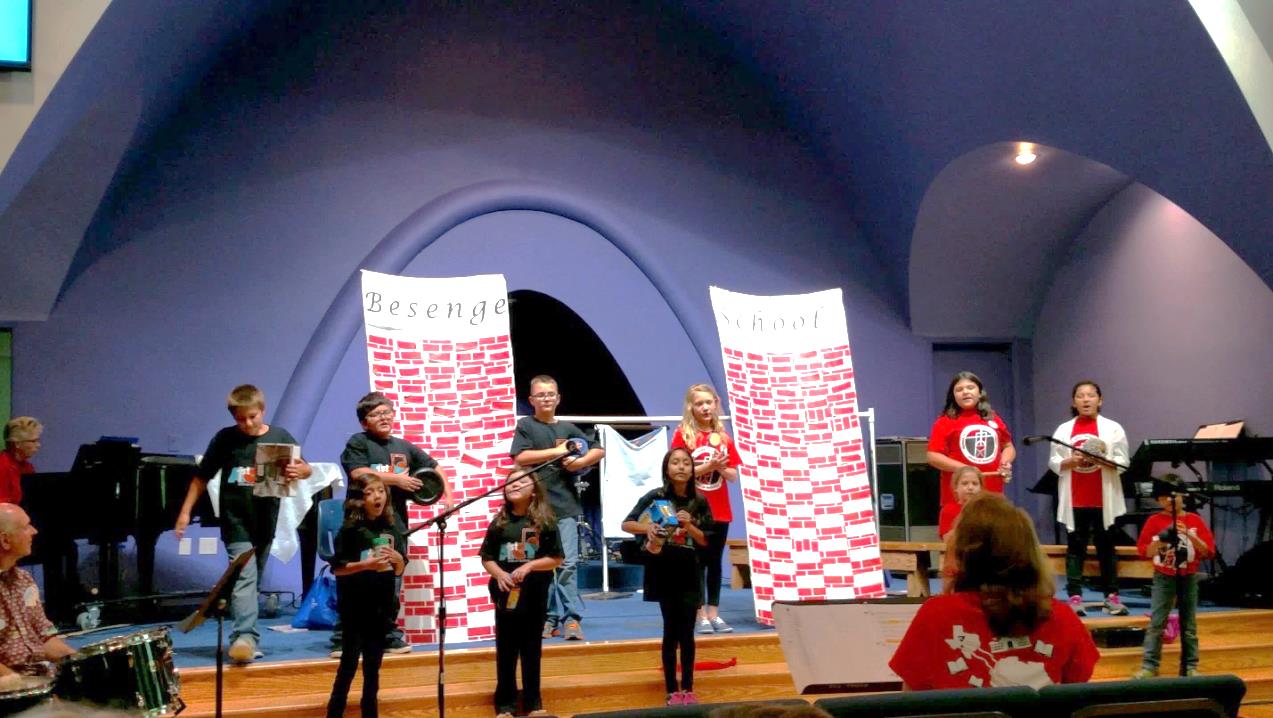 This musical was an excellent complement to the church’s Congo awareness initiative, and a year of opportunities to engage with God’s mission in Congo.  The church participated in lessons on praise dance with Abilene’s Congolese International Rescue Commission refugees; a video call with Dr. Sharon Watkins about “setting the table” in the Congo; and hosting and worshipping with Reverend Bonanga, President of Community of Disciples of Christ in Congo, Janet Helms from Disciples4Water, and Reverends David, Dan and Sandy Owen, former Global Ministries mission personnel in Africa.

Meanwhile, parents used Global Ministries VBS curriculum, “Journey to Congo”, to help the kids make crafts sold at the church’s “CongoFest” in March. Joy Wilson, director of the musical, also created opportunities to understand current realities and challenges for individuals living in the Congo through an event called, “CongOlympics”.

In June, children from FCC Abilene, TX travelled to First Christian Church in Odessa, TX to perform their original musical, A Congo Connection Commission!, on a Sunday morning.  The morning included a performance of praise songs and dances from the Congo, such as “Jesu azali awa na biso! (Jesus is here with us!)”  The musical was well received by the members of FCC in Odessa, and an offering of over $500 was collected in the service to support the school project of the Community of the Disciples of Christ in Congo in Besenge, Democratic Republic of the Congo.  In 2015, First Christian Church in Abilene, Texas has been very generous in supporting initiatives in the Congo through Global Ministries.