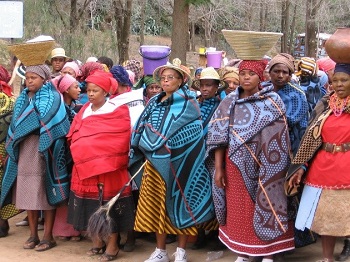 “Give, and it will be given to you.  A good measure, pressed down, shaken together and running over, will be poured into your lap.  For with the measure you use, it will be measured to you.”  (Luke 6:38)

During my years of teaching at Masitise High School I did much of my shopping a few miles away in the small town of Moyeni.  My last stop before heading back to the school was often a takeaway place where I’d buy a bag of chips (French fries).  The guys behind the counter would scoop up those delicious, thick-cut and somewhat greasy chips, repeatedly shake them down into the bag, press them down a bit with the scoop and then add some more.  By the end of the process there were always a few chips dangling out of the top edge of the bag and still others piled precariously on top.  The horrible thought of some of those tasty morsels tumbling to the floor was never entertained because the far-too-small-bag would be dropped into a plastic bag to contain any and all possible escapees.  I never left that place thinking I’d been short-changed.  To the contrary, I always felt I was getting far more than I deserved! 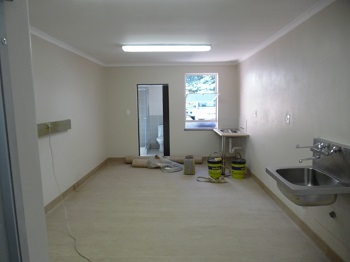 It didn’t take too many visits to the chip shop before I started connecting that experience with Jesus’ words in the verse from Luke 6:38.  Whenever I read that verse I cannot help but think of being in that shop.  That connection will stay with me for the rest of my life. To this day, if I find myself in Moyeni, I stop for chips!

The words in Luke spoken by Jesus about the “good measure” come in the context of not judging others and being merciful and forgiving.  It is clear that unless we are generous in offering mercy and forgiveness to others, we are not likely to find much in the bag when we are in need of the same.   When my heart begins to harden over people or events where I think I was wronged, my “chips” experience makes me mindful of how much undeserved mercy and forgiveness I have received and I thankfully surrender the urge to 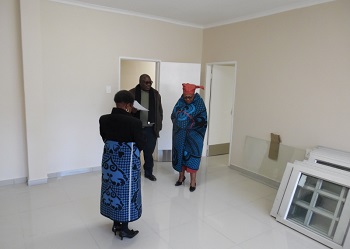 judge and be unforgiving.  Thanks to Jesus, God offers us bags and bags of mercy and forgiveness for those willing to confess their sinfulness and offer the same to others!

Being generous and thankful are themes when it is the last Sunday of July in the Lesotho Evangelical Church in Southern Africa (LECSA).  In Sesotho it is called the Mokete oa Lilopotsiea or Festival of First Fruits.  Even after the drought-stricken growing season of 2015-16, the LECSA celebrates this festival.  Many people contribute an additional gift of money for the offering that 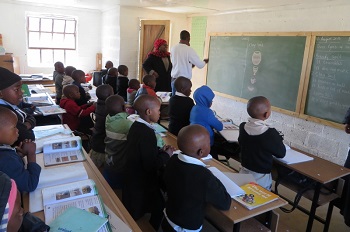 day.  Others, and particularly so in rural areas, will bring items they have harvested from their fields and gardens, such as maize, sorghum, beans or cabbage.  Or they might bring eggs or even some live chickens for their special offering!  In some way parishioners express their thankfulness to God whether it is in cash or in kind.

The effects of the drought have been severe. The maize yield was down 61% from the previous season,   sorghum down 88% and wheat 38%.  Newspaper reports indicate as many as 700,000 (35% of the population) Basotho are facing food shortages.  Some aid has been received and the government announced substantial price 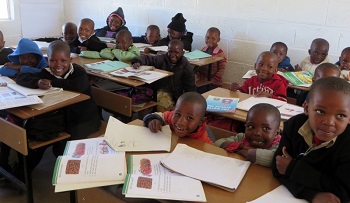 subsidies for maize meal and a few other commodities.  Late July brought very welcome winter rains to the lowlands and the heaviest snowfalls in 50 years to the mountain areas.  It was easily the most rain I’ve ever experienced in a Lesotho winter.  Some of the dams in the Morija area are now as full as in mid-summer.

In my last newsletter I wrote about a renovation project in the labor ward at the LECSA’s Scott Hospital in Morija that was being funded by the Turkish government.  Earlier this month I stopped by to see how things were progressing.  The renovated labor ward is looking great and should be ready for use by the end of the month.  I have included a photo of one of the four delivery rooms and one of the nursery room.

I also recently visited Qiloane Primary School to check on the new classroom building.  Classes resumed at the beginning of August after the winter break and the new rooms are being put to good use.  The teachers were busy working hard when we arrived and the smiles on the faces of the students were great to see!

The use of a generous measure is an idea Paul takes up in 2 Corinthians 9:6.  “Remember this:  Whoever sows sparingly will also reap sparingly, and whoever sows generously will also reap generously.”  The context here is financial generosity as Paul urges the Corinthians not just to give, but to give “not reluctantly or under compulsion, for God loves a cheerful giver.” (2 Corinthians 9:7).  May God’s Word teach our hearts and minds to be generous, whether it is giving, loving or forgiving.