A Step Forward for Congo 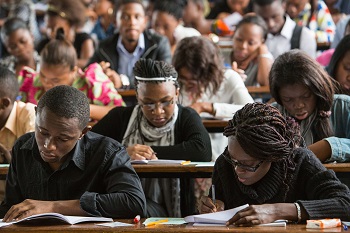 After celebrating the Christmas holidays with family and friends in the U.S., I landed in Kinshasa on January 11 full of energy and ready to jump right back into the Congo Protestant University’s ongoing development initiatives. However, the people of Congo had other ideas last week. The National Assembly had passed a proposed revision to the country’s Constitution requiring that a complete census be conducted prior to elections.  In light of the fact that a majority of the population’s dates of birth are not well documented, this requirement would have been a huge undertaking. This requirement would, of course, have delayed the elections considerably, thereby requiring President Kabila to remain in office until the census was completed and the elections organized and conducted. The President is currently serving his second and final term as set forth in the Constitution. If he had been required to stay in office, it would have been a violation of the Constitution as it is currently written.

As a result, the people were extremely unhappy and initiated protests during the week of January 19. The proposed changes to the law resulted in multiple protests around the city. The Congo Protestant University was closed the entire week because the campus is located right next to the Parliament building where many of the protests were held.  Fortunately, the University was unaffected and all was calm in the area where I live. In order to manage the tensions, the government shut down all internet access and SMS capabilities, paralyzing the country. However, Friday brought good news – after reviewing the law, the Senate changed the language, eliminating the census requirement before approving the entire law.

With calm having settled back over the city, the stability of daily life is returning. I am constantly intrigued by how resilient and determined the Congolese people are as they continue to push forward with smiles on their faces.  Their entrepreneurial spirit drives them to find a solution against all odds.  The Congo Protestant University is a part of that solution – Education that builds a nation.

Linda James is a Short-Term Volunteer serving with the Congo Protestant University in Kinshasa, Democratic Republic of the Congo.