A Week of Growth

St. Columba’s Scottish Mission held the annual English Day Camp 2-6 July 2018. This week proved to be a week of much growth in confidence, self-esteem, and friendship.

Growing up in a church, I attended all kinds of vocation bible schools, overnight retreats, as well as week-long summer and winter camps.When I was too old to attend as a camper, I volunteered as a counselor for the same camps. 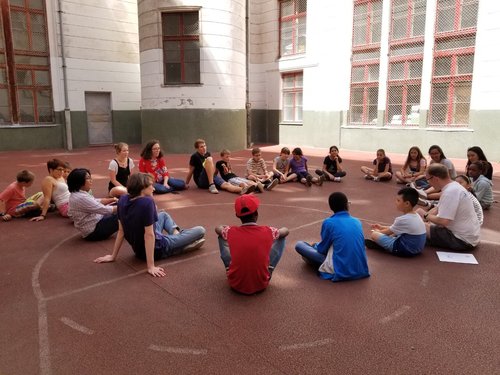 Coming to Budapest, I was sad that I would not be able to take part in summer camps this year, so when Rev. Aaron Stevens mentioned the English Day Camp that was going to be at St. Columba’s Scottish Mission, I made sure to save the dates in my calendar. My mom, sister and friend had planned on coming to visit me from mid-June to early July, so when I saw that their stay would overlap with the dates for the Camp, I volunteered their services. As experienced campers and counselors, we had all kinds of ideas for games and workshops, and we were sure we knew exactly what to expect. And we were so wrong. 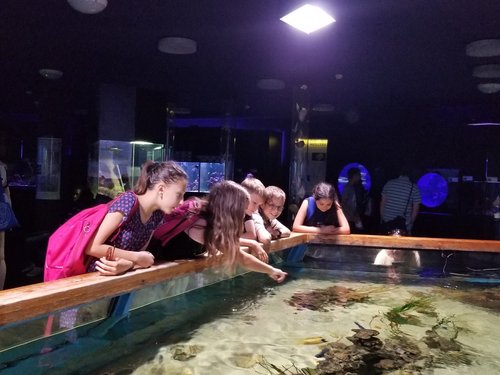 Each day was an adventure. Twenty children between the ages of eight and thirteen, who spoke a mixture of English, Hungarian, Korean, French, gathered in the school courtyard jump roping, playing basketball, and getting to know one another. The days would start with a fun camp song followed by an exciting bible story. We had time to reflect on the story during bible study and a chance to creatively express ourselves using clay, paper (origami), cups, toilet paper rolls, and lots and lots of cotton. We even had the opportunity to step out of the school for a field trip! Thanks to the administrator of the school, we were able to take all the children to the Budapest Zoo, which was a great link to our theme, Animals in the Bible.

At first the children stuck to what they found familiar: friends they had and activities they knew they were good at. But as the hours went by, I saw them open up and step out of their comfort zones, they approached one another, laughing and playing together, and took up challenges, trying new activities they had initially not been sure of. By the end of the week, the children had learned so much more than bible stories. The children had grown: they had learned to solve certain awkward social challenges, instead of feeling bored or frustrated with activities, the children had learned to get engaged and excited, confidence and self-esteem had bolstered as the children learned new tasks (like how to fold a flat paper into a standing horse), and many also learned self-control as they sat next to their friends quietly during opening and closing sessions. 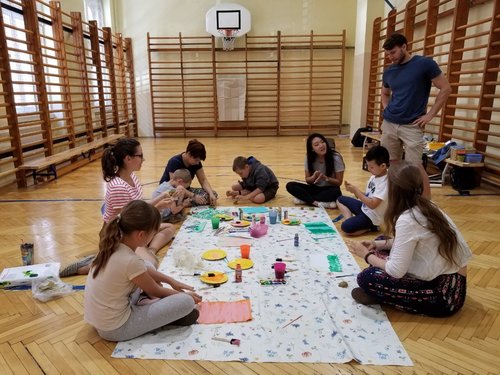 For me and my family and friend, this camp was different than any we had experienced before. Not because of the mixture of languages, but really because of the open mindedness of the children and volunteers. Like at any camp for children, we had a group of not-so-engaged youth, uninterested and unwilling to participate in certain activities. With much effort from the other children, as well as the volunteers, during the last closing session of the week, one of the youth shared that this week had been one of the best camp experiences he had. And I can confidently and honestly say the same.

Priscilla Yang serves with the Reformed Church of Hungary. Her appointment is made possible by your gifts to Disciples Mission Fund, Our Church’s Wider Mission, WOC, and your special gifts.