Act to End Violence Against Women Around the World 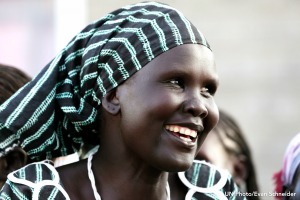 The U.S. celebrates Women’s History during the month of March, and has observed International Women’s Day on March 8 since 1911. Yet despite the rhetoric and purported support for women’s rights and worth, Congress still has not passed the International Violence Against Women Act.

Honor women around the world by calling on Congress to pass the International Violence Against Women Act!

Time Magazine recently published an article “The Secret War Crime,” revealing the horrendous realities around wartime rape. The stories of survivors from South Sudan and the Democratic Republic of the Congo, who refuse to be silenced, should move us to action. ISIS’s sale of women as sexual slaves in Iraq and Syria is not a distant problem. As people of faith it is our problem: Too many women in our country and abroad suffer sub-personhood status. Our faith demands that we act to recognize the God-given worth of women everywhere.

More information on Women, Gender Based Violence, and Peacemaking