After the resurrection, when Jesus told his followers to sit and wait for what was next, I wonder if they were filled with a sense of dread about the unknown future. It is easy for us, twenty-one centuries later, to paint that upper room scene in colors of joyful anticipation of the coming of God’s promise, but it is doubtful that those colors were on the disciples’ palette at the time. Meeting together behind closed doors to pray and elect someone to take Judas’ spot was probably all they could manage in that time of great stress. 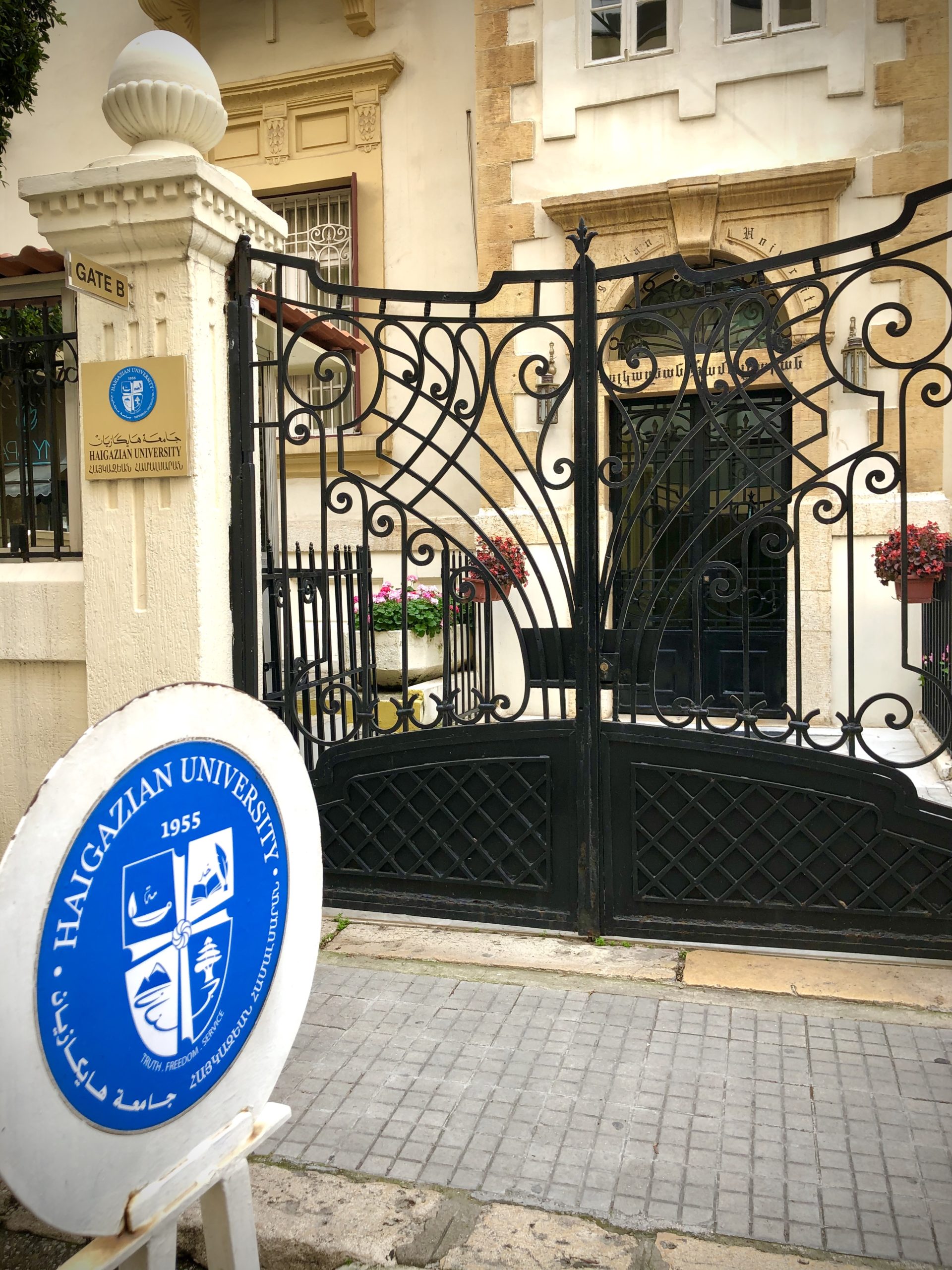 Since our last update, written at the end of January, we have been spending most of our time behind closed doors, or venturing out on rare occasions with our hands and mouths “protected”, wondering what will emerge as the next threat to the stability of this teetering country where we live and serve, known as Lebanon. It has endured yet more blows, including the unexpected traumas of ongoing protests, an economic roller-coaster ride, the closure of yet more businesses and institutions, and the onslaught of the coronavirus. The new council of ministers has tried valiantly to keep the country afloat while dealing with the pandemic, and in many ways has proven itself better than expected, as it has reined in the galloping spread of the disease, even while repatriating tens of thousands of Lebanese from highly infected countries in Europe and Africa. Yet, as the Prime Minister has repeatedly said, the health crisis is diverting attention and energy from the essential work needed to save the country economically.

Being at home has meant for many “white-collar” workers (such as us) that our work days have been extended to work days-and-nights. We have tended not to put limits on the time and efforts spent doing our tasks, especially when late-night requests pop up. How hard it has been – and continues to be – to find a healthy balance between all that needs to be done, and the down-time that we need as persons, especially now that our physical mobility is so limited and our trips to the gym have been halted. We have read with amazement all of the creative ideas flooding the Internet for the past several months about things one can do to occupy oneself while in “lockdown”. We are busier now than we ever were, and such suggestions make us wonder whether we inhabit the same planet as others. 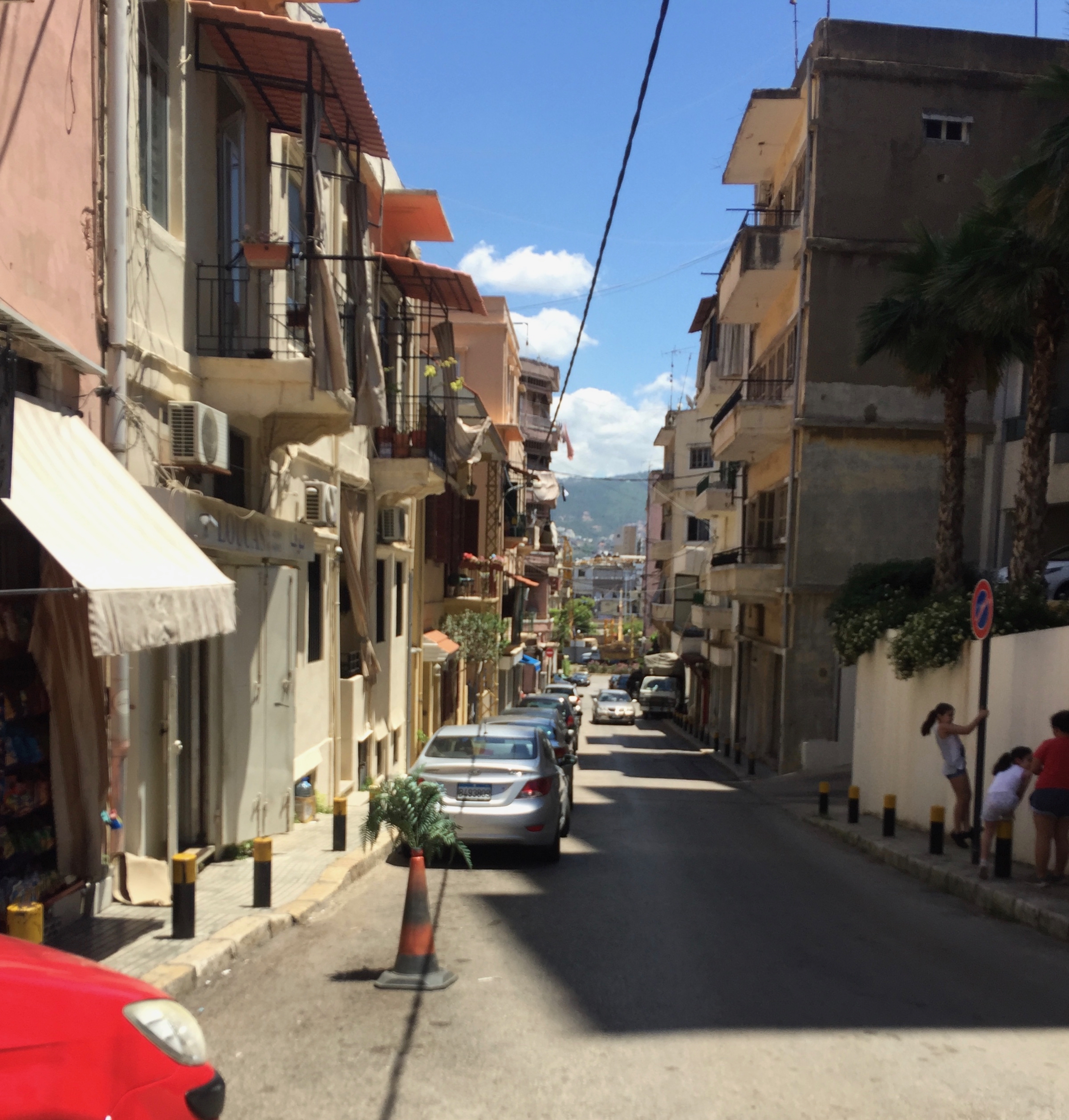 Yet there is a great segment of society here in Lebanon that inhabits a much harsher world than we do: the day-laborers, the many foreign domestic servants, the refugees crowded in camps scattered across the country, the large numbers of poor that are barely subsisting and cannot afford to just “stay at home” (as the catchy music videos on local TV exhorted viewers to do). As stressful as it may be to spend two months without emerging from your domicile, it is still much lighter a burden than that of the hungry poor who are seething with anger at the continuing and widening gap between well-heeled members of society (often in government positions) and the regular citizenry.

Churches as well as mosques had to adjust to the shutdown orders in the country, so both the Easter season as well as the Ramadan season were diverted from their usual path and of necessity became more inwardly-directed. Nonetheless, many Sunday mornings, and more frequently during the Holy Weeks and Easters (taking into account Gregorian and Julian calendars) cars or trucks would pass by with loudspeakers playing Christian songs in Arabic, and occasionally a clergy would be standing on the flatbed blessing the neighborhoods they drove through. I am unaware of whether similar actions were taken during Ramadan in predominantly Muslim neighborhoods. Gradually, however, both Christian and Muslim places of worship are moving towards returning to their regular, in-person services.

What this has meant specifically for us and our church/Global Ministries partner, the UAECNE, is that my role shifted suddenly and dramatically, and I became the producer of weekly (and sometimes) daily broadcasts to fill in the gap of church worship ministry from mid-March until Pentecost. “Learning to fly as you are flying” describes how this time period went. Whatever experience and proficiencies I had were put to the test and expanded, to the end that each Sunday morning a 20 to 30 minute broadcast was accessible to all those with an Internet connection. I also helped create a special cultural program for the 105th Anniversary of the Armenian Genocide. What surprised us was how this had a global outreach, and not just regional. The dispersed Middle Eastern Armenians, as well as many in Armenia proper, became the viewing audience, and many in the region, who for whatever reason had been disconnected from the worshiping community, became reconnected. Not only this, but through our worldwide contacts we were able to gather new material prepared especially for this ministry from contacts all over the globe, from North America all the way to Oceania. 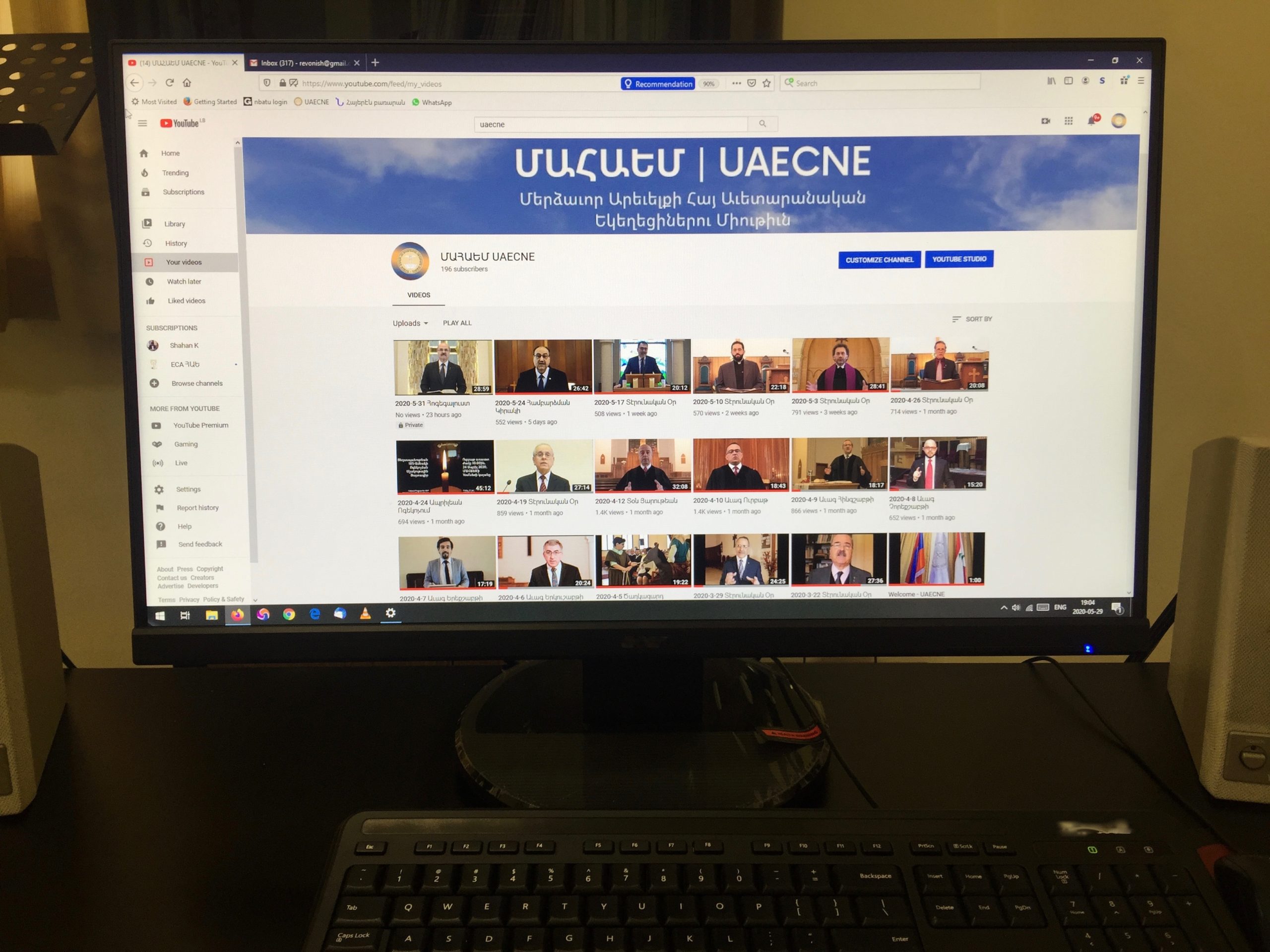 All of this presents a new challenge for local pastors, as we are now consulting with each other on how to move forward, taking the best from in-person, online live and pre-recorded methods, in order to extend the church’s outreach to the Armenian community locally and worldwide (as the language used is Armenian). For Maria’s part, during this time of online instruction and social isolation she has been giving crucial support to maintain Haigazian University’s connection with its wider community. It is quite evident to us that in God’s economy, placing Maria and I in this region via Global Ministries and AMAA was “for such a time as this”. We are grateful to all those who continue to support our ministry, enabling us to be strengthening the church in this part of the world, with its manifold connections to communities throughout the world.

Despite our shared dread during this time behind closed doors, we trust Christ who promises that when we emerge, we will experience “power from on high” through the Spirit to tell the blessed hope and wondrous works of God in many places and many tongues.