By Global Ministries (Disciples of Christ and United Church of Christ) on July 26, 2017 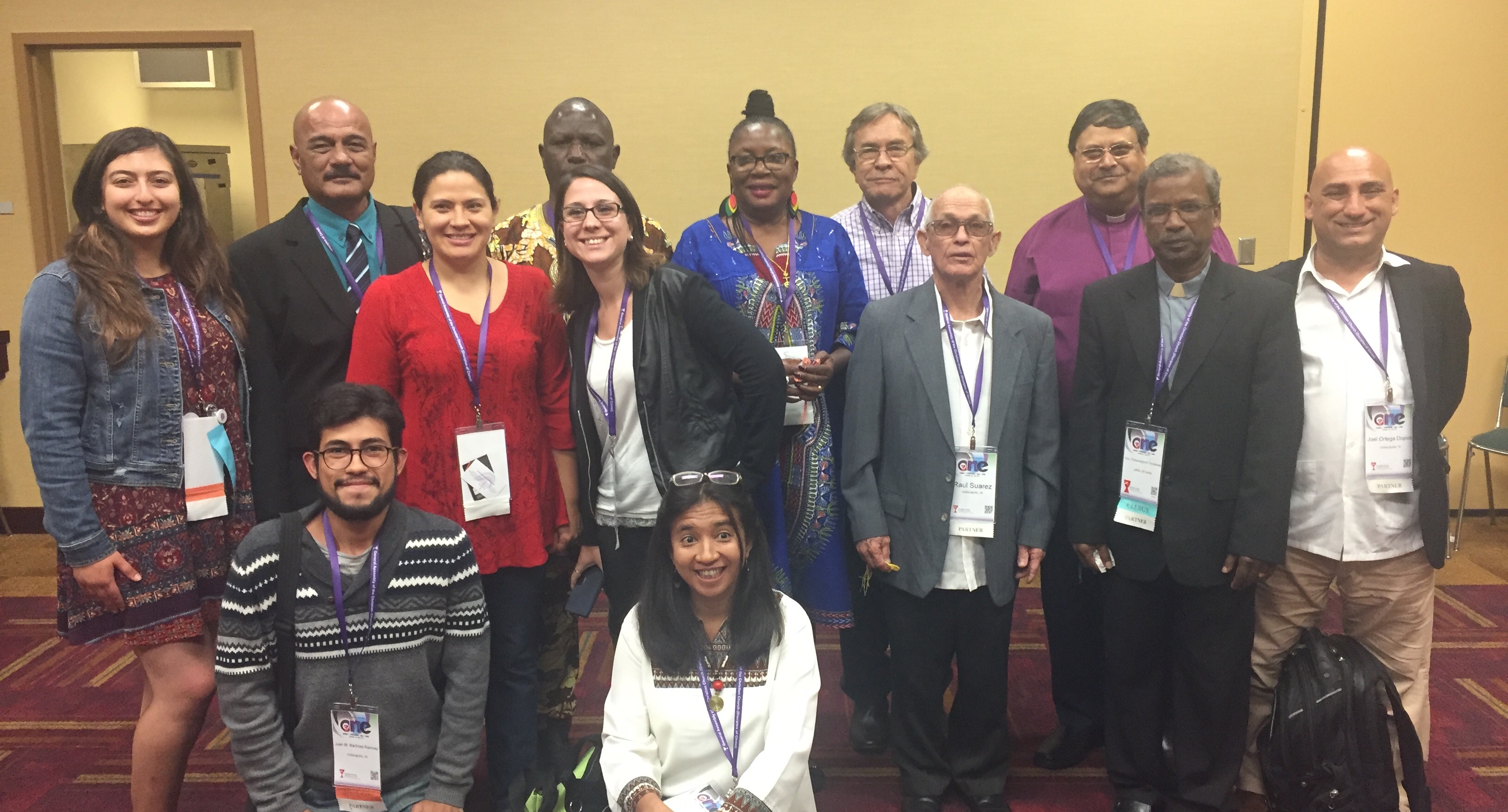 At the Global Ministries and Council on Christian Unity Dinner on Monday, July 10th, Global Ministries presented partners and former mission personnel Awards of Affirmation for their selfless participation in God’s Mission in the world.

The Award of Affirmation is given to the Council of Churches in Sierra Leone with deep gratitude for their rapid response to the Ebola Crisis in Sierra Leone from May 2014 to November 2015. The Council of Churches in Sierra Leone led the facilitation of humanitarian support of the local and international communities by coordinating medical personnel services, meal preparation, and food delivery to families impacted by the Ebola epidemic. The Council kept the international community abreast of the impact of Ebola from a faith perspective by providing daily comprehensive updates. Since Sierra Leone was declared Ebola free, the Council has provided post-Ebola support throughout the country by supporting vulnerable children who lost parents to Ebola, leading grief and recovery sessions, continuing education on Ebola prevention, and vocational training for Ebola survivors and their families.

The Award of Affirmation is given to Reverend Tafue Lusama for his prophetic witness to climate changes in the Pacific. Reverend Lusama is from Tuvalu, one of the earth’s tiniest independent nations, and most vulnerable to climate change and rising sea levels. Tuvalu is threatened with becoming the first entire nation of climate refugees. As the General Secretary of the Congregational Christian Church of Tuvalu (Ekalesia Kelisiano Tuvalu – EKT), Reverend Lusama helped to found the Tuvalu Climate Action Network. Reverend Lusama is working to help small island countries gain assurance of their survival. In a recent sermon, Reverend Lusama asked: “Jesus sided with the victims of injustice. He bestowed upon his disciples to continue this work. What will we do as the global church in our role as Christians following Jesus, to address this injustice?”

The Reverend Raúl Suárez-Ramos is the founder and former Director of the Martin Luther King, Jr. Center in Havana, Cuba. Reverend Suárez also was the long-standing pastor of the Ebenezer Baptist Church in Cuba from 1971 to 2005, and was the president of the Cuban Council of Churches. Currently Reverend Raúl Suárez-Ramos is a member of the People’s Power Assembly, the Cuban parliament. He has been a faithful witness and advocate for social justice, dignity, religious freedom, and equality within the revolutionary process in his country, fostering relations between the churches and the people of the United States and Cuba and is a sound prophetic voice not only for his native Cuba but for all of Latin America and the Caribbean.

The Forum for Development, Culture, and Dialogue (FDCD) promotes peacebuilding, equal citizenship, and human rights in the Arab world by creating space for dialogue and building capacity among community and civil society organizations to be catalysts for peace. It is a regional organization based in Beirut, Lebanon, and emerged from grassroots ecumenical networks more than a decade ago. For the past six years, the FDCD has been deeply involved in emergency humanitarian relief inside Syria. In addition to the provision of food, water, medicine, and other basic needs, the FDCD has attempted to promote peacebuilding and conflict resolution, even in the most difficult of circumstances.

Mediterranean Hope is a program of the Federation of Protestant Churches in Italy, including the Waldensian Church. It started three years ago as a response of the church to those who arrive in Lampedusa after being subjected to the unspeakable violence of poverty, persecution, exploitation, and brutality of human traffickers. In the first four months of 2017, already over 1,200 people have died attempting to cross the Mediterranean by boat. In addition to the direct assistance, two humanitarian corridors have been established between Morocco and Italy, and between Lebanon and Italy, to allow for the possibilities of visas and transportation by plane.

Sandra and Daniel Gourdet served as mission personnel for Division of Overseas Ministries, and later Global Ministries, in four countries: Zaire (now the Democratic Republic of the Congo), Swaziland, Zimbabwe, and Haiti starting in 1972. Sandra began her work as a Fraternal Worker (Global Mission Intern today) assigned to the Disciples Community of the Church of Christ in Zaire as an English teacher. During their time of service, Daniel and Sandra were evacuated for civil unrest both in the DRC and in Haiti; yet their commitment to the people of either nation never wavered. Global Ministries is proud to award Sandra and Daniel Gourdet this Award of Affirmation for their true commitment to sharing and receiving the good news of Jesus Christ in working for justice, reconciliation and peace.