A biblical reflection based on Matthew 20:1-16
By Rev. Dr. Deenabandhu Manchala 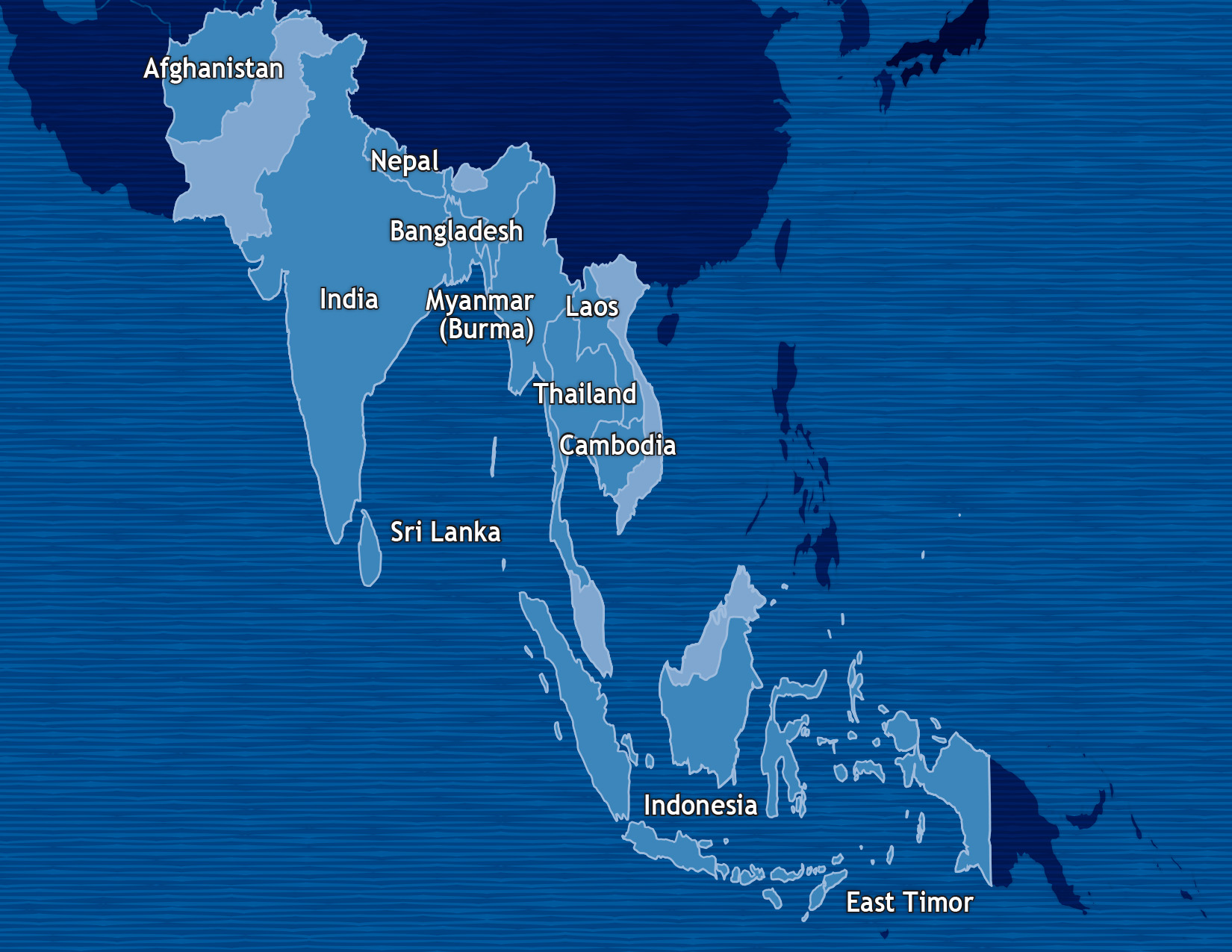 The overall theme of the parables is “human responsibility before God and God’s surpassing grace, which obligates people to one another.” The parables unveil the vision of God’s reign, a transformed order of human relationships, and inspire us to dream that “another world is possible.” Isn’t this what we mean when we pray, “Thy kingdom come”? It is a hope that we are called to live out through our personal and collectives lives. As such, parables, while giving us glimpses of that new world, also place certain demands on us for their realization. Let us look at what these are as we reflect on this parable.

3 “About nine in the morning he went out and saw others standing in the marketplace doing nothing. 4 He told them, ‘You also go and work in my vineyard, and I will pay you whatever is right.’ 5 So they went.20 1“For the kingdom of heaven is like a landowner who went out early in the morning to hire workers for his vineyard. 2 He agreed to pay them a denarius for the day and sent them into his vineyard.

7 “‘Because no one has hired us,’ they answered.

“He said to them, ‘You also go and work in my vineyard.’

8 “When evening came, the owner of the vineyard said to his foreman, ‘Call the workers and pay them their wages, beginning with the last ones hired and going on to the first.’

13 “But he answered one of them, ‘I am not being unfair to you, friend. Didn’t you agree to work for a denarius? 14 Take your pay and go. I want to give the one who was hired last the same as I gave you. 15 Don’t I have the right to do what I want with my own money? Or are you envious because I am generous?’

Through this parable, which is a part of a series of teachings on the coming reign of God (chapters 18 -25), Jesus seems to outline the distinct features of the coming reign of God. He not only presents it as one that favors the disprivileged but also the shows the ethical demands the coming reign poses on the privileged for the realization of that vision. He tells us that God’s reign has its own definition of justice. It is not a legalistic concept but an egalitarian ethic. Those who worked the whole day get what they deserved. But those who worked for a short while because no one has hired them do not get less. It is an economic dispensation that is sensitive to human realities and inherent social inequalities. Its purpose is not wealth generation at the cost of human depravation. Jesus seems to tell the privileged not to complain when the dis-empowered are re-empowered, and affirms the identity, dignity, and rights of all, especially those who are marginalized and excluded.Any landlord, entrepreneur, or anyone who means business exercises his/her right and employs workers who have the strength and ability to deliver results quickly and efficiently. But the owner in the parable displays strange behavior and logic, and seems to be driven more by compassion for unemployed workers than his need. Hence he keeps inviting them to work until the end of the day and finally pays the same amount to the ones who came late as those who worked for longer hours. These workers were perhaps old, weak, or maimed and couldn’t convince other employers of their ability for sustained work output. Or they were perhaps social outcasts or refugees from the neighboring country who were not preferred. But this peculiar landowner seems to hold human needs more important than their capacities and people more important than his own profit and his own legitimate interests.

We live in a world where many are excluded from opportunities due to factors for which they are not responsible. Many are discriminated against because of their color, economic status, sexual identity, and caste. They are deprived of opportunities for education, lose their jobs because of labor-saving technology, are displaced and driven out of their homelands and their traditional means of livelihood to facilitate the development of others, forced into prostitution, abandoned and malnourished. It is also a world that favors the privileged - the ones who have and the ones who have access to information and knowledge, the strong, the smart, and the influential. It is a world that holds self-accomplishment as an important and necessary goal of life, and allows its aggressive pursuit even if it means trampling over the weak and the powerless. Guided by its individualistic values and culture, we sometimes fail to be sensitive to the reality of the sinfulness of our social and economic structures, and continue to sin against those who are systematically sinned against. The Southern Asia Initiative of Global Ministries offers possibilities to see the faces of those who likewise are sinned against, including in our own neighborhoods and nation.

We believe and proclaim that God is love and that God’s love is available to all - to the rich and the poor, the strong and the weak, and the good and the bad. In this, we affirm that we all belong to the great family of God. Ironically, such universalistic understanding of God’s love has often helped the privileged to cope with the guilt of living amidst misery. Privilege impairs our moral sensibilities. We justify injustice and turn insensitive to human suffering. It also makes us patronize the poor or offer simplistic solutions without having to be introspective ourselves. Sadly, some of us tend to hold our locations of power and privilege as God’s blessings.

But God’s justice is a biased justice. It is biased towards those who are denied justice. In other words, God does not love the poor because of the humility that it entails. God loves the poor because the poor are the victims of injustice and aggression in the hands of the powerful. By loving the poor and taking upon their identity and predicament, God confronts the world to transform its structures and systems that dispense, sustain, and thrive on injustice.

God’s reign (vineyard) is driven by God’s justice. Against the logic of empire that defines the contours of the new world through the accumulation of wealth, power, military security, suppression of freedom, monocultures, God’s justice calls for a new ethic of mutuality and interdependence. It transforms not only the violated and the values but also the affluent and all those who think they deserve and who think themselves more important than others. Men and women are asked to overcome the spirit of vengeance and rivalry, and to love and pray for their enemies. The son who remained loyal to the father was asked to not be envious of the one who has come home; those who have should not grumble when those who did not have get what they were deprived of; those whose debts are forgiven must forgive the debts of others; the one who has wealth and power must go back, sell everything and share it with the poor in order to discover himself afresh as a transformed human being; and the wolf gives up its violent instincts so that the lamb feels safe. If God’s justice is impartial and universal, it then has nothing to transform. On the other hand, it transforms because it opts for the violated, transforms values and structures of human relationships and the contexts within which these exist. The message of the kingdom is thus addressed to the powerful and the privileged and in that it becomes good news to the poor.

Let us pray in the words of the Psalmist as found below, as we remember the refugees, the asylum seekers, the discriminated, the unemployed, the sick, the homeless and the hungry, the abused, and all those crying aloud and in whispers for God’s intervention, invoking God’s liberating grace.

How long, O Lord?
Will you forget me forever?
How long will you hide your face from me?
How long must I bear pain in my soul, and have sorrow in my heart all day long?

But I trusted in your steadfast love; my heart shall rejoice in your salvation.
I will sing to the Lord, because he has dealt bountifully with me.

Rev. Dr. Deenabandhu Manchala, a Lutheran pastor from India, is the area executive for Southern Asia in Global Ministries of the United Church of Christ and Christian Church (Disciples of Christ) and works from Cleveland, Ohio, USA. Earlier, he has served as a programme executive at the World Council of Churches in Geneva, Switzerland, during 2000-2014. He holds a doctorate degree in theology and has been engaged with a number of ecumenical initiatives and social movements at national and international levels. He has also published many articles in the areas of ecumenism, mission, ecclesiology, justice, peace, and on the issues of marginalized communities.