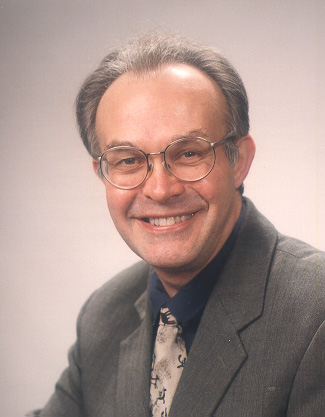 Bruce Van Voorhis has served with Global Ministries for 27 years. He was called to global mission when he was working in Central America in the late 1980’s, which was a very tumultuous time to be there. His first appointment with Global Ministries was from 1990-1997, where he worked with the Christian Conference of Asia on assignment to with the Documentation for Action Groups in Asia (DAGA).

When I first met Bruce around 2000 he had already been working with Global Ministries for a decade. Bruce preached during the board meeting about humility. Those who know Bruce know he is a humble person. But when I met him I could tell he was one of those people whose work precedes them. I was doing advocacy work with Global Ministries, and throughout Asia I would encounter people who were familiar with Bruce through his work with the Asian Human Rights Commission, where he was appointed to work after the Christian Conference of Asia. He had a tremendous impact on the advancement of human rights throughout Asia during his time with the Board.

In his most recent assignment he worked with the Asia and Pacific Alliance of YMCAs (APAY) in Hong Kong, where he was responsible for organizing and conducting human rights workshops for Interfaith Cooperation Forum (ICF), a joint program of the Asia and Pacific Alliance of YMCAs and the Christian Conference of Asia (CCA). In this position Bruce had the ability to impact many lives through numerous people who were trained to carry out human rights work in their own countries. He was also a mentor for ICF’s School of Peace (SOP) alumni in Indonesia, the Philippines and East Timor.

Bruce has always been insightful about his work and its meaning for us in the US. In his last newsletter as a mission co-worker, entitled “Democracy and Diversity: Lessons from 27 Years in Hong Kong,” Bruce shared this reflection:

“In relation to life in the United States, I believe the most important lesson I’ve absorbed over the years is the need for Americans to experience and embrace those who are different. If we are open to meeting people of other nations, cultures and faiths, the exchanges, the conversations, can be enriching for everyone. We all share this planet. We can make it a better place to live, or we can make it worse. The choice is ours.”

I reached out to Bruce’s longtime colleague in Hong Kong, mission co-worker Judy Chan, to ask her if she might have something to share from her perspective about his work and its impact on the community and on partners in Hong Kong. I want to end with the words that Judy had to share:

“Bruce has been a cherished colleague in Hong Kong for over 20 years. He is highly respected and appreciated among the partners that he has served. His deep commitment to human rights, justice, and peace in Asia never wavered even under challenging circumstances. He did whatever it took to get the job done, often under tight deadlines and with limited resources. His wife Rose once told me, "Bruce can be happy anywhere as long as he has work that he loves."

Besides the excellence he brought to every assignment, he also volunteered in many arenas. I remember asylum seekers at our church looking for "Mr Bruce" on Sundays for advice on their immigration appointment or legal help. He was sought out by many to do his editing 'magic' for their articles and books. People from all walks of life trust him and know they could count on him to genuinely care. If there was an opportunity to make a difference, Bruce would be there. And all the while, he remains one of the nicest, humblest, and wittiest men from Ohio that you could ever find in Hong Kong. So, thank you, my brother in Christ, for your long years of witness and service in a place and with a people we both hold dear in our hearts and pray for without ceasing.”

Thank you, Bruce, for your many years of ministry and for your service to partners and communities throughout Asia with Global Ministries.

This morning we have the opportunity to show celebrate and show our appreciation for the ministry of Scott Couper and Susan Valiquette. Scott and Susan have served together in South Africa for 18 years.

Scott’s service on our behalf began in 1993, when he was appointed as a volunteer assigned to the Evangelical Presbyterian Church of Ghana and the Lesotho Evangelical Church. He returned to the continent in 1995 to serve as a Global Ministry Intern appointed to the Transformation Resource Center in Lesotho.

In 1999, Susan and Scott were appointed as fully-supported mission co-workers serving in South Africa. For eighteen years with a couple of additions to the family, Susan served as the Chaplain at Inanda Seminary, a boarding school primarily for black girls in South Africa. Scott’s assignments have ranged from local church minister, HIV/AIDS community worker, development manager, archivist, and seminary lecturer.

Susan and Scott, we give thanks to God for your participation in God’s mission in world. May God bless and guide you in your next ministry assignment. 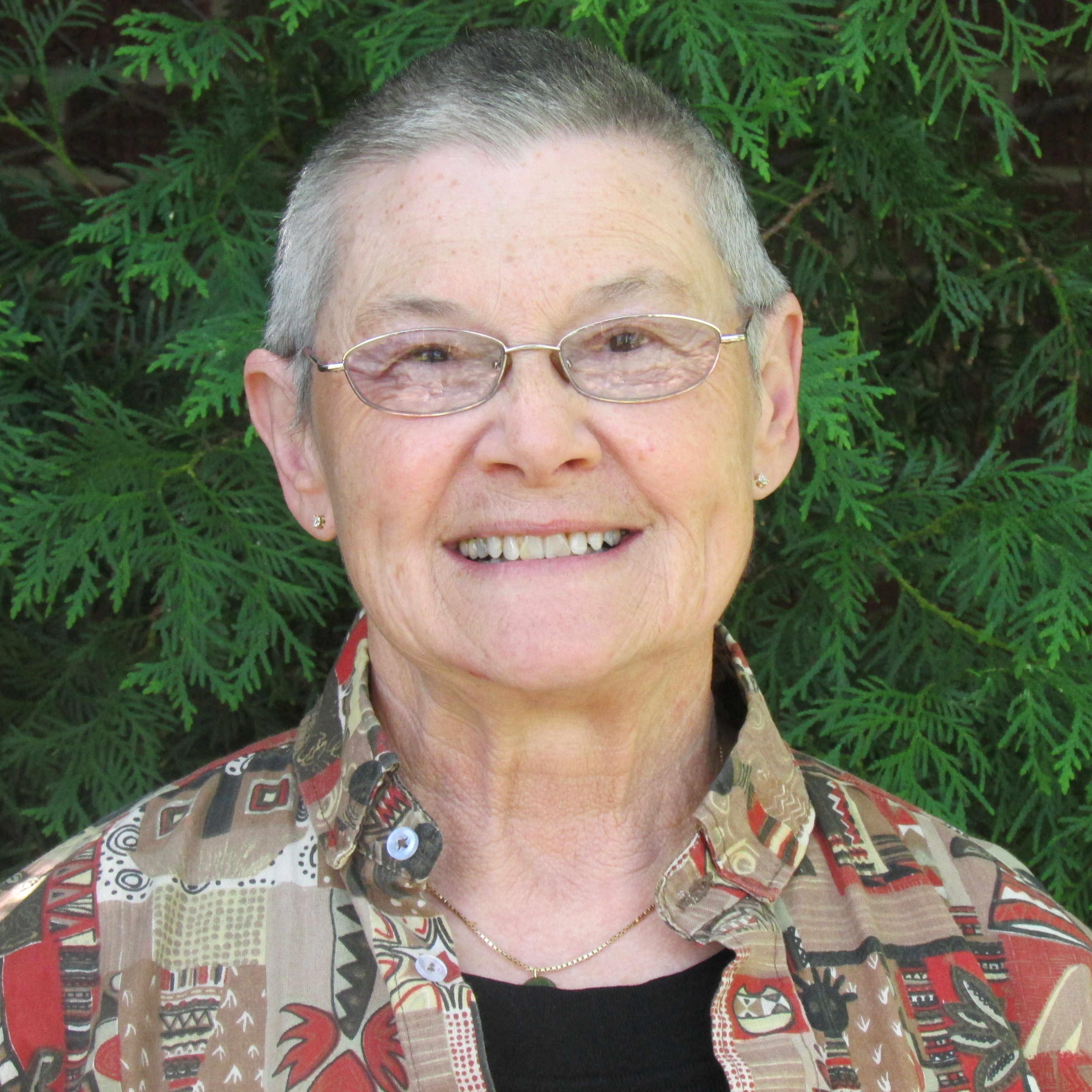 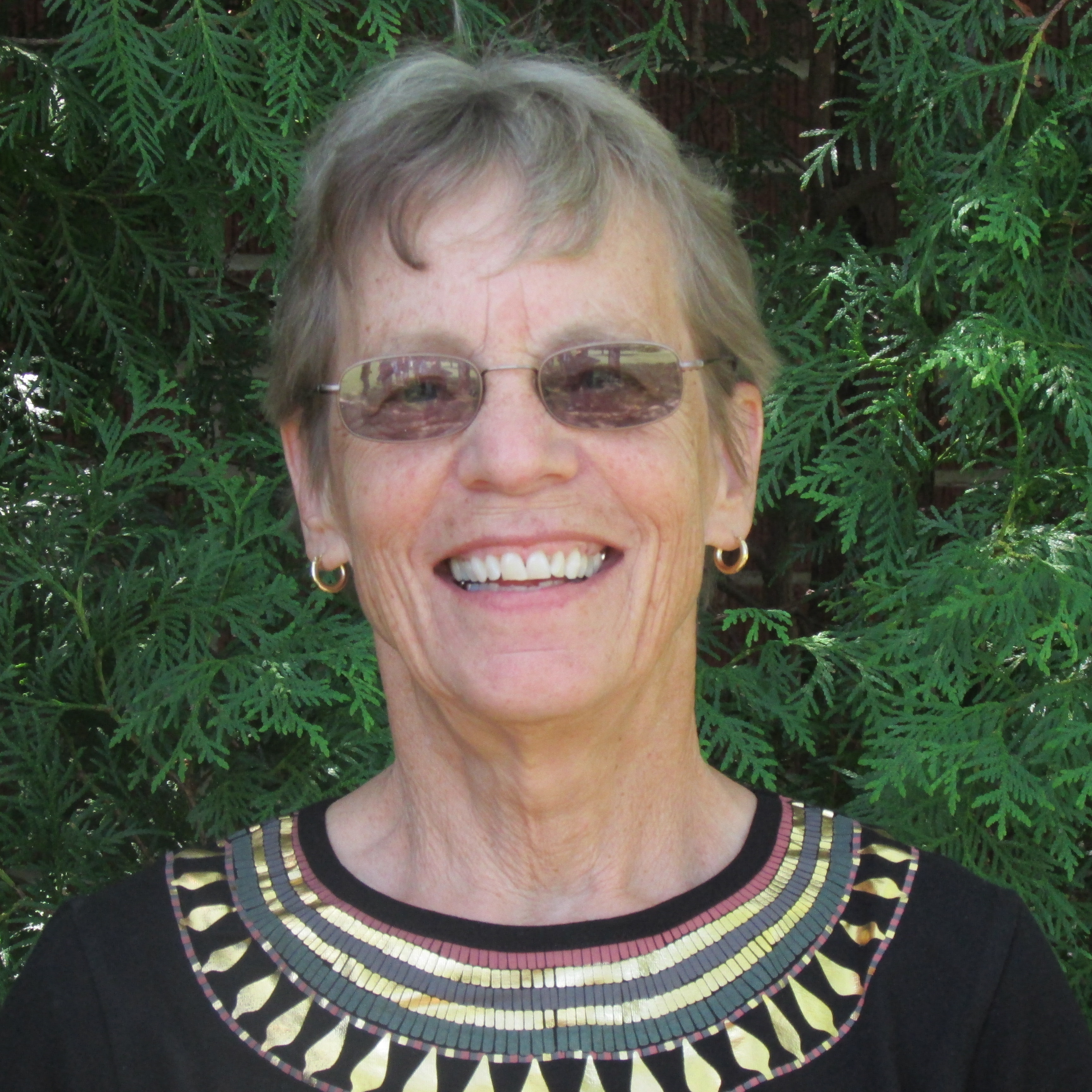 It is with a great sense of joy and gratitude that I would like to celebrate the two years of ministry of Andy Jepson and Lindley Kinerk in northern Sri Lanka.

Being fully aware of the limitations on the ground and also of the partner church, Church of the American Ceylon Mission (CACM), with much hesitation I yielded to their persistent plans to go to Sri Lanka. They put up with all the uncertainties, inadequate support, physical discomfort, and proved that with passion and commitment one can encounter God and work with God, even in unlikely places.

Andy worked as a pastor, theological educator, and trainer of a small and struggling church.

Lindley worked as a teacher and trainer of an after-school program.

Jim Moos and I had the opportunity to spend a day with them a year ago in the place they live and work.

Yesterday they asked me if I had anything to say on how they could have done things differently while in Sri Lanka. I couldn’t think of any. But I told them that Rev. Thevanesan and Rev. Rohaan who I met in Indonesia last week were only full of appreciation and gratitude for their ministry.

I join them, and along with Global Ministries, too, for your partnership in the ministry of the gospel. 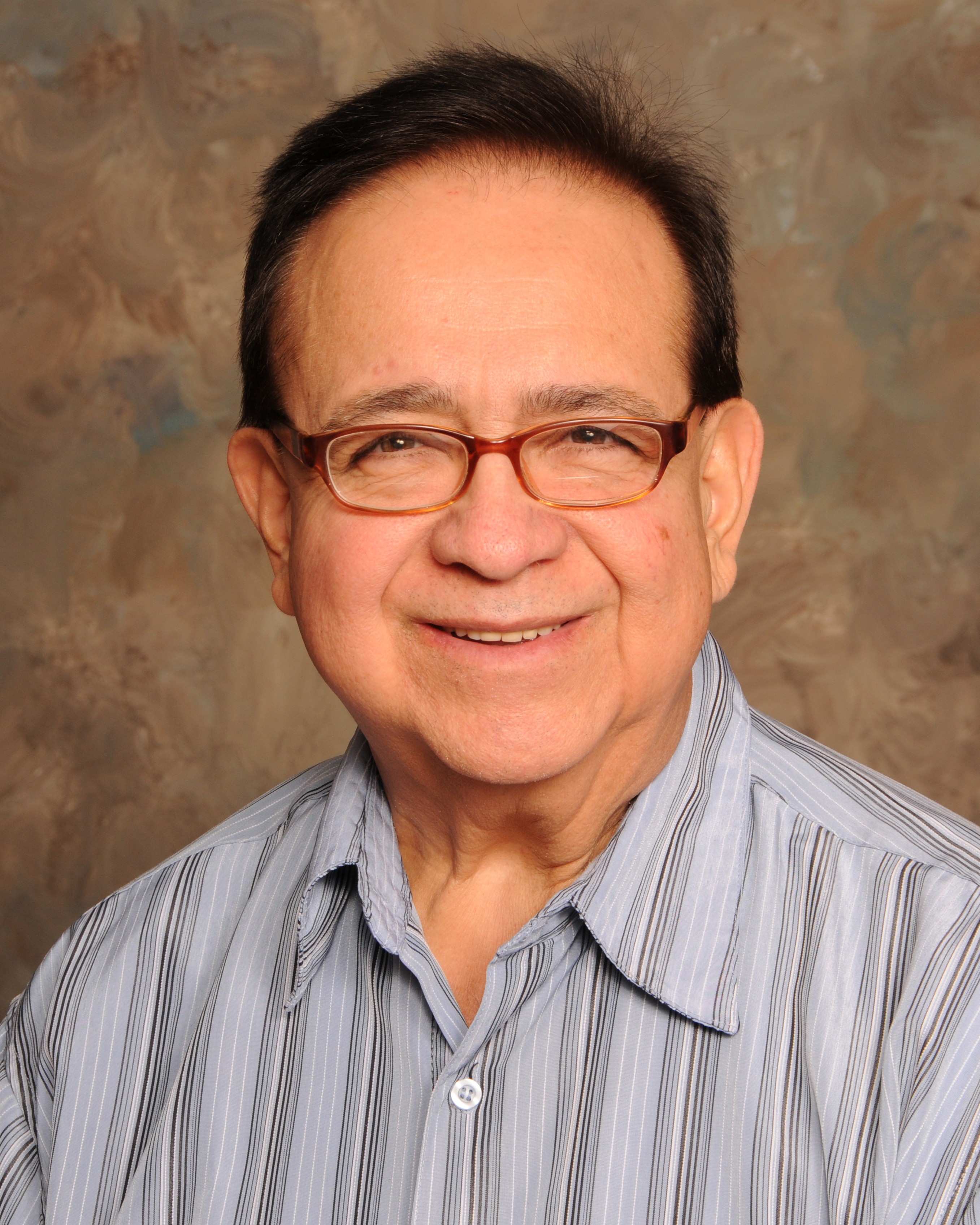 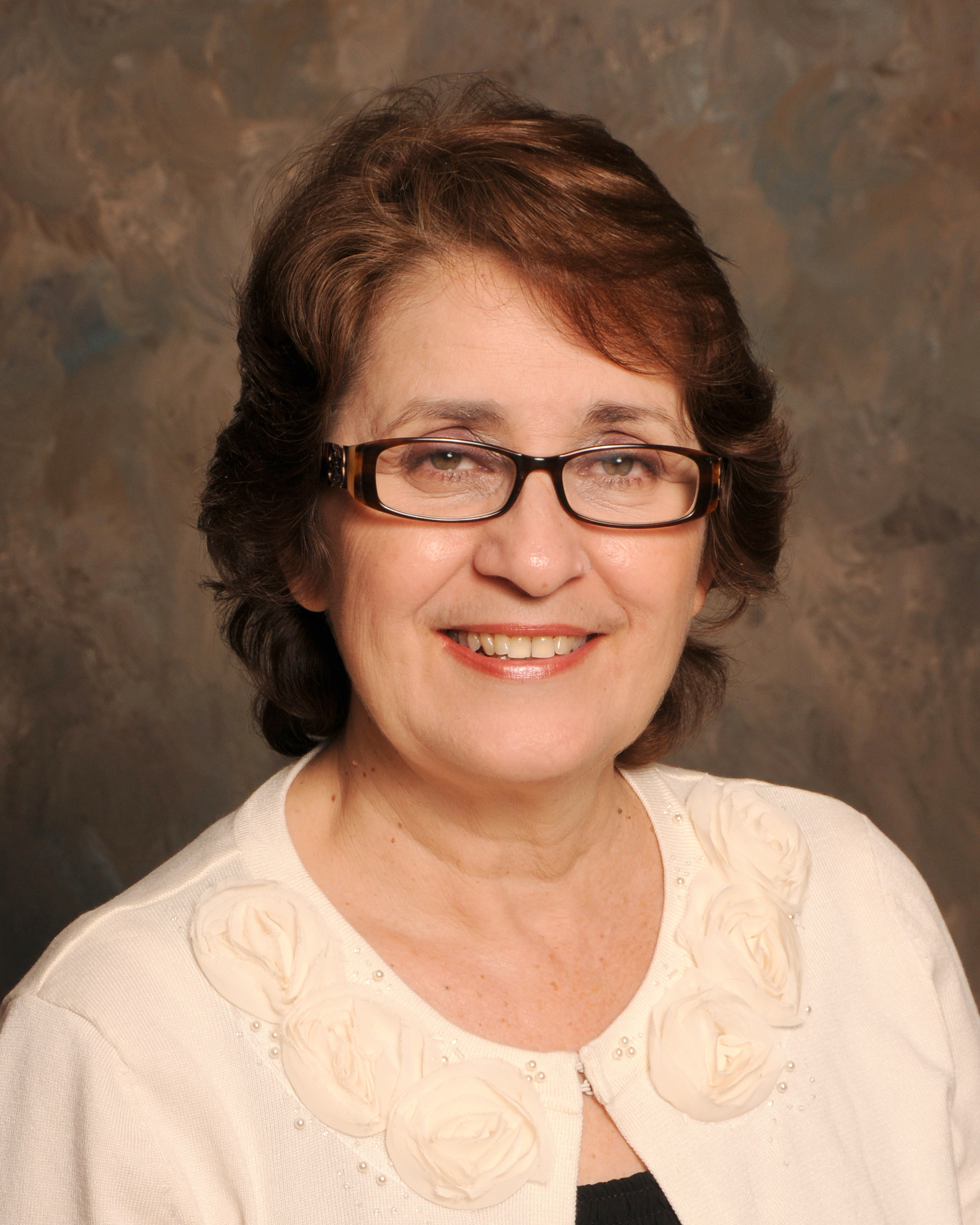 Amelia and Pedro were a ministerial couple in their home of Puerto Rico before accepting the call to ministry at Global Ministries. One of the most remarkable examples of their pastoral work in Puerto Rico was at the Condado Moderno Christian Church, in the eastern town of Caguas. The circumstances of that congregation pointed in an apparent direction: Amelia, as a pastor, would oversee the process of closing that congregation because of lack of membership and weak finances. Pedro would accompany the leadership of the congregation into that route. At the time they accepted the call to serve with Global Ministries, they were leaving a thriving church growing in members, with several outreach programs, two ministerial candidates and a strategic plan for the years to come.

Their work mission coworkers was successful on the local level. In four years of appointment, they helped to raise a whole new generation of young leaders in both Paraguay and Argentina, some of them in pastoral vocations. They also accompanied the people they served through ministries with men, women, and pastors. They preached all in Disciples churches in Paraguay and Argentina and counseled local pastors. The indigenous communities at El Chaco remember the workshops that “Nechy” and Pedro conducted there. As a final blessing of their ministries, this blessed couple helped in the preparation of a Strategic Plan for the churches as they prepare themselves to grow and diversify their ministries.

Global Ministries appreciates the ministry of Amelia and Carlos in our midst and share the words of appreciation from the Disciples in Argentina and Paraguay. What's next? Maybe shortly, as “Nechy” shared in one of her reflections, “God can change the agenda.” May God bless them and accompany them on their next endeavors.