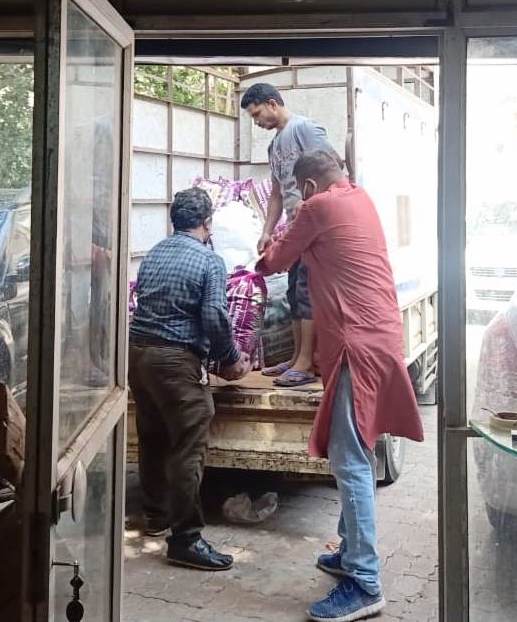 Bombay Urban Industrial League for Development (BUILD), India is an organization that works tirelessly for the “pavement dwellers” in and around Mumbai, India5214. “Pavement dweller” is a term used to identify people that do not have a home that they either rent space in or own. They don’t all live outside on the pavement as this term implies. They live in slums, abandoned buildings, unused rail stations, and makeshift camps.

Since the government of India initiated a country-wide lockdown on March 24, 2020, due to the COVID-19 pandemic their lives have only gotten harder. This is due, mostly, to the fact that almost all these individuals are daily wage earners. None of these people can receive aid from the government because the Public Distribution System (PDS) – the government’s system of providing financial aid and rations – only works if a person has identity documents, a bank account, and a working phone. 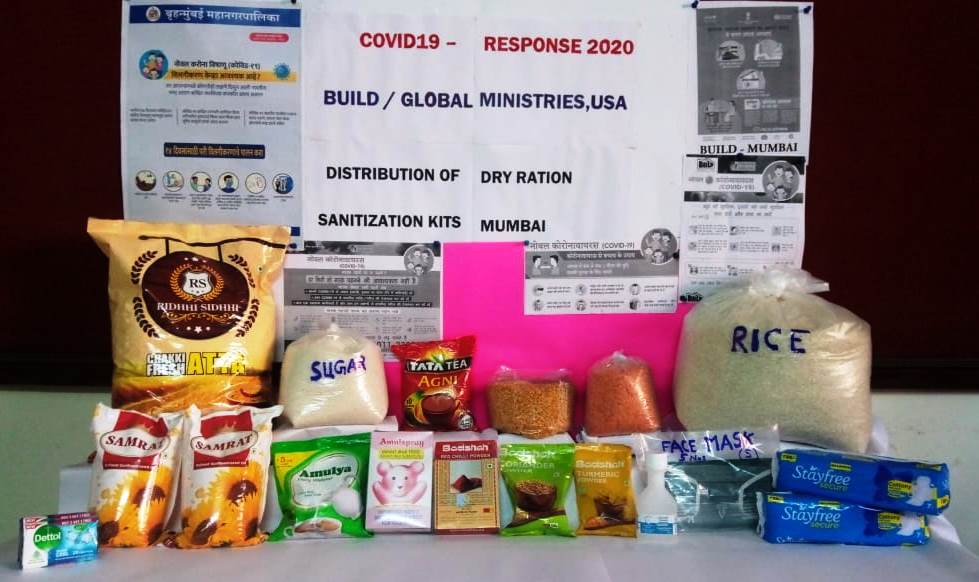 So far, BUILD has distributed “Relief Kits” and “Sanitization Kits” to over 1600 families. The food kits are built to provide an average family of 5 members enough food to last a month. The sanitization kits include masks, sanitary napkins, hand sanitizer, and soap.

One week after the initial distribution of these kits, field workers went back out to get feedback from the recipients. Being daily wage earners, most of these people are familiar with rationing their food. When asked how long they thought the food kits would last, they were happy to reply that they would not have to worry for many days. 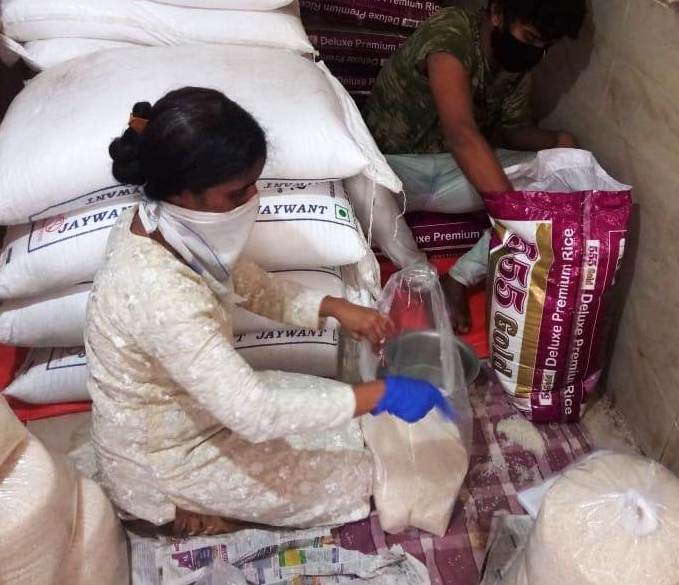 While the relief kits provided food, they also provided two very important items. First, masks, meaning people would no longer shun or abuse them for not wearing a mask. And, second, information. The information pamphlet in the sanitization kit was the first time they received direct information regarding COVID-19. This proved to be useful and helped them to understand the current situation.

All of them stated that they had not received any type of assistance in kind or in cash from the government. Therefore, they were all worried about the future.

While BUILD continues to provide these kits, it is only a band-aid where surgery is needed. 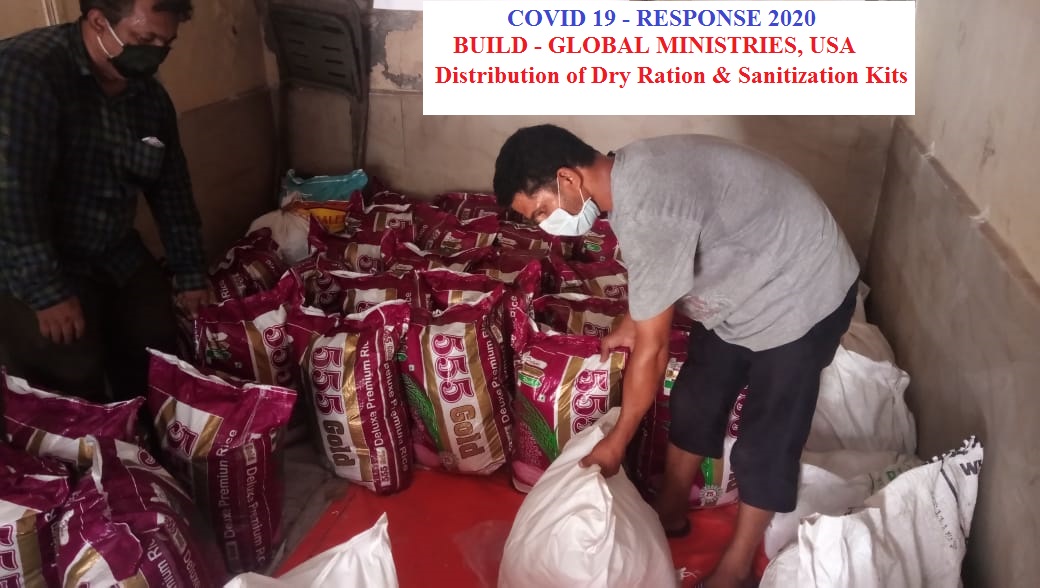 Bombay Urban Industrial League for Development (BUILD) is an organization that works tirelessly for the “pavement dwellers” in and around Mumbai. This is their target population even when there is no pandemic. 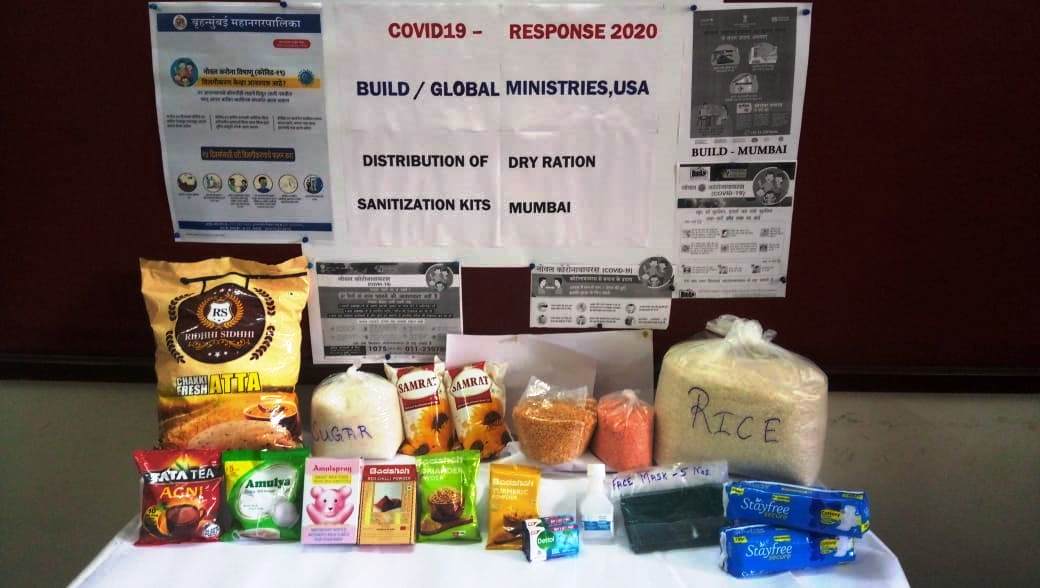 The government lockdown did not change where these people live, it only eliminated the opportunity to earn daily wages. The fear of the virus is secondary to the fear of starvation. The homeless now have no wages to buy food and limited access to clean water.

At the beginning of the lockdown in India, BUILD had Ration Kits of essential groceries that they were able to distribute to approximately 1230 families. When the lockdown was extended through May, they asked for help.

The Relief Kit included enough food to sustain a family of 5 for 25-30 days: 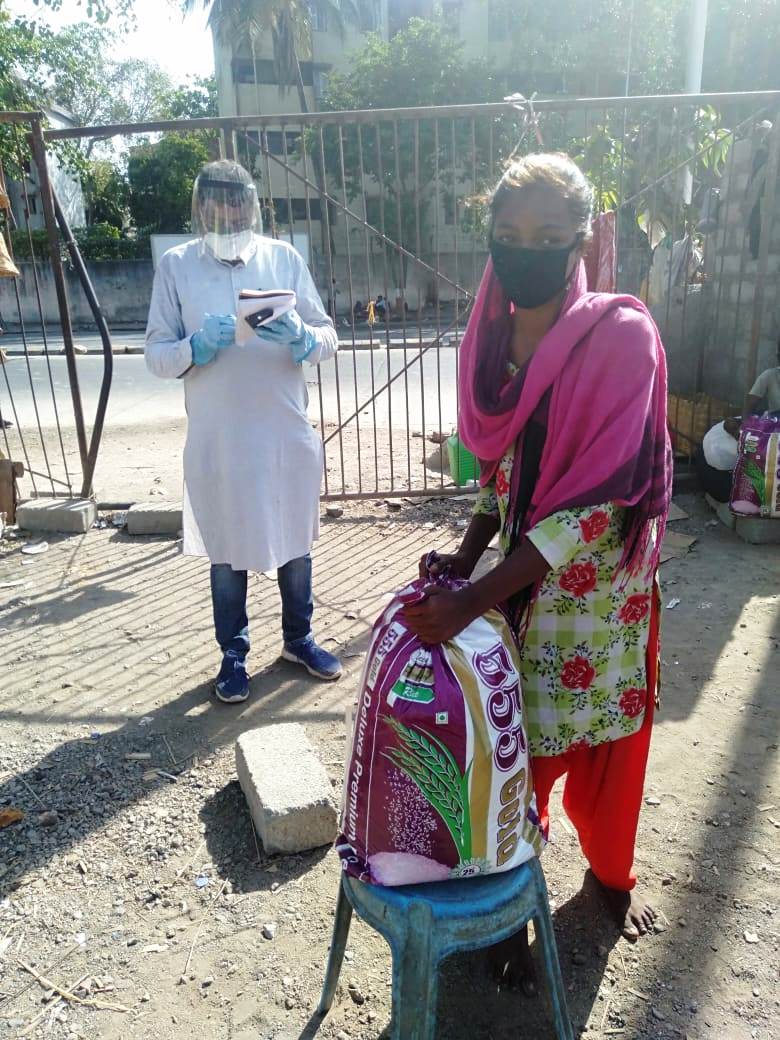 * Dal – dried, split pulses (lentils, peas, or beans) that do not require pre-soaking

BUILD has made a huge impact on the Mumbai pavement dwellers, but there is still much to be done.