“Break the Silence” – Hong Kong’s #Me Too Moment

For the past five years, Hong Kong Christian Council has been one of the few local Christian organizations willing to talk about sexual harassment in the church. As you can guess, it’s not a popular or easy topic to tackle. 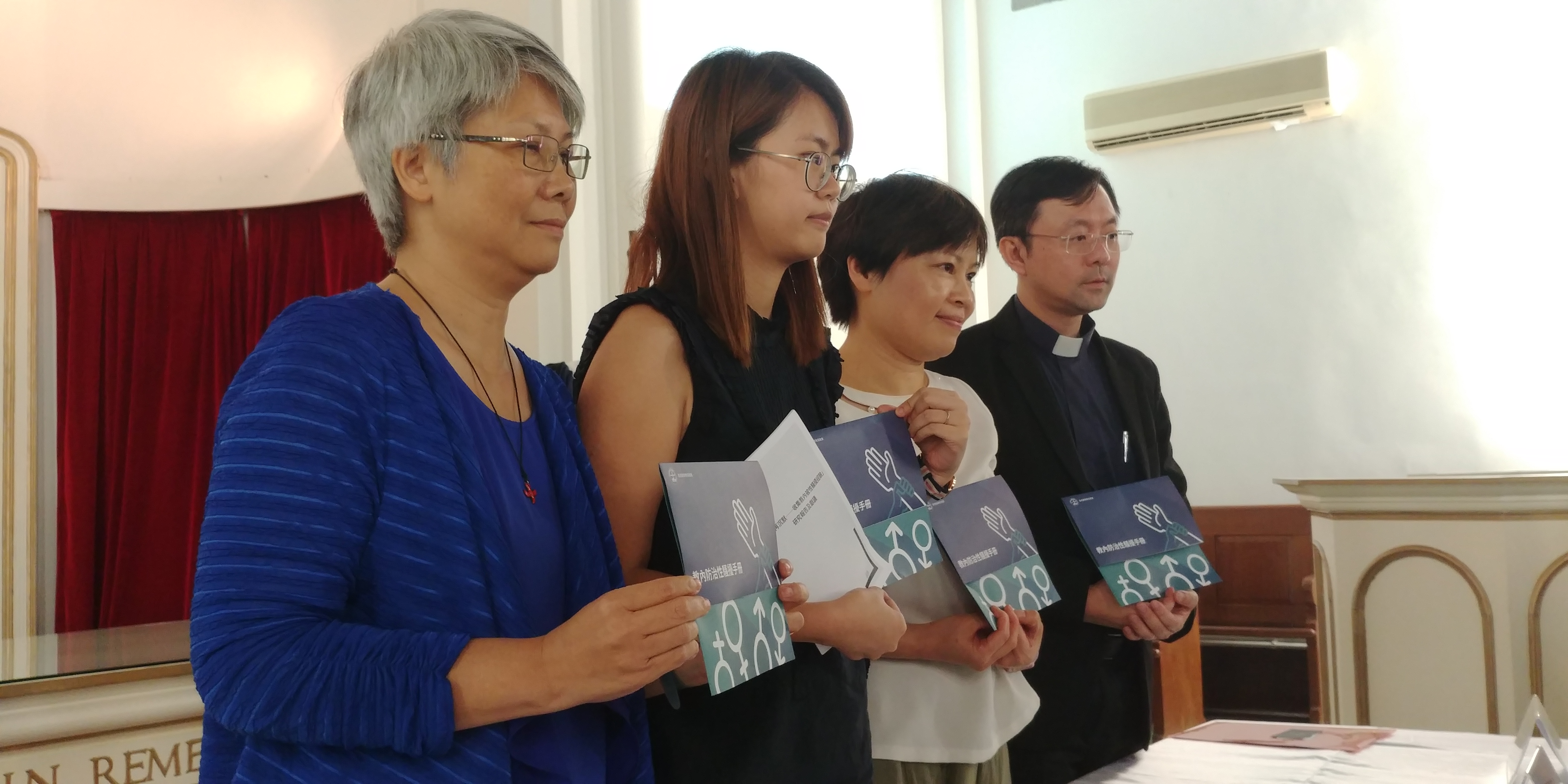 Awareness of the problem in the Christian community started with a 2012 article by “Ms. K” who told her story of being sexually assaulted by her boss, a married Christian man. When she went to her pastor for help, he counseled her not to tell anyone else and not to report it to the police. She refused to remain silent. After reading about Ms. K’s suffering, HKCC’s Gender Justice Group asked the Council to take action. A young staff, Ms. Jessica Tso, was recruited to develop sexual harassment policies for churches, to work on prevention measures, and to advocate for gender justice.

Though her job description was clear, the response from churches was lukewarm. Most were reluctant to follow HKCC’s lead to establish a formal complaint mechanism to report and investigate sexual harassment. Tso says, “I believe this is due to the deep-rooted gender bias and hierarchical power structure in churches. It seems the most important thing is not the suffering of the victims, but rather protecting the reputation of the church. There’s a lot of talk about forgiveness, but not about justice.”

The Gender Justice Group was challenged to produce concrete statistics on the number of actual cases of sexual harassment in churches. In response, HKCC initiated a church-wide survey in 2014-15 with a follow-up project in 2017 to gather stories of victims of sexual harassment that happened in the church setting.

In mid-June 2018, HKCC’s Gender Justice Group was ready to publish the findings of their research on almost 60 cases of sexual harassment among Christians. These stories were collected from persons who had voluntarily responded to the online appeal and survey. Some stories happened as far back as 20 years ago, others were more recent. As the purpose was to conduct qualitative research, the Group carried out personal in-depth interviews with five victims and were supported by the presence of a social work professor from Hong Kong Baptist University. As fate would have it, a few days before the press conference, the newspapers reported a shocking story of a Baptist pastor who confessed to “inappropriate” behavior with some of his female members. The need to discuss sexual harassment was glaringly obvious. Suddenly, this was a hot issue.

Over 100 persons, including pastors, church members, and the media, attended the June 24 press conference. The research showed that most of the victims were female, harassed by men who were often church staff or leaders. Ten percent were cases of male-to-male abuse. More than half of the respondents had changed to another church or stopped attending at all. Again, about half had sought help from their pastor, family, friends, or even the police. Among all the cases, they invariably pointed out a “second trauma”. In other words, when the victims tried to seek help from others, they experienced another round of shame and blame. Churches and organizations refused to follow up on the case. Perpetrators were protected and treated leniently. Victims were silenced and painfully left on their own.

The press conference therefore included more than just a report of the research findings. It was also a time of confession and prayer to remember victims and to seek God’s help to build “safe churches” for all. It was an occasion as well to educate the public about sexual harassment and commit to concrete actions to change the culture of indifference, fear, prejudice, and abuse of power.

Tso concludes, “We have made a good start, and momentum is picking up. At two follow-up events in July, there was a large turnout and interest is high. More Christian pastors and organizations are getting involved. But still there is a long road ahead for Hong Kong churches as a whole to come to terms with sexual harassment.”

As Jessica’s colleague, I applaud her courage and strength to take up this work. I have shared what our denominations in the U.S. are doing in terms of establishing “healthy boundaries” for pastors and churches. She was particularly grateful to learn about the #SilenceIsNotSpiritual campaign in the U.S. As their powerful statement says: “We face a defining moment as a Church. Will we shrink in fear and despair or will we join the cry of the vulnerable, echoing their voice and defending their courage? Silence is not spiritual. Action is not optional. Join the movement now.”

In closing, let me thank you for your support of the ministry of gender justice at the Hong Kong Christian Council. Your prayers and financial support to Global Ministries make it possible to “break the silence” on sexual harassment in Hong Kong. With God’s help, we can and will make a difference!