The Community of Disciples of Christ in Congo (CDCC) in the Democratic Republic of Congo (DRC), was founded in 1889, and has been connected with what today is Global Ministries since its inception. With over 650,0000 members, the CDCC has 22 ecclesial regions located in the Equator, Bandundu, East Congo, Lower Congo, and Kinshasa regions. In addition to the church’s robust women’s programs, its six hospitals and many health centers, the CDCC also runs more than 660 schools across the country. 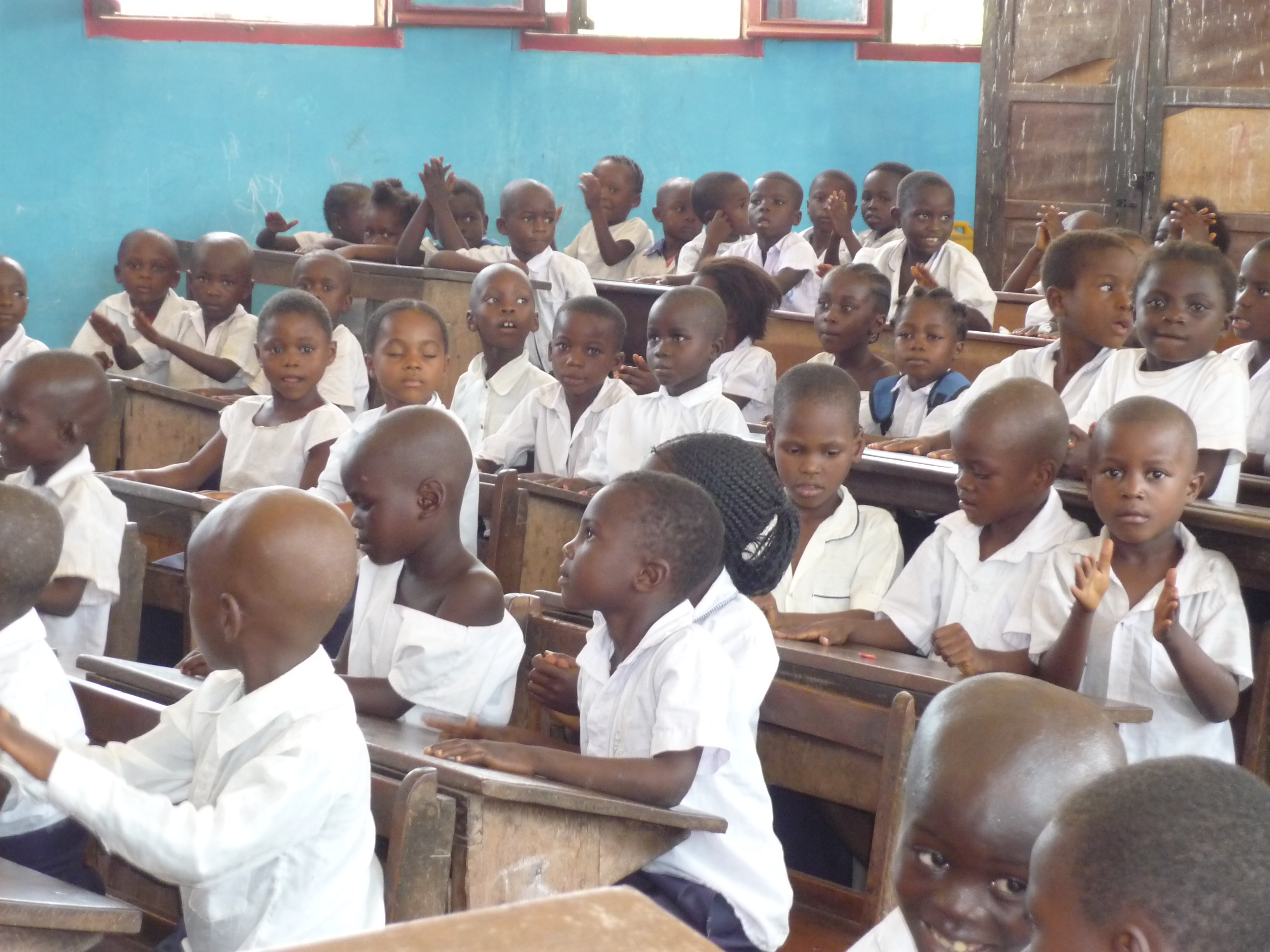 Many of the CDCC schools are located in remote areas of the country, accessible only by river, and were established many decades ago. In recent years, the Democratic Republic of the Congo government decided that primary education would be free to all children. Since this decision, the CDCC has experienced a significant increase in the student population at each of their schools. Today it is common that classrooms are overcrowded and there are not enough chairs and desks for each student. Therefore, many students are sitting on the floor each day in order to attend class.

The CDCC Education Department is raising funds for new school furniture to address this current priority for CDCC schools. The CDCC is working with church members who can build school benches, chairs, and tables, thereby providing an income-generation project for church members with this skillset. As the new classroom furniture is built, they will be distributed to the over 660 CDCC schools, so that more students will have seats while learning.