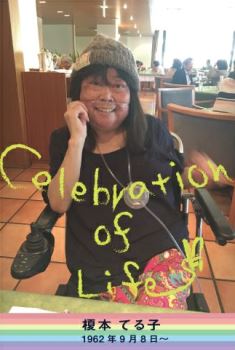 Teruko’s funeral was like no other. She called it a “Celebration of Life” Her dream was to build a “blended community.” She wanted to bring people together from all walks of life, and to witness the birthing of something new. She had choreographed her own farewell party. She wanted us to wear bright dazzling colors, instead of the customary black mourning clothes. The rainbow was to be the symbol of our blended-ness. So there we were, all six-hundred of us, crammed into the limited space at the Aoi Church in Kyoto. We were there, not only to celebrate her life, but to celebrate life itself. At one point during the service, we joined in a responsive reading called “The Confession of Life." Death will not have the last word. Darkness cannot overcome the brightness of the love that we share. Pain, suffering and loss will not forever cloud the vision of hope that binds us. Together we declared our belief in LIFE, and the enduring power of God’s love for all living things. 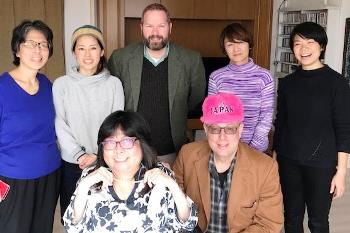 Teruko was a visionary. Twenty years ago, she got together with a few friends (including my sister Martha who is also a CGMB mission co-worker) to start the Bazaar Café, in Kyoto. The Bazaar Café is located on the first floor of an old missionary house owned by Common Global Ministries. It has been a ministry to the marginalized; HIV/AIDS patients, people with a history of drug and/or alcohol abuse, sexual minorities, and others who find themselves ostracized and downtrodden in society. Migrant women find work cooking in the kitchen three days a week preparing ethnic food for lunch at the café. Young college students work as volunteers to support outreach activities, and various events on weekends have brought people together to learn and share. This ministry has been supported by our church partners in Japan.

Ten years ago, Teruko contracted Sjogren's Syndrome, which is an autoimmune disease. This meant that her body slowly deteriorated to the point that she had to spend her final years in a wheelchair. Her lung capacity weakened. She had to always depend on having oxygen pumped into her lungs. Her physical weakness was increasingly noticeable, and yet her vitality and love for others grew stronger by the day. She gave of herself. She listened and cared. She was able to minister to others through her own struggle and vulnerability. She often spoke of “the wounded healer”; a term that had all the more impact coming from her. Through the ministry of the Bazaar Café, she had been able to bring the wounded and vulnerable together, and to embrace the joy and meaning of life even in the midst of suffering and pain. 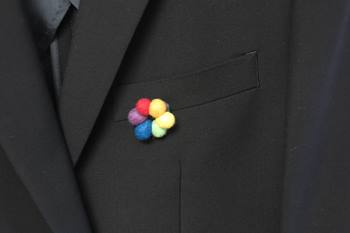 At her “Celebration of Life,” I had worn black in the traditional Japanese way. Pinned to my chest was a rainbow emblem (see photo). I looked out over the sanctuary in amazement, wondering how Teruko had managed to touch such a diverse group of people in such a genuine way. Some were in very dazzling colors. One looked like he had just come from the carnival in Rio de Janeiro. One young man had dyed his hair rainbow colors. After the service, three friends came forward to share their memories of Teruko. One was a woman now working as manager of the Bazaar Café. Her speech was not polished. She stood facing the large picture of Teruko placed above the casket in the chancel of the sanctuary. Her words were straight to the point. “When I came to Kyoto and met you, I, for the first time, started to believe that life was worth living. I was so happy the day when I was finally able to thank my mother for bringing me into this world. You were the one who enabled me to do that.”

The night before, it had rained hard prior to Teruko’s wake. Ten minutes before the wake was to begin, the rained cleared. One person called out; “Look, a rainbow!” It was certainly not lost on the crowd assembled that this was an added blessing and promise of God’s love for all people.