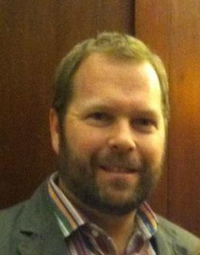 The prayers of the world joined with Kenya this Easter as that country began an official period of mourning for the 148 students and security personnel killed in the northeast town of Garissa on April 2. The attack on Garissa University’s campus was carried out by al-Shabaab militants, who explained they targeted non-Muslims in the attack in revenge for Kenya’s killing of Muslims in neighboring Somalia, where, since 2011, Kenya has been helping African Union forces wage war against the group.

The young people killed in Garissa received particular mention in Pope Francis’ Easter message, as he called for peace to be with those who are suffering in the many places of violence and pain in our world, from Iraq and Syria, to Ukraine, Nigeria and the Congo. In church on Sunday, we, too, offered prayers for those caught up in these conflicts, even as we recognized that such tremendous violence appears to contradict the very message of hope that Easter proclaims. For Christians, how does Jesus’ victory over death invite us to respond differently in those places in our world where death still claims to prevail?

In Kenya, the government has vowed to retaliate in “the severest way,” while al-Shabaab welcomes the fight, promising the people of Kenya “a long, gruesome war.” Violence has this way of inciting more violence, as demonstrated over and again in our world. The logic of retaliation is the logic of payback. Payback gives in to the invitation to deal with those dedicated to violence. It’s the logic of an eye for an eye, which leaves the world blind to the possibilities of new life.

While the response of the Kenyan government is understandable, the Christian response would have us refuse the invitation to deal with death in kind. The women who went to the tomb that first Easter discovered a grave that witnessed not to the victory of death, but beckoned them to see the potential for peace as the answer to violence. The angel told them, “Don’t be afraid. I know you are looking for Jesus, who was crucified. He is not here … tell his disciples: ‘He has risen from the dead and is going ahead of you into Galilee. There you will see him.'” Christians are an Easter people. We are invited to see past the grave, to find the one who suffered violence and was dead moving among the living.

This is a difficult task. We are naturally fearful in the face of death. It is tempting to retaliate, to strike back. Yet, while difficult to look beyond the scene of violence and leave death behind, have we not experienced how exceedingly difficult it is to escape cycles of violence when they spiral beyond our control? Witness the tragedy of Iraq and Syria. How can we imagine a response to that violence in a way that will not add more violence, more death?

To imagine peace requires a creative vision that sees beyond the grave. In his message, the Pope challenges us to counter violence with humility: “From the risen Lord we ask the grace not to succumb to the pride which fuels violence and war, but to have the humble courage of pardon and peace.” To the names for Jesus, my pastor on Easter added the title “poet of possibilities.” As people and as nations, we must be committed to seek possibilities for peace. This commitment requires a creativity to look beyond the invitation to dwell in the death of retaliation, to see life even beyond this grave called Garissa.

Derek Duncan is Program Associate for Global Advocacy and Education.

View this and other columns on the UCC’s Witness for Justice page.