Commentary: Winnie Madikizela-Mandela: A Movement of Her Own 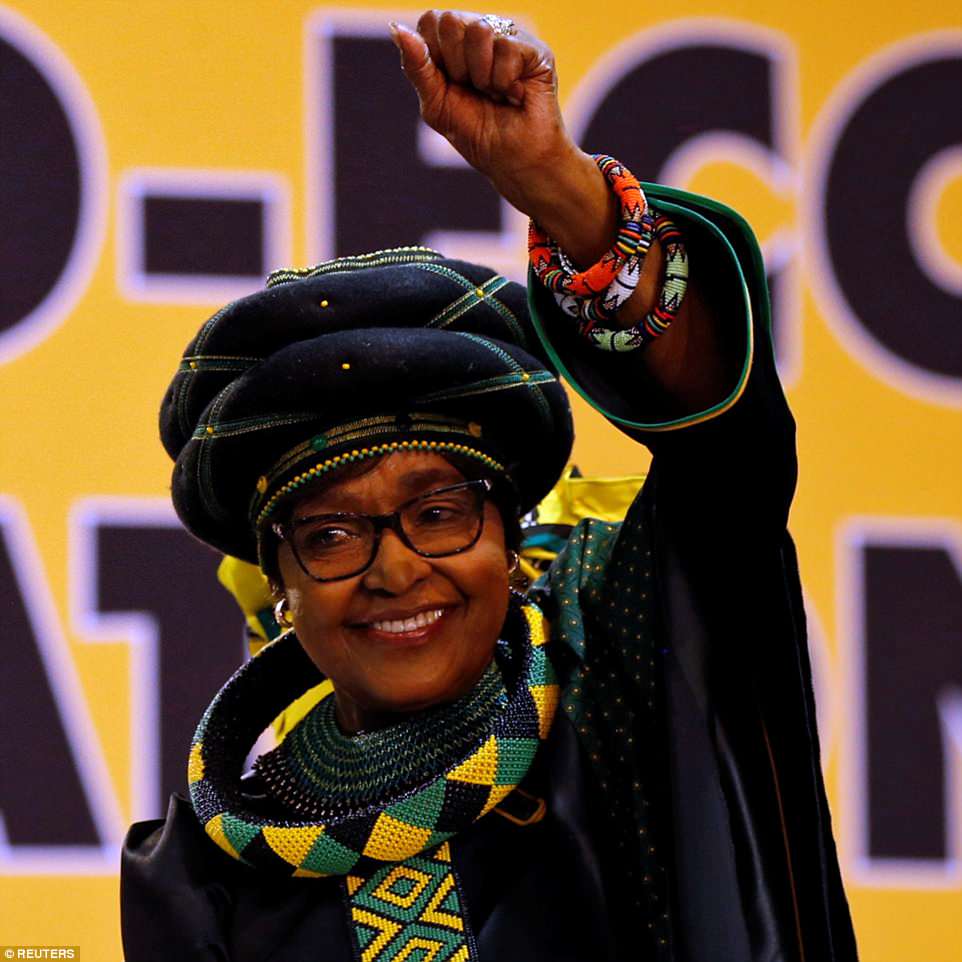 Since the passing of Winnie Madikizela-Mandela, I have listened, at least once a week, to Sweet Honey in the Rock, a female African-American acapella ensemble, sing “Ella’s Song.” The opening lines, “We who believe in freedom cannot rest. We who believe in freedom cannot rest until it comes,” sang in perfect harmony captures my emotions in new and unexplainable ways each time I listen to Sweet Honey in the Rock’s rendition. The song is a call to action and deeper engagement. It calls out those whose thirst for power has created tyrants that demand the silence of vulnerable people. It raises the ageless concern of the value gap in the world, specifically in the United States, which values white lives more than black lives. “Ella’s Song” speaks to Winnie Mandela’s life-giving work.

Winnie Mandela was a Black South African anti-apartheid activist, politician and ex-wife of Nelson Mandela. She committed her entire life to fighting for justice for Black South Africans and speaking against global injustices. She openly criticized anti-immigrant violence in South Africa, fought for decent housing for the nation’s poorest citizens, and even opened her home to homeless people to come live in her residence until they could support their families.

“During a life beset with tragedy and trial, she [Winnie] ceaselessly demonstrated the well-chronicled characteristics of her ancestors, who were fearless and autocratic… and typified their dauntless courage, stubborn pride, and instinctive aptitude for survival against all odds” is how biographer Anne Maredu Preez summed up this powerful woman. She was a standalone heroine in many ways and should never be forgotten. While the world loved and lauded her ex-husband, Nelson Rolihlahla Mandela, Winnie was often criticized and demonized for her fierce advocacy and unapologetic militancy. Winnie Madikizela Mandela decision to stay in Soweto until her last days is symbolic of how she lived the people’s struggle. While she did hold political office until the time of her death, she did not resign herself to the ivory towers of politics, instead, she was on the ground with the people, hearing their concerns, and marching with them to create a better life and community. Like many of the anti-apartheid contemporaries, she could have easily established a residence in more affluent areas in South Africa.

Winnie Madikizela Mandela was not a product of the African National Congress. She was a movement on her own. “He [Nelson Mandela] has never discussed anything politically with me. I'm not his political product actually. I've never been. I've never had an opportunity to be one," Winnie Madikizela-Mandela shares in an interview about her relationship to Nelson Mandela. Winnie’s struggle was a lived experience. Her ideas was formed by her family which included a contemporary to King Shaka Zulu who was a warrior chieftain from Natal, her experience as a social worker witness the disparities between Black South Africans and whites, and her marginalization as a Black South African woman.

On April 14, the world gathered at the Orland Stadium and around television and computer screens to bid farewell to this icon of South African’s liberation struggle. In his passionate eulogy, South African president Cyril Ramaphos stated: “She was an African woman who — in her attitude, her words, and her actions — defied the very premise of apartheid ideology and male superiority. She challenged the attitudes, norms, practices, and social institutions that perpetuated — in ways both brutal and subtle — the inferior status of women. Loudly and without apology, she spoke truth to power.”

Winnie Madikizela- Mandela believed in freedom and she worked until her last breathe to bring it to all who are victims and who are vulnerable to a violent system of oppression and marginalization.

View this and other columns on the UCC's Witness for Justice page.