Communion in a Time of Ebola – Democratic Republic of Congo 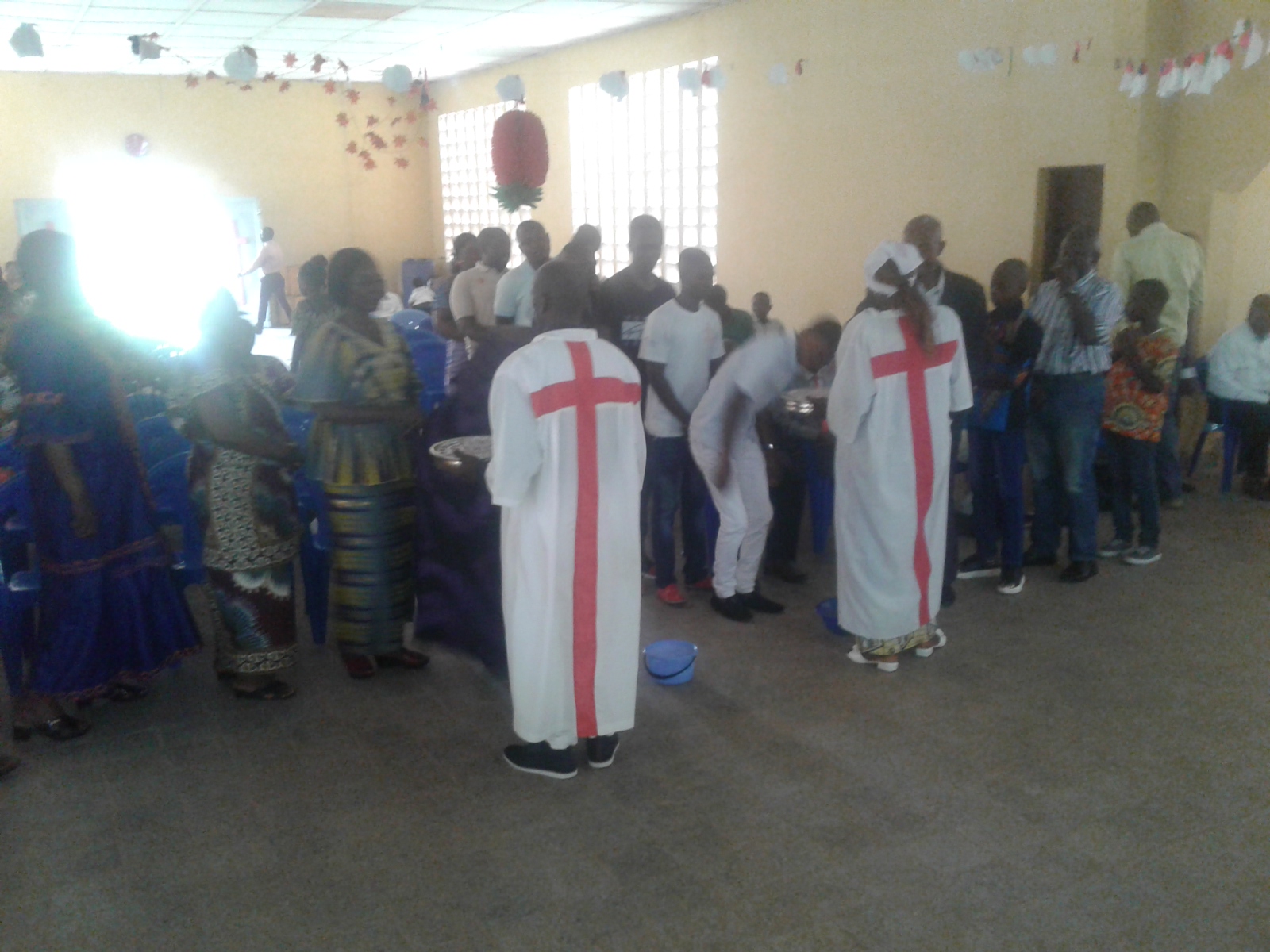 The news on May 8th that confirmed cases of Ebola were present in the Equator Province of DR Congo just 50 miles outside the city of Mbandaka was paralyzing. The Ebola virus is one the deadliest on the planet with no known cure. That second Sunday in May, the Community of Disciples of Christ in Congo (CDCC) began to mobilize to increase awareness and equip medical facilities to treat the victims and contain the spread. Thankfully, by the second Sunday in August, the Ebola outbreak in the Equator Province was declared over because of the quick response by a cross section of local, national and international actors. 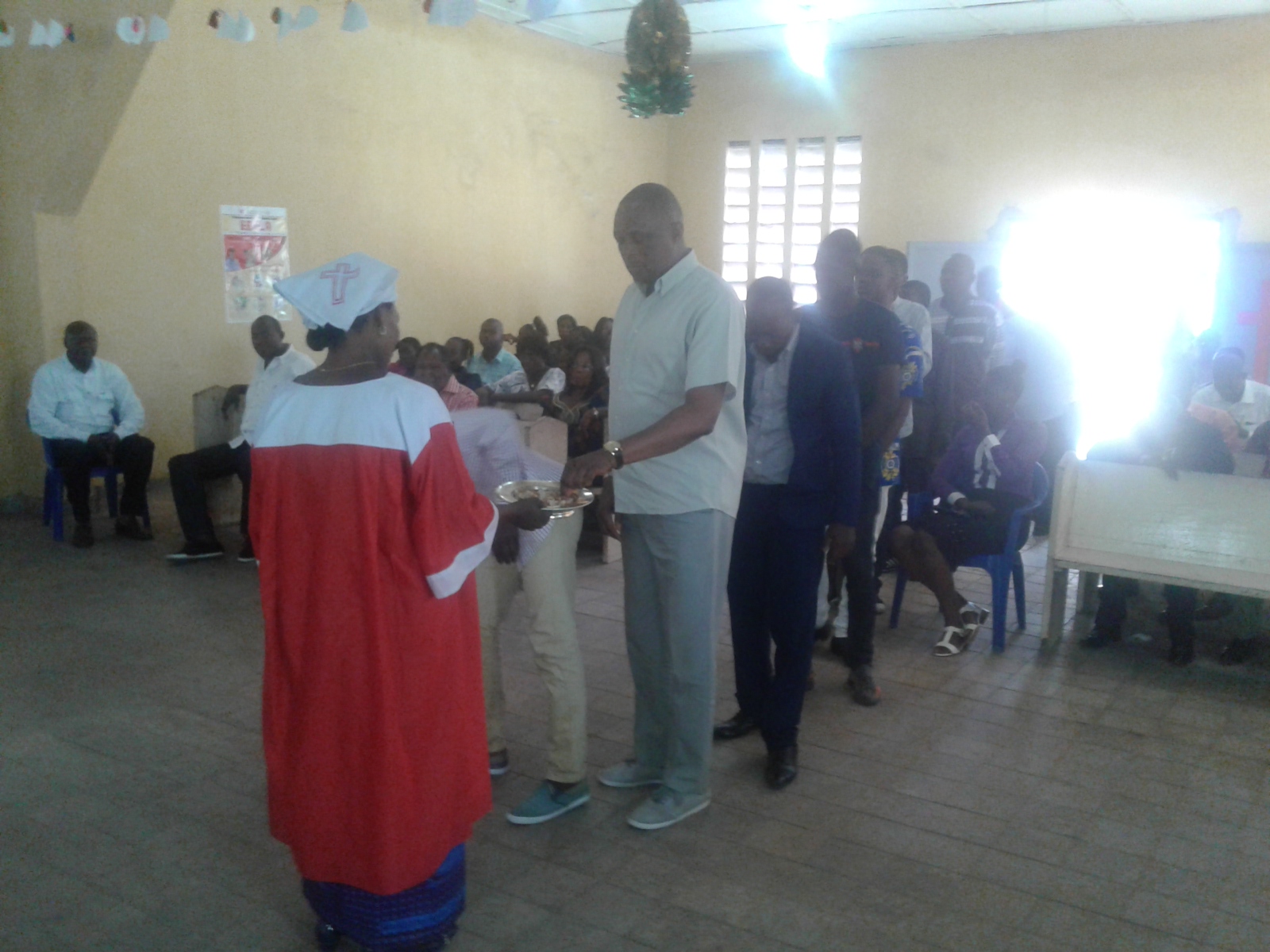 During the Ebola response, the CDCC instructed local churches to take special precautions, such as halting the ritual greetings of handshakes and kisses on the cheek. Then there was communion, a time when trays of bread and juice are passed between parishioners. How was the church going to protect parishioners while still conducting the weekly celebration at the Lord’s Table?

It would have been understandable if the church stopped communions as well, at least for a time. It was decided that communion would still take place, but in a different way than before. The new process had to instill confidence in its safety to allow parishioners to continue to freely partake of the emblems representing Christ’s body and blood. 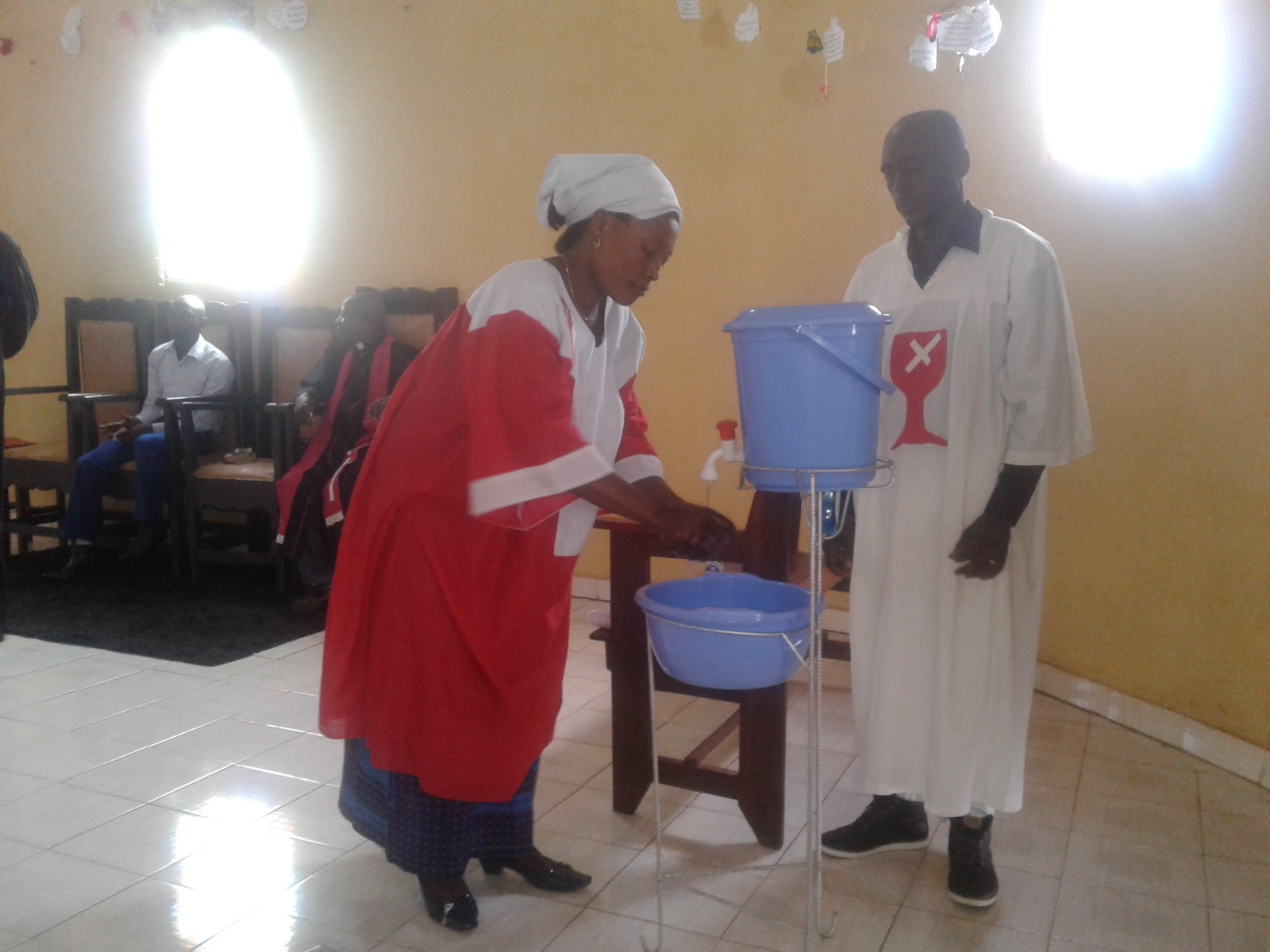 To begin with, hand washing stands were placed outside each church in Mbandaka. When the time for communion came, the elders prayed over the emblems as usual and then brought them down in front of the pulpit. The ushers dismissed each pew to proceed to the front of the church to wash their hands again and receive an application of hand sanitizer. Then they could partake of the bread and the cup, depositing the empty cup into a bucket, and returning to their pew. The process was smooth and was in no way disruptive to the overall worship experience. 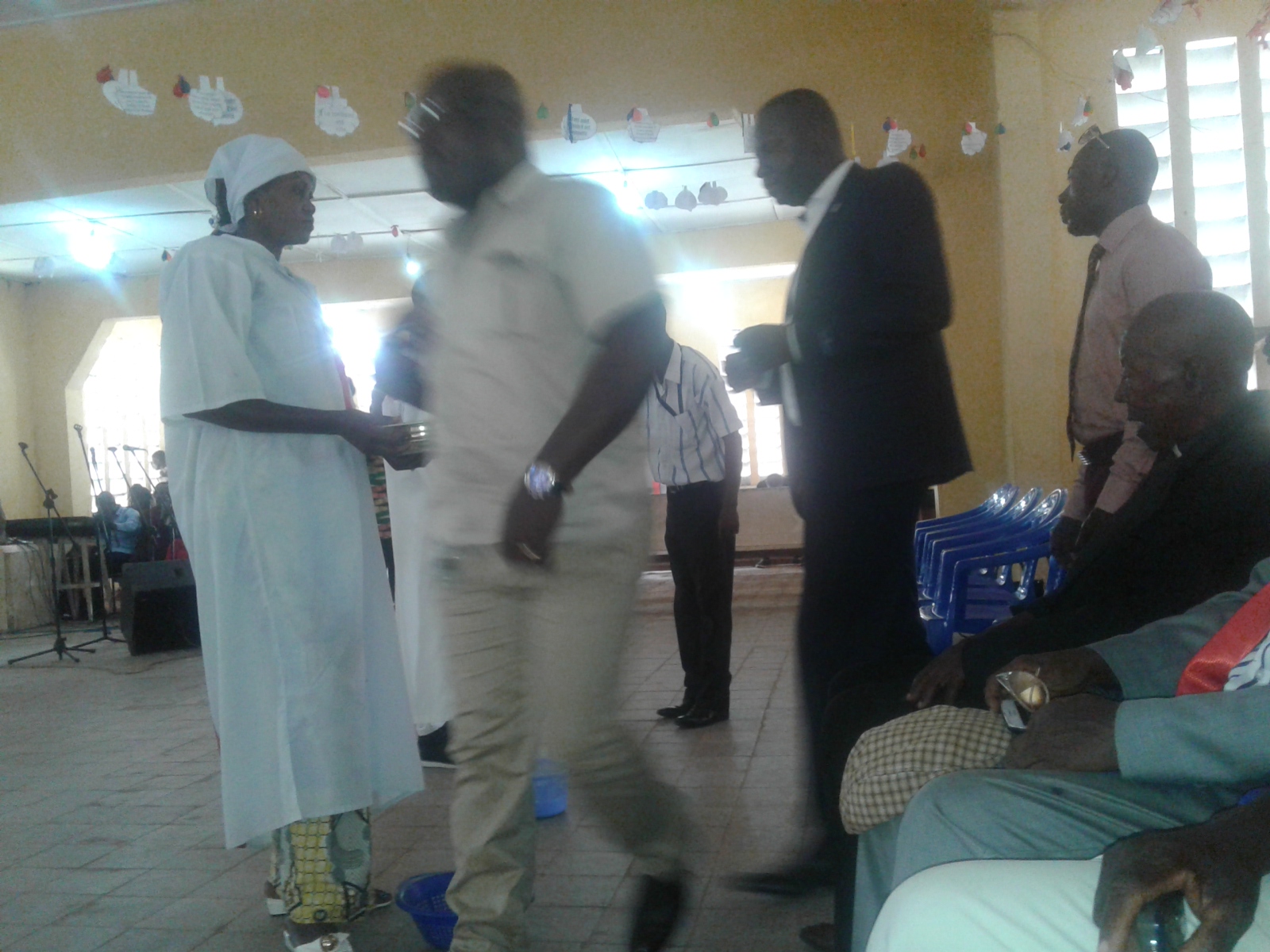 This augmented process for conducting communion at Disciples of Christ parishes served as a powerful reminder for parishioners to remain vigilant during the outbreak. Communion highlighted the seriousness of the situation and the necessity to change behavior, providing a credible counter to voices of skepticism regarding the imminent danger of the virus. Therefore, communion became a source of the community’s resilience to overcome Ebola and prevent it in the future.

The world marveled at the how quickly the Ebola crisis in the Equator Province came to an end. Some credited the community’s isolation deep in the equatorial forest with containing the spread of the virus. The quick resolution can also be attributed to the community’s cohesion. A city of over 1 million people, lacking in many amenities and basic infrastructure, doesn’t simply emerge from a health crisis without strong associations, a sense of solidarity and mutual responsibility. The Lord’s Supper has been described exactly the same way… an expression of unity, of oneness in Christ and concern for one another.