On 26th February this year, some of us chose to enter a period of discipline, known as Lent.  We could not have foreseen that, thanks to the spread of Covid 19, discipline would in fact be required of so much of the world’s population in so short a space of time, nor that discipline would be required well beyond Easter, when Lent concluded.

Italy’s suffering in recent weeks is well-known.  Sobering infection and mortality statistics[1] record the direct impact of the virus on its population; these say nothing of the wider impact in terms of the economy, overall health and society, at which we can only guess. 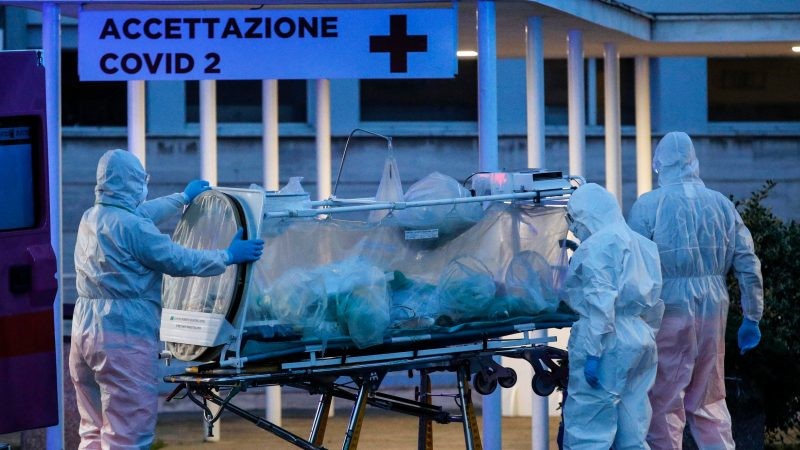 The pressure on the Italian healthcare system has been immense.  The healthcare workers who are daily exposed to risks from which the rest of us are generally shielded are owed an incalculable debt of gratitude.  Few would choose to expose the system or workers to any additional pressure.

And it is against that background that the Italian government quietly issued an inter-ministerial decree[2] on Tuesday, 7th April 2020.  It aims to exclude a single group from accessing any assistance for the duration of the health emergency, namely, those who have been rescued outside Italian international waters by a vessel bearing the flag of another country.  In order to achieve that end, the government has announced that Italy, as a whole, cannot be considered a safe port for that group of people.  Responsibility for that group, it says, should lie with the country of the flag flown by the vessel in question.

For a number of reasons, this news was greeted with anger – but perhaps not surprise – by those working for migrants.  Almost none of the NGO search and rescue (SAR) vessels which operate in the Central Mediterranean bears an Italian flag, notwithstanding that many are aided by Italian funds and logistical support.  In any event, were rescue to be effected, say, off the coast of Libya, the decree would prevent vessels from approaching Italy as a safe port for the purposes of disembarking those rescued.

For people are still coming, nowithstanding the outbreak of Covid 19.  In the same week that the decree was issued, Alarmphone[3] confirmed that over 1,000 people set off from Libya.  My colleagues in Lampedusa confirm that, just as was the case throughout the period of Matteo Salvini’s “closed ports” policy, small ill-adapted boats continue to reach the shores of the island.

According to the Italian Ministry of the Interior, the numbers arriving, which stood at 181,436 in 2016, had dropped to 11,471 by the end of last year. Italy’s population currently stands at around 60.48M.  So why focus on this group in particular?  Proportionately, what impact is that group truly likely to have on the creaking healthcare system?

My reading of the new decree is that the folk who make it here on their own will not be caught by its terms, just those being rescued on the open seas.  As a result, it is hard not to associate this development less with the current health emergency than with the ongoing failure of the EU to agree a coherent SAR strategy in advance of the arrival of clement weather and better travelling conditions which, every year, lead to a rise in the numbers attempting to cross.  For years now, Italy has considered itself abandoned by its EU partners in this regard; for years it has resorted to increasingly desperate measures to signal that sense of abandonment.

If this crisis has taught us nothing else it is this: at the worst of times, a collective effort is not only desirable but necessary.   If people – or nations – feel abandoned, they will look after their own interests first.  And the weakest, as now, will suffer as a consequence.

Fiona Kendall serves with Mediterranean Hope, Italy. Her appointment is made possible by gifts to Disciples Mission Fund, Our Church’s Wider Mission, and your special gifts. Make a gift that supports the work of Fiona Kendall