The Alliance for Sustainable Resources Management (AMANESER 2025) is an ecumenical network of grassroots organizations whose purpose is to promote sustainability in Puerto Rico so that the island can design its development as “prosperous, fair, democratic, sustainable and happy.”

To this end, AMANESER 2025 is beginning to equip local communities with the organizational and material resources to improve their resiliency in the midst of natural disasters and to reduce the community’s dependency on outside assistance in responding to these disasters. Material resources provided to the community include:

Each community will develop their own strategic plan for becoming a more sustainable community in the face of climate change. In walking with the community, AMANASER 2025 will provide technical and organizational training. Through this process, each community will come together to write a vision statement, identify priority areas, and develop strategies and activities to work toward their vision for the future. 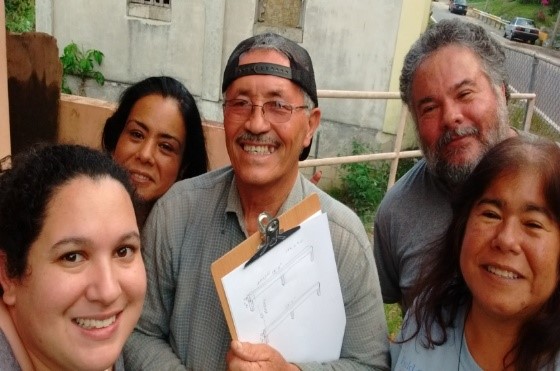 Over the past year, 19 workshops and 50 educational meeting have been offered by AMANESER 2025, training over 200 community leaders, cooperative members, trade unionists, religious leaders, academics, and professionals in climate change and energy democracy. Since Hurricane Maria struck in 2017, the majority of the population of Puerto Rico has learned that public services do not work for them, and that the privatization of the Electric Power Authority is harmful to their communities in the face of climate change and natural disasters. With growing individualism and privatization, and the impact of climate change beginning to strike home, some have begun to be receptive towards solutions that will create sustainable and resilient communities capable of dealing with larger hurricanes and storms. The connections between climate change and Christian spirituality are at the core of AMANESER 2025's work, and in the coming years they will be facilitating conversations addressing climate change as a social, moral, and religious issue. 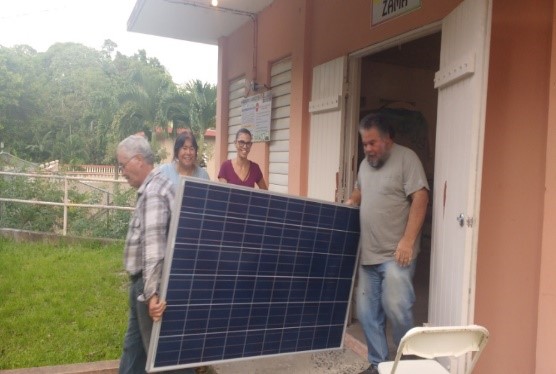 The work of AMANESER 2025 can be felt in Veguita Zama—a rural community, in the remote and isolated village of Jayuya. There is limited access to services and opportunities—a situation that worsens after large storms cut access to power and drinking water. After Hurricane Maria, the community of Veguita Zama was forgotten by almost everyone, further complicating the situation. The community was without power from the Electric Power Authority for nine months, and during that time the community center that AMANESER 2025 helped establish continued to distribute materials, provisions, and aid to the local residents in large part due to the solar panel systems and training they provided. Two of the three systems with which the center operated were developed through AMANESER 2025. The first began operating early in 2018 and the installation was used as part of the workshops being offered to community leaders on sustainable resilience. Along with solar panels, water filters and replacement cartridges were distributed that will allow the community to filter more than 7,000 gallons of water and a small office refrigerator that was installed to preserve medicines for the local residents. The community of Veguita Zama is not waiting for someone to come and solve their problems, they are doing it themselves with assistance and training from AMANESER 2025. 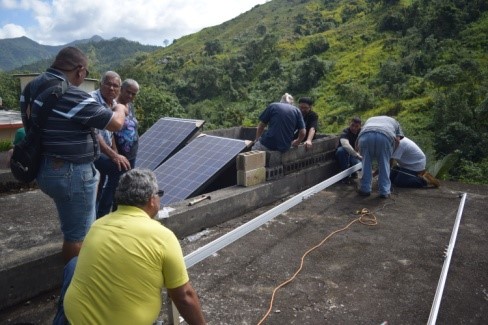 Despite this progress, there is a strong resistance to change in the region. One year after Maria, people have begun to return to their lives before the storm. Many of the participants of the workshops want to build large solar panel systems in order to continue living as before María—lifestyles that consumed unsustainable amounts of power. However, through education and training, local residents are beginning to desire to change their lifestyles. 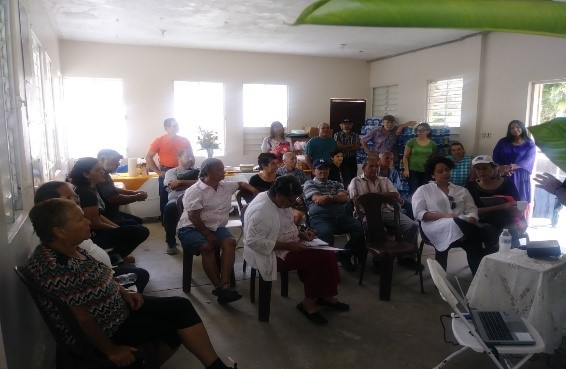 As AMANESER 2025 prepares for 2019, they are seeking to expand their message through Puerto Rico. In the past year AMANESER 2025 has been making the most with limited resources, but thanks to the contributions received by special gifts, including Global Ministries support, AMANESER 2025 has been encouraging hope and empowerment in the communities where they have worked. 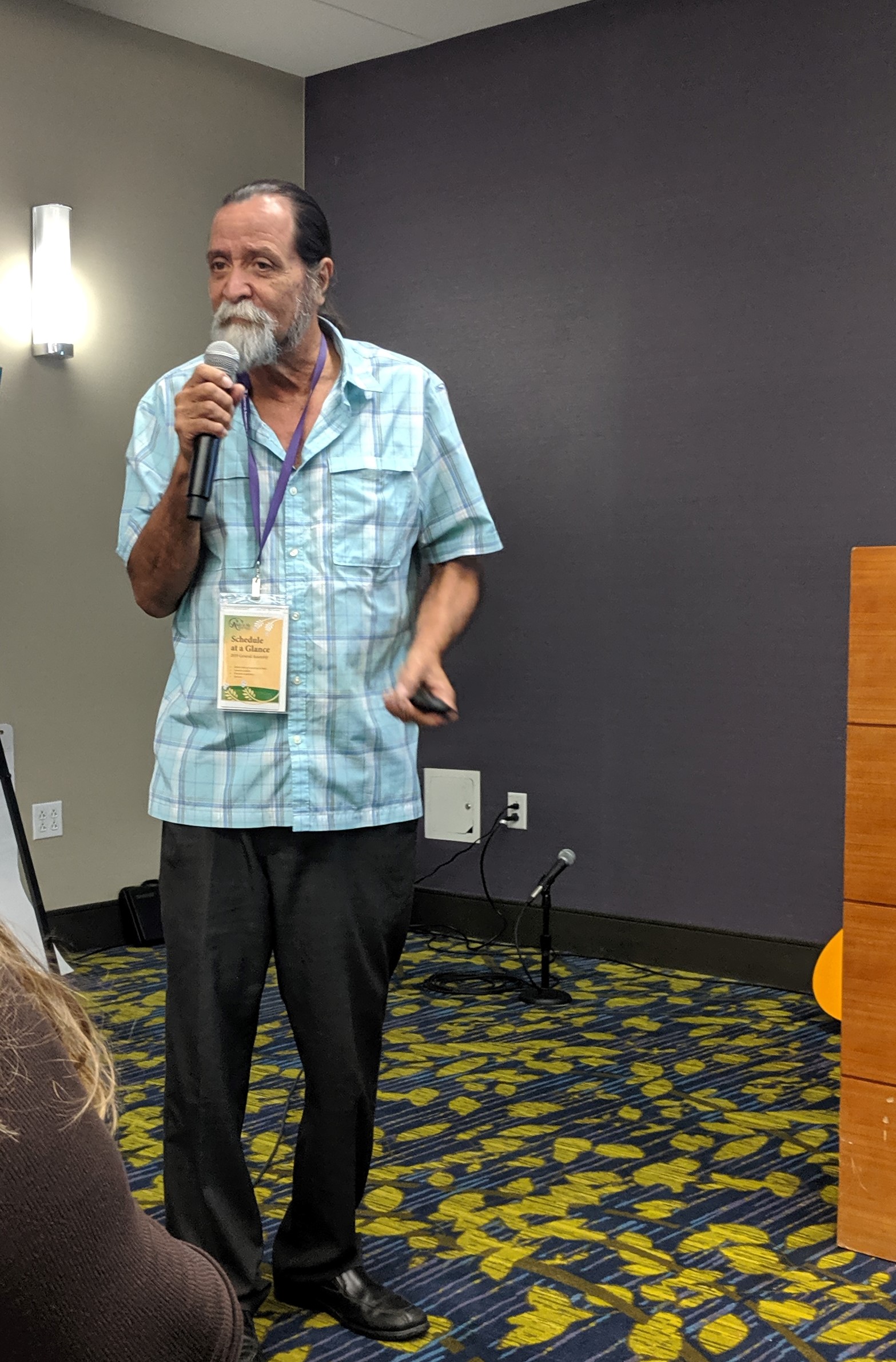 Juan affirmed that the mission of AMANESER 2025 is to collaborate in the creation of self-reliant and sufficient communities. In pursuing this mission AMANESER 2025 has been hard at work since Hurricane Maria. AMANESER 2025 has deployed many small back-up power systems which are made up of one kilowatt inverters and batteries. These systems can power a refrigerator, lights, medical devices, radio, or other small appliances. These systems are being installed in thirteen communities throughout Puerto Rico. Many of these communities didn’t have any power for nine months following Maria, and still rely heavily on these back-up systems when intermittent power outages occur. In many communities, these outages still occur about once a week.

AMANESER 2025 now is working with communities to deploy larger systems that are 2.5 kw converters. This increased capacity can run a whole house. The goal of these systems is not to replace the power grid, but to create resilient communities that through community organizing can build back-up power sources that enable them to avoid the pain and suffering that was experienced after Hurricane Maria. AMANESER 2025 has been testing these 2.5 kw systems.

AMANESER 2025 also is excited to continue working with additional communities to help them organize themselves to secure sustainable back-up energy grids for their community. AMANESER 2025 is working with five new communities that already have received training to build and install their systems. One of these communities is Borinquen Atravesada, which is a community that suffered greatly after Maria. Part of AMANESER 2025’s model is to try and place at least one system into many different communities so that other communities nearby might become interested as well.

Juan explained one important part of AMANESER 2025’s work is overcoming a growing sense of individualism in Puerto Rico by emphasizing a communal response to hardship. To do this, AMANESER 2025 requires communities to attend community meetings and work together to donate toward future systems to be placed in other communities, as well as being training to install and maintain the systems. All of this is done as a community.

In the future, AMANESER 2025 will continue to work with communities on building rain harvesting and water purification systems, as well as training communities to grow their own food.

Watch a short video introducing the work of AMANESER 2025 in Puerto Rico.