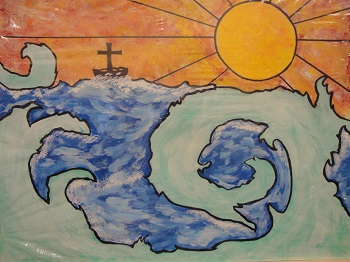 After four months in the U.S., I safely returned to Hong Kong after Thanksgiving. Even with everything going on in America, I managed to keep up with Hong Kong news online. So I was already aware of some big stories here such as the two young legislators barred from taking office due to their unconventional oath-taking and the growing list of possible candidates in the Chief Executive election next year.

What I didn’t know about so much was how the current political climate had affected the church, in particular, the Hong Kong Christian Council (HKCC) where I work. One of the events that happened while I gone was the selection of ten Protestant representatives to the 1,200-member committee that will elect the Chief Executive in 2017. These ten seats are a part of sixty slots given to the religious sector, including Buddhists, Taoists, Muslims, Confucianists, and Catholics. HKCC was designated by the government as the authorized body to select the Protestant Christian electors, by whatever method the organization chose.

The selection process proved to be controversial. Protesters showed up at every meeting, demanding that the Council refuse the government’s request and boycott the election. However, HKCC took on the responsibility after extensive consultation with the churches, who by and large supported sending ten persons to the Election Committee. The Protestant representatives were chosen after several rounds of lottery drawing from almost 600 names of Christians who applied for a seat on the committee. Many of those 600 were young people who saw the chance to have a voice about Hong Kong’s future leader. In the end, nine of the ten persons selected were ordinary Christians in the pew along with one prominent church minister.

Despite HKCC’s efforts to be as inclusive and fair as possible, some Christians still roundly criticized the method and the results. That is probably to be expected whenever the church is involved in sensitive social issues affecting the whole society. We will have strong differences of opinion, and some people will express their discontent in dramatic ways. Yet our differences should never lead us to regard other Christians as our ‘enemy’. Our unity as the body of Christ comes from what the Son of God has done to make us one just as he and the Creator are one through the power of the Holy Spirit (John 17:20-23). So whatever storms we face in life both inside and outside the church, let us remember that Jesus is in the same boat with us. He will calm the winds and the waves if we cling to him and put our faith in his peacemaking which passes all understanding.

As I begin a new term at the Hong Kong Christian Council, let me take this opportunity to thank you for your continuous prayers and financial support through Global Ministries. It was a joy to visit many of you while I was on itineration. Please know that I hold the U.S. in my prayers as a new administration prepares to take office. And we ask that you remember the people and churches of Hong Kong and China as we continue to seek God’s guidance in the likely restless seas ahead for our nation and city.

With all best wishes,

Judy Chan serves with the Hong Kong Christian Council.  She is responsible for communications for the Council. Her appointment is made possible by your gifts to Disciples Mission Fund, Our Churches Wider Mission, and your special gifts.

Note: The picture of the boat with Christ on the stormy waters was painted by me during a class taught by a wonderful Christian artist at First United Church of Christ, Apollo, PA. The painting now hangs in my office in Hong Kong.