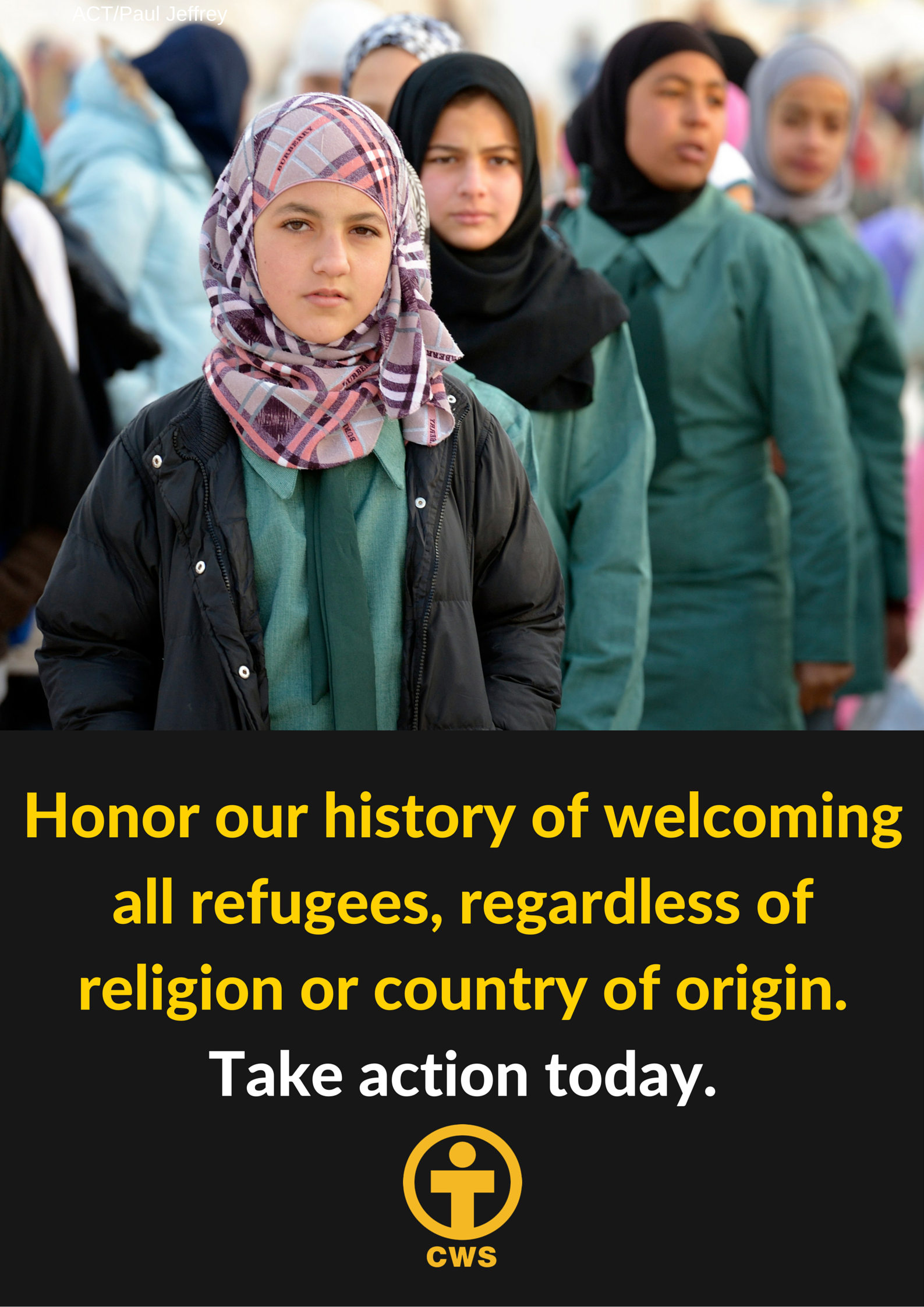 “CWS strongly decries this rewritten executive order against refugees and Muslims. Make no mistake: this rewritten version will have the same impact, while avoiding the court proceedings that kept the initial executive order from being implemented. It is a refugee ban. It is a Muslim ban. Banning individuals from Syria, Iran, Libya, Somalia, Sudan, and Yemen, grinding the resettlement of all nationalities to a halt for 120 days, and drastically reducing the number of refugees we welcome run counter to who we are as a nation. We are gravely disturbed that the leader of our nation continues to willfully mislead the American public about refugees, spurring fear and wreaking havoc on families, communities, and refugees who have already endured so much.

“The facts speak for themselves: refugees are not only some of the world’s most vulnerable people, but also the most heavily vetted individuals to enter the United States. Restricting access to their safety based on nationality or religion is misguided and un-American. Since each part of the resettlement process is time sensitive, this 120 day “pause” is not a pause as all - it will cause many refugees’ security checks to expire and force refugees who have already been approved to wait months and even years to go through multiple screenings all over again, while their lives hang in the balance. And by reducing refugee admissions by 64 percent to 50,000 - the lowest resettlement goal in U.S. history - we are turning our backs on refugees who have already been approved by the Department of Homeland Security and had prepared to rebuild their lives here.

“Today’s order is effectively the same executive order we saw issued in January --and our opposition to it will not waver. CWS continues to stand in solidarity with refugees and our Muslim brothers and sisters. We remain confident that our justice system will ultimately prevail in this assault on human and constitutional rights. We call on the Administration to rescind this order, and urge Members of Congress to do everything in their power to stop its implementation.”

Read our earlier statement on the initial executive order, including reactions from refugees and faith leaders, here. Also, find a letter signed by more than 4,000 faith leaders in opposition to the order here.

Sample Script: “I’m your constituent from [City, State], and I support refugee resettlement. I strongly oppose President Trump’s executive order against refugees - both the original and the rewritten version. The order will bar individuals from Syria, Iran, Libya, Somalia, Sudan, and Yemen; grind refugee resettlement from all countries to a halt; and reduce the number of refugees we welcome to 50,000, a historic low. This is morally reprehensible and does not reflect the welcome for refugees I see in my community every day. I urge you to do everything in your power to see this executive order rescinded.”