Earth, Grace, and Redemption from God: a Testimony from Guatemala 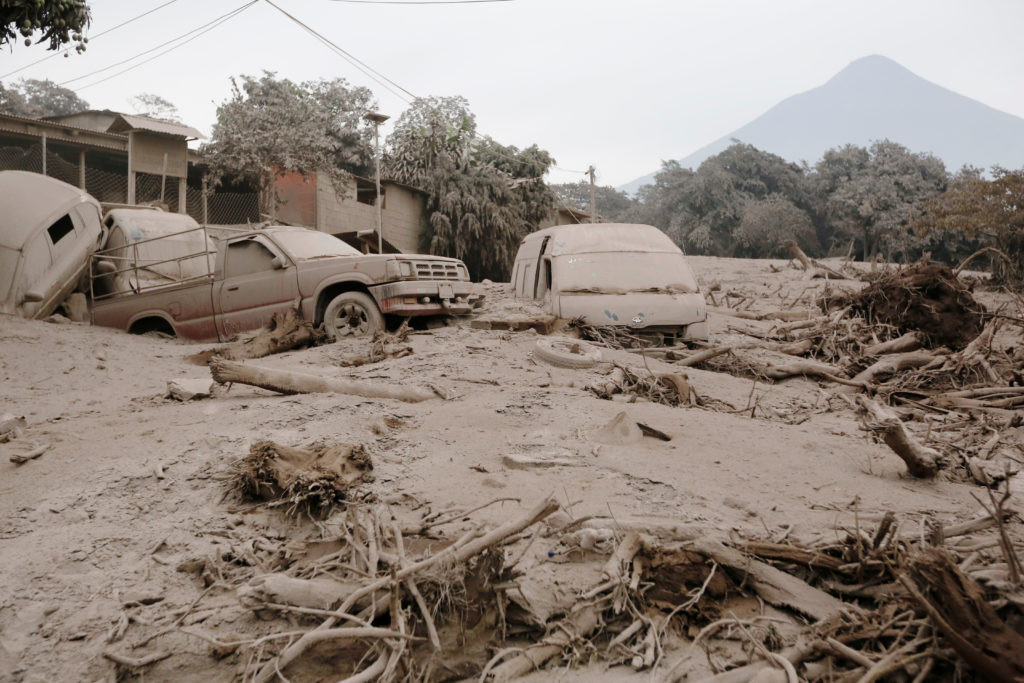 This is the second article regarding the Global Ministries Latin America and Caribbean Area Executive’s trip to Central America. Previously, Reverend Angel Rivera-Agosto narrated his recent experience in El Salvador and Nicaragua. Read it here: A Central American Pilgrimage of Solidarity and Accompaniment

“There was a short silence in the air after she uttered her response to my question regarding the eruption of Volcán del Fuego, in Antigua Guatemala, Guatemala,” Rev. Rivera-Agosto shared. “I simply asked her if there was a way in which the Mayan communities would know in advance of the possibility that an eruption would happen so that they could seek shelter. To be honest, I was expecting a practical answer. However, for Rosalina Tuyuc, a Maya Katchiquel leader, Candidate for the Nobel Prize and Coordinator of the National Confederation of Widows in Guatemala (CONAVIGUA), there was a deeper sense of awareness and urgency in her words than my worries about the victims of that recent eruption. Her tender eyes crossed into mine as she said her words of wisdom:

‘We need to return to the earth, to the soil, to the water, and the air. We are called to enter into an era of protection and awareness. Humanity needs to understand that we are part of the overall energy, we come from that energy, and we need to turn our eyes toward our natural self. We can’t survive pretending to be artificial beings. We are water, we are matter, we are air, we are energy.

Our ancestors were very clear about this upcoming era. Either we enter into full communion with the elements of nature or nature itself will continue its way towards balance.'”

On Sunday, June 3, 2018, at 2:00 p.m. local time in Guatemala, Volcán del Fuego erupted, the most violent eruption of the last 40 years. It impacted the central and southern regions of the country: Sacatepéquez, Escuintla, Chimaltenango, and Guatemala City. The volcano exploded and launched pyroclastic flows (a mixture of sand, rocks, and gases of high temperatures +600 degrees) that directly hit the communities surrounding the volcano. In the most remote areas, the effects included rain, sand, and ash, which interrupted air traffic in the afternoon and evening of Sunday, damaging roofs as well as crops.

The Ecumenical Christian Council of Guatemala (ECCG), one of Global Ministries partners in Guatemala along with CONAVIGUA, has been active assisting communities near the volcano, particularly in the province of Esquintla where the Catholic Diocese of that town is also working. ECCG is working through the post-emergency stage of the crisis by collaborating in the rehabilitation of communities, ensuring food security and psychosocial assistance to the victims, specifically the ones that still live in shelters provided by the Diocese.

“I felt enriched by the Mayan tradition brought by my sister Rosalina,” Rev. Rivera-Agosto continued. “Also, I felt challenged to shift from my Western, pseudo-Christian, consumerist model of life, where we think that we can manage resources for our good, while ignoring the clear messages of grace and redemption that come from nature. This is the conversation we need now, in this time, embodied through the solidarity put in practice by CONAVIGUA and ECCG. That is accompaniment made a reality, together with UCC’s One Great Hour of Sharing and Disciples Week of Compassion. To see the liberation and grace of God in our surroundings is to read the signs of the ‘Creation Agenda.’ God is still speaking through nature, and we must pay attention.”