An Update on the Ebola Response Efforts in Congo

Disciples of Christ Church in the Congo (EDCC)
Republic of Congo 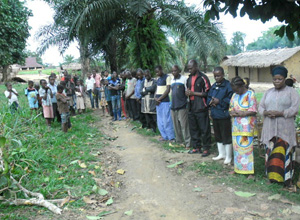 On August 24, 2014 an outbreak of Ebola was identified near Boende, Democratic Republic of the Congo (DRC) where the Community of the Disciples of Christ in the Congo (CDCC) has a health center.  The first casualty was a woman from Ikanamongo who died after being exposed to an animal infected with the virus.  From there it spread to the Isaka and beyond. By October 4, 2015 over 66 cases of Ebola had been identified.

With prompt responses from the Congolese churches and government entities, as well as international partners, the outbreak in the Congo was contained by the end of 2014.

The Community of Disciples of Christ in Congo (CDCC) organized three trips within the province affected by Ebola to assess and equip the hospitals and health centers for responding to the outbreak. Water pumps were installed as needed at the hospitals in order to provide a reliable source of safe water. Each hospital and health center also received medications, protective materials, and information to help spread awareness to prevent the spread of the disease. 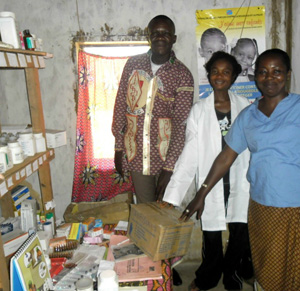 Even though the current outbreak is controlled within the Congo, the CDCC encourages their constituency to remain vigilant to avoid recurrences of Ebola. They also hope that there will be continued support of their medical ministries so that future outbreaks of disease can be addressed before they spread beyond the initial instances.

The Church of Christ in the Congo (ECC) in the Democratic Republic of Congo responded in five steps. One: Attending the consultation in Nairobi on the Ebola Virus. Two: Raising awareness and strengthening the capicty of religious groups in affected areas. Three: through religious channels, raise awareness in families of the early symptoms of Ebola, and inform them of appropriate precautions against the disease. Four: Provide treatment for those infected by Ebola, in an effort to improve their survival rate. Five: Equip and prepare clinics to prevent future outbreaks of the disease.

The ECC also sponsored a study of risks of contracting Ebola, looking at various populations to explore risk factors for vulnerable groups. Factors studied included – level of education, work, transportation, housing, social support, and level of health. The ECC hopes that this information can be used to respond more effectively to future outbreaks. 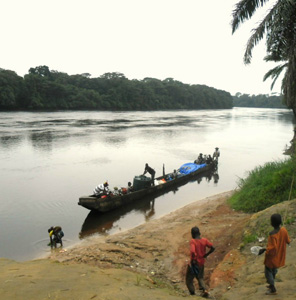 The Disciples of Christ Church in the Congo (EDCC) in the Republic of Congo was successful in implementing Ebola control measures. The work of the EDCC was focused around Liranga, since it is inaccessible by road, it would be difficult to treat patients from that area.  Prevention was vital in the EDCC efforts to respond to Ebola in the Republic of the Congo. Liranaga also is where the Pat Sanborn Health Center is located.

The EDCC work was completed in three steps. First, a training of trainers was held over three days for members of the local Red Cross Committee, the Market Committee, and members of local congregations. Second, an outdoor performance was held to educate the community on how to prevent the spread of Ebola. This included teaching hunters to avoid animals that had died in the jungle, as well as identifying early signs of the disease. Finally, efforts were made by the trainers to connect with students, pastors, teachers, and local officials to make sure that these key community members were aware of Ebola prevention techniques.

Moving forward, the EDCC hopes to expand these activities to Brazzaville, and other northern communities. These regions have been selected because they are more frequently exposed to tourists and people engaged in business from other regions that may not have been as successful in controlling Ebola.