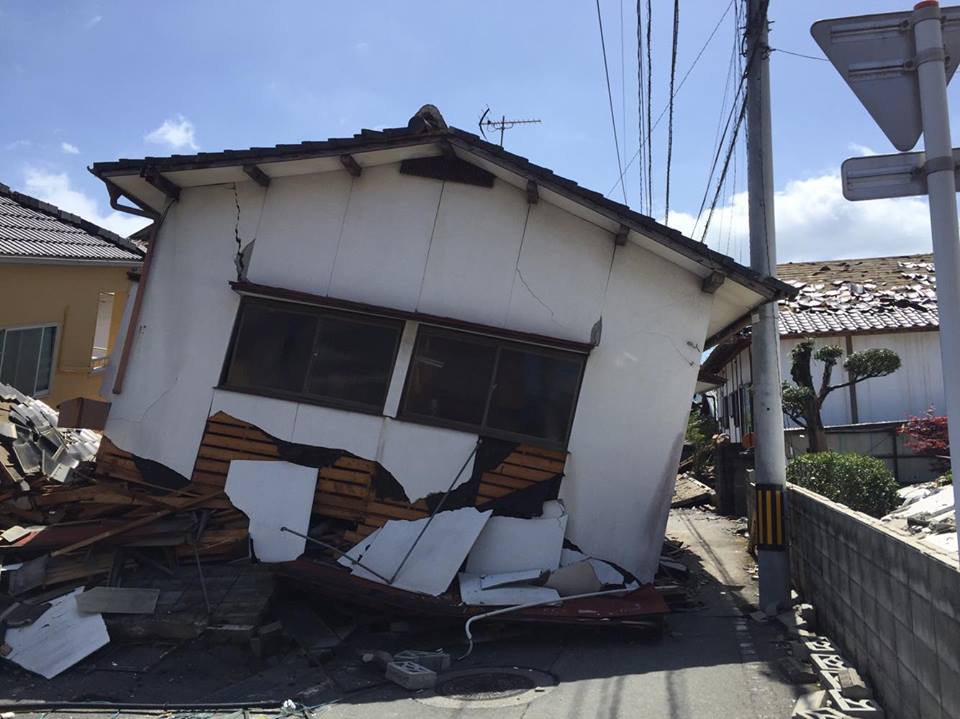 "I fully expect that we will be engaged for the long term, especially in Ecuador where there has been significant damage throughout the country," said UCC Disaster Ministries Executive Zach Wolgemuth.

UCC Disaster Ministries is sending a total of $12,500 for immediate life-saving assistance to survivors of last week's two powerful and deadly earthquakes in Kumamoto prefecture on the southern Japanese island of Kyushu. The quakes killed at least 42 people and displaced tens of thousands.

In addition to more than 200 aftershocks, the earthquake also triggered other earthquakes on different fault lines in Japan's Ooita prefecture. Experts predict that the seismic activity could move further east, which would result in more widespread destruction.

$10,000 of the initial grant to Japan is being sent care of Church World Service for emergency supplies and volunteer and operations management in Japan. The planned response implemented by CWS and partners will fill gaps in the current response for at least 1,000 families (4,000 individuals).

Commented Wolgemuth, "We work hard to try to fill gaps where other organizations may struggle and as specific needs arise we are responding immediately."

The remaining $2,500 is going as a solidarity grant to the United Church of Christ Japan, which is a joint UCC-Disciples Global Ministries partner.

A massive 7.8 earthquake struck Ecuador April 16, killing at least 350 people, the same week as two powerful and deadly quakes shook southwestern Japan, killing at least 42. Tens of thousands of people are displaced and many remain trapped or missing, and there has been significant damage in both countries.

"Thankfully, several Global Ministries partners in Ecuador and Japan have reached out and reported themselves safe," Wolgemuth said. "Even as they offer themselves in service to their devastated communities, the UCC stands ready to support recovery efforts once search and rescue is completed and damage assessments can take place."

He also noted UCC Disaster Ministries' support for FEDICE in Ecuador last fall as it helped the community of Romerillos cope with the health and economic impact of volcanic ash ("UCC Responds as Volcanic Ash Falls").

More about One Great Hour of Sharing's response