Global Ministries and UCC and Disciples leaders were co-signatories in an ecumenical statement sent today to all members of Congress and the Senate, as well as to the White House.  The statement focuses on the shifts in US policy and approach to the Israeli-Palestinian conflict.  The full statement is published here, in its entirety. 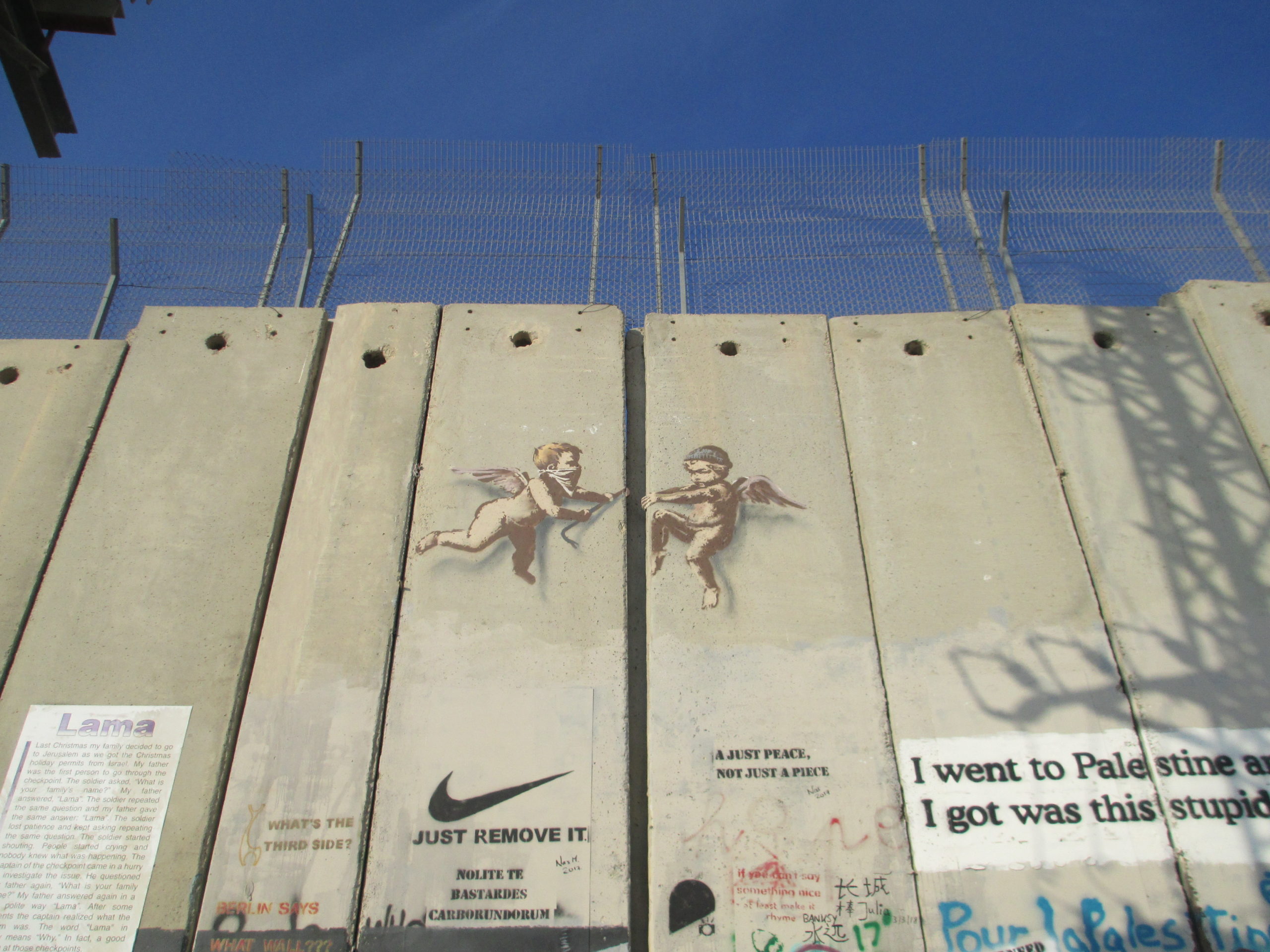 Forty years ago, the Camp David Accords between Egypt and Israel were signed and 25 years ago, the Oslo Accords between Israel and the Palestine Liberation Organization (PLO) were signed. For many, these two events offered hope of movement towards a peaceful resolution of the conflict between Israelis, Palestinians, and other neighboring countries. While we recognize these anniversaries, the current situation in the Occupied Palestinian Territories for most of the inhabitants is one of shattered hopes. Since President Trump took office in 2017, U.S. support for Israel over the concerns of Palestinians has become explicit instead of implied. As leaders of U.S.-based churches and Christian organizations with long ties and close connections with Palestinian Christians and churches, we are deeply concerned about these developments and urge our elected officials to consider the devastating impact of these shifts on those most directly affected, as well as on the possibility of positive, constructive, and credible U.S. engagement to work for a resolution to this enduring conflict.

At the start of his term, President Trump offered supportive words for the traditional peace process, even saying in late September 2018 that he “like[d]” a two-state solution. However, U.S. positions on key issues like Israeli settlements, the status of Jerusalem, and Palestinian refugees have shifted significantly. Publicly the U.S. has remained quiet on the issue of settlements since the start of President Trump’s administration, tacitly endorsing Israeli settlements as new construction increases. 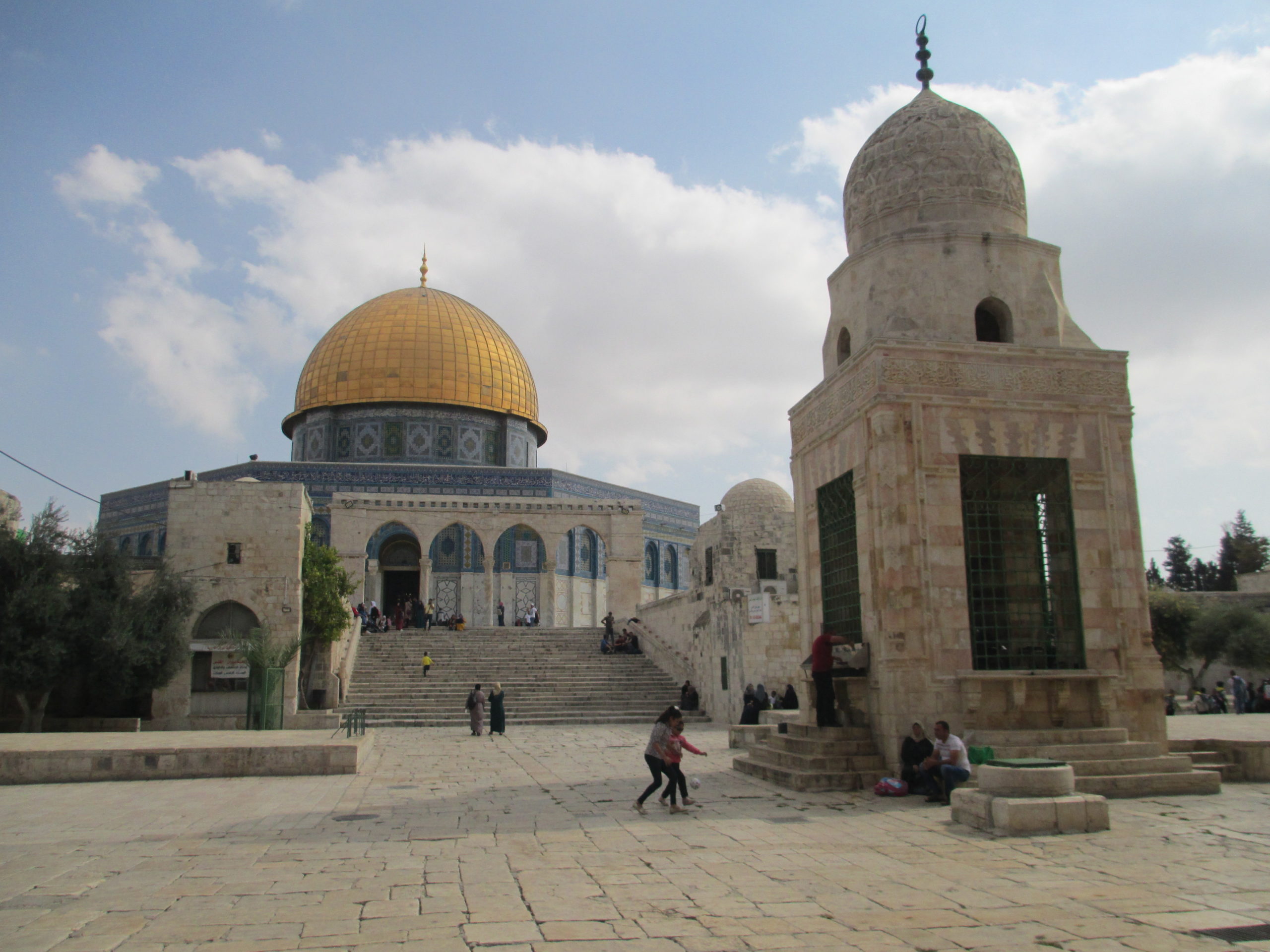 On Jerusalem, the Trump administration officially recognized Jerusalem as Israel’s capital and moved the U.S. Embassy from Tel Aviv to Jerusalem. President Trump has given no indication that the Administration remains committed to the international promise and policy that Jerusalem should be a shared city. While Vice President Pence told the Israelis that the U.S. decision will not influence the final status of its borders, which he said was up to the parties, President Trump has declared that Jerusalem is now off the table as a subject for negotiations in a final agreement.

In a subsequent action, in early October, the administration decided to close the U.S. Consulate in Jerusalem that had served as the diplomatic point of engagement for and with Palestinians. The move included demoting the U.S. Consul General. Instead of being responsible for Palestinian matters and answering directly to the Secretary of State, the Consul General in Jerusalem will now answer to the U.S. Ambassador, further diminishing the impression of U.S. respect for international convention.

The Trump administration has also proposed changing the definition of who is a Palestinian refugee. Currently, Palestinians and the descendants of Palestinians who fled or were driven out of historic Palestine during the 1948 war maintain their original refugee status. Some of these were uprooted a second time during the 1967 war when more Palestinians were displaced. The passing of refugee status to the descendants of those displaced in war is standard practice in situations of prolonged conflict. However, the U.S. seeks to strip refugee status from those descendants, meaning that most Palestinians who were born in refugee camps and who are currently considered refugees would no longer be considered as such. The goal of this change is to attempt to take the issue of Palestinian refugees’ right of return off the negotiating table.

These policy changes were a direct affront to Palestinians. The U.S. Embassy opened in May to great fanfare on a day marked by Israel as its founding and by Palestinians as the nakba (catastrophe). While this move was being celebrated by Israeli and U.S. officials in Jerusalem, Palestinians were being killed by Israeli armed forces at the Gaza border during a largely non-violent protest that was part of the Great March of Return. No statement or condemnation of the killings has been issued by the U.S. government. 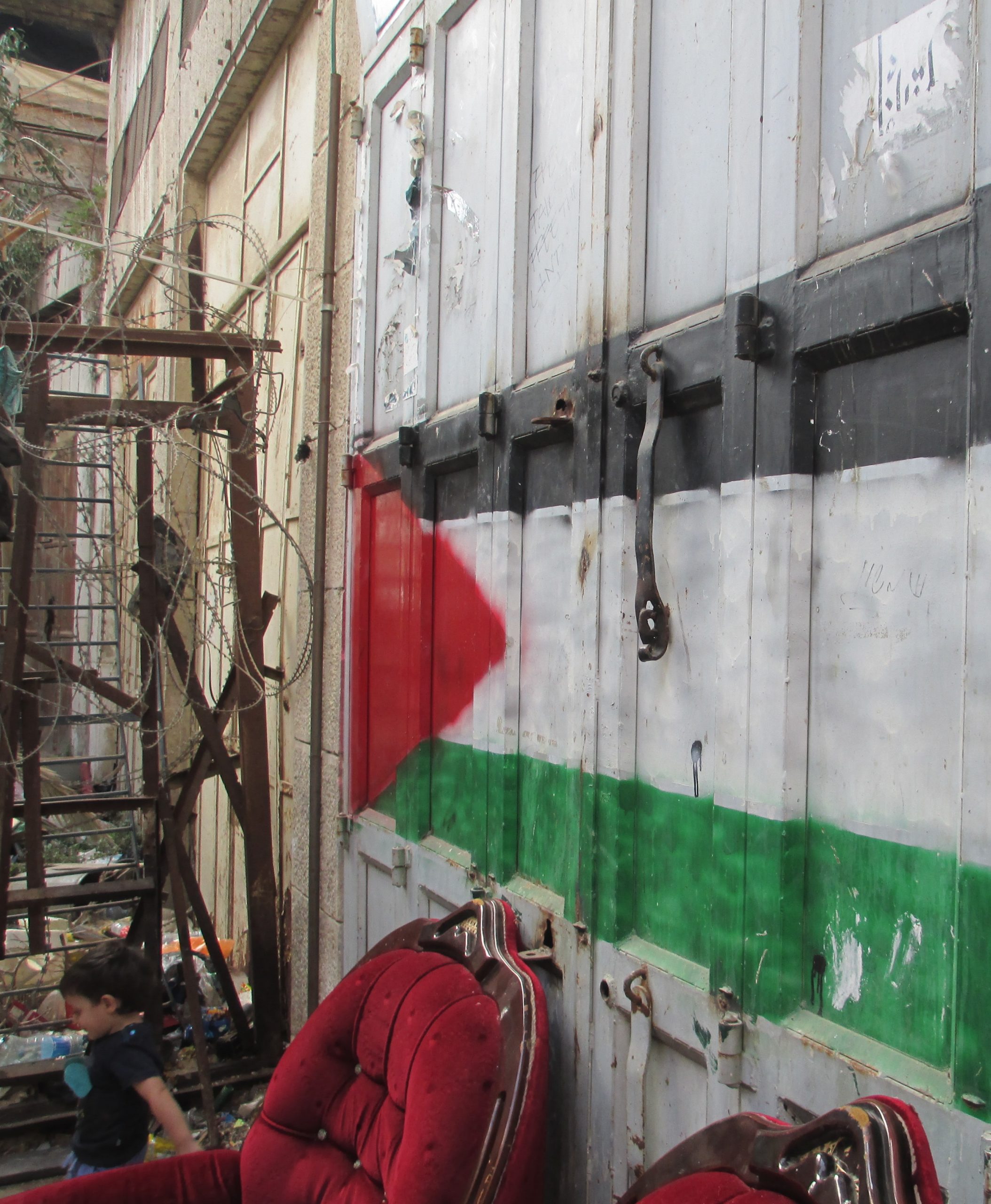 The Administration’s Measures to Punish Palestinians

Palestinian officials have stated that they see the U.S. negotiating team as biased due to the team’s history, current communications, and actions and therefore will not meet with U.S. officials or participate in U.S.-led negotiations. The U.S. in turn has said that since the Palestinian Authority is not taking part in U.S.-led negotiations, Palestinians should not receive U.S. financial support. The U.S. has also closed the PLO office in the United States, frozen the PLO’s bank accounts in the U.S., and expelled the family of the PLO representative to the U.S.

In January, the U.S. withheld more than half of a funding installment to the United Nations Relief and Works Agency for Palestine Refugees in the Near East (UNRWA). Then, in August, the U.S. announced it would halt all U.S. funding to UNRWA and formally withheld $300 million in funds that had been promised to the organization. This means UNRWA will need to heavily cut back on the services it provides to 5.4 million Palestinian refugees in Syria, Lebanon, Jordan, the West Bank, and Gaza. Schools and hospitals may be forced to close, thus depriving Palestinians of education, health care, needed jobs, and hope for a better future.

In late August, the U.S. also cut all non-security related assistance to the West Bank and Gaza, over $200 million in funds, and is also cutting funding for peacebuilding programs. The U.S. also is reported to be taking steps to discontinue funding to the East Jerusalem Hospital Network, which includes the Lutheran World Federation’s Augusta Victoria Hospital on the Mount of Olives. Again, vulnerable Palestinians are suffering and will continue to suffer as a result of U.S. policy decisions.

Even as the administration has decided to pull humanitarian funding, the State of Israel remains the largest recipient of U.S. foreign aid, receiving approximately $3.8 billion in military aid each year. This funding helps the government of Israel maintain the occupation of the Palestinian territories, making the U.S. complicit in Israel’s detention of Palestinian children in military prisons, violent repression of peaceful protestors, and demolitions of Palestinian homes and communities.

The administration is also taking actions to deny the freedom of speech to those who criticize the Israeli government’s treatment of Palestinians. The Department of Education has adjusted its definition of anti-Semitism to include anti-Zionism and criticism of the state of Israel. Any person or group speaking at educational institutions who states their support for anti-Zionism, the Boycott, Divestment and Sanctions movement or is otherwise critical of Israel’s policies is potentially at risk for investigation and sanction by the Department of Education.

While President Trump’s administration is not the first to show its favoritism of Israelis over Palestinians, we are deeply troubled by its attempt to pursue a sweeping and coordinated set of policies designed to punish Palestinians and take away their human rights, dignity, and hope. By promoting these policies, the Trump administration makes it harder for peace to be realized and increases the chance that there will be new violence. 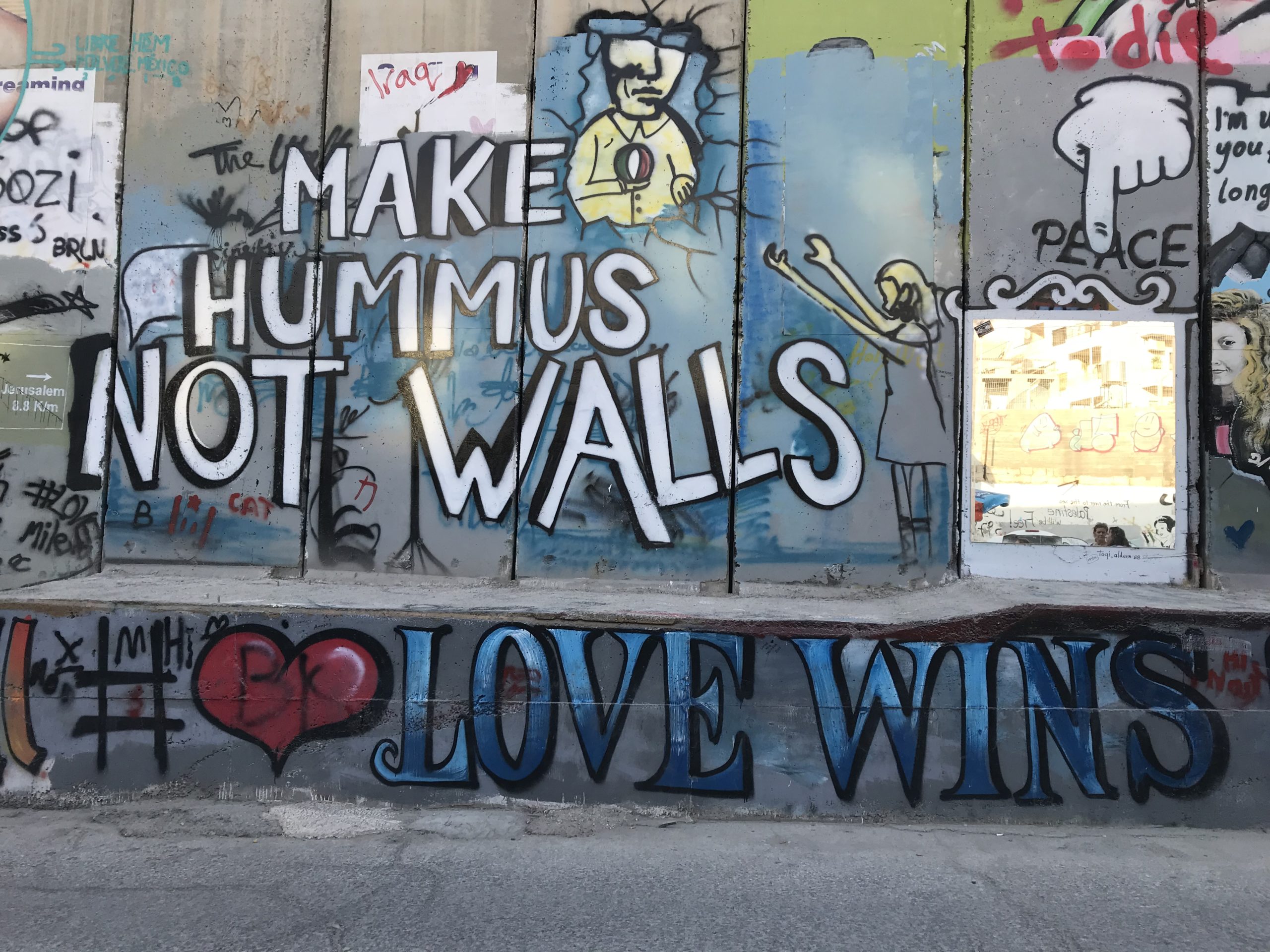 As Christian churches and organizations in the United States, we strongly oppose this treatment of Palestinians. Most Palestinians have been peacefully protesting for 70 years in the hopes of gaining international recognition and their own state. We call on people of all faiths to stand up in support of human rights for both Palestinians and Israelis, including the right to self-determination. We urge the Trump administration to restore humanitarian funding to Palestinians through bilateral assistance and UNRWA, and to pursue engagement in honest, credible, and serious efforts with Palestinians, Israelis, regional parties, and the international community, to seek a just resolution to the conflict. We pray that we may soon join in celebrating a region where all are at peace and enjoy their rights and liberties without regard to race and creed.