Erntedank – Thanks for the harvest

It’s that time of year again: this coming Sunday is Erntedankfest – a celebration of thanksgiving for the harvest.

Though this year’s rains did not make up for the drought of last year, nevertheless, things are a bit better. The wine harvest is expected to be good but the food crops, the ones that feed both two and four-legged critters, are still suffering from lack of rain. There are signs of deforestation in parts of our woods. Just a little smaller than the state of Montana, Germany, with a population of 83.5 million, is the 17th most populous country in the world. The Bergkirche Quarter is rapidly being gentrified – a boon for some, but a troubling situation for people living on the margins. Around 40% of our neighborhood is comprised of single-parent families living at or below the poverty level. 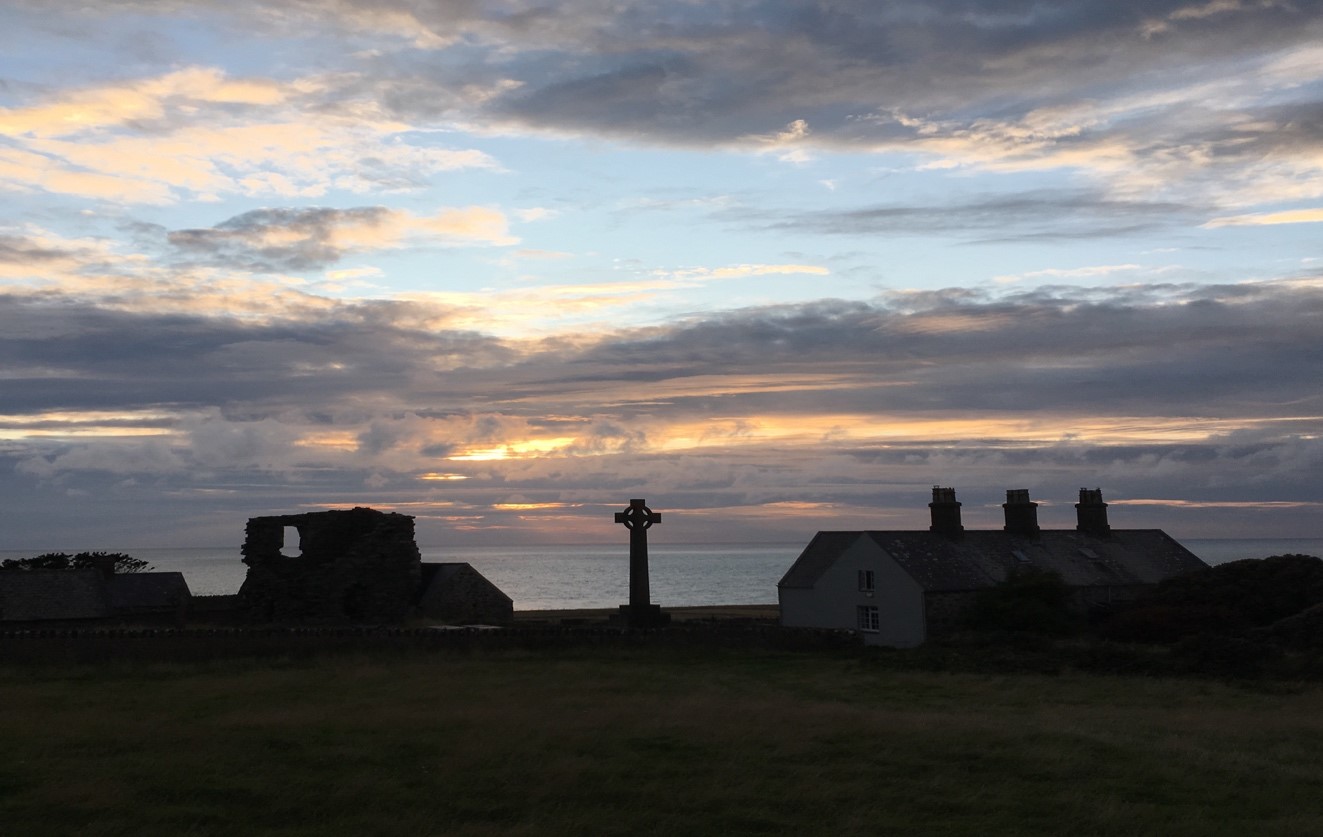 Our English Community Project congregation at the Bergkirche continues to grow in numbers and diversity. We strive to create an environment that respects both church traditions while offering space for people from Islamic and other faiths and philosophies. I’m happy to see children from the neighborhood showing up for church all by themselves recently. We’ve been able to expand our music worship this year with a choir and inviting artists like the Jewish singer/songwriter Sonia Rutstein, who shared a sermon with me through her songs, among them, a song based on Martin Niemöller’s well-known poem “First they came for the socialists.”. Niemöller spent his first night out of a Nazi prison camp at the Bergkirche.

Ecumenical cooperation continues to grow here in Hessen and we are a part of that movement, supporting ecumenical understanding through our own activities and in being a part of the wider community. The monthly English-speaking pastors’ breakfast which I organized a few years ago, has been growing and includes the Baptist and Presbyterian congregations along with the chaplaincy at our local military base. I’m grateful to have been a part of the UCC-EKD group of pastors and lay leaders at the international Kirchentag in Dortmund. Many thanks to you, who made my attendance possible.

It was an honor to represent John Dorhauer and Peter Makari at the combined Synod of the Union of Protestant Churches (UEK) and the Protestant Churches of Germany (EKD) this year, and to hear the leaders of the combined churches work on issues of abuse, gender equality, ecumenical cooperation and, above all, the need to bring young leadership into the church at all levels.

Our congregation is responsible for raising €15,000 of its annual budget. Though US churches are used to the pledging and fundraising that’s part of keeping their congregation alive, the tradition of church tax makes it tough for people here to understand that their financial help is vital to our ongoing existence. We are deeply grateful to the spiritual and financial support of you, who support Global Ministries.

Rosalind Gnatt serves as a long-term volunteer with the Evangelical Church of Hesse-Nassau. Her appointment is made possible by your gifts to Disciples Mission Fund, Our Church’s Wider Mission, and your special gifts.