For Such A Time As This? 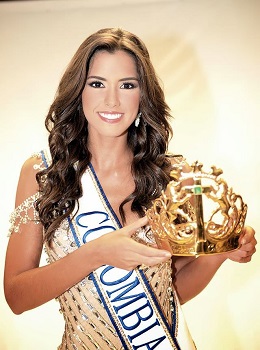 I almost missed it... My wife had just dozed off and the recorded sitcom we had been watching had just ended. I decided to flip through the channels one more time to see if anything interesting was on. And there it was… there were about 5 minutes left in the Miss Universe Pageant.

Anybody that lives in Colombia knows that beauty pageants rival soccer for the claim of Colombia´s national pastime. I once assumed the “hoopin’ and hollerin’” coming from a neighbor’s house meant that I was missing a major futbol match, only to find out that Miss Colombia had just come in a respectable-but-oh-so-frustrating second place in the Miss Universe pageant (2008).

I had heard on the radio in the previous days that Miss Colombia was one of this year’s favorites, so I clicked on the Caracol Channel just to be sure I wasn’t missing anything. I tuned in just in time to hear the announcers saying, “and the winner is… Colombia!” I immediately wondered if this was some kind of sign, that the stars were aligning, that this was Colombia’s year. Would this be the year that the Colombian government and FARC guerrilla would sign the peace accord they had been negotiating for the past two years?

Colombia had not won the Miss Universe pageant since 1958 – which was just a few years prior to the founding of the FARC guerrilla movement that arose out of the liberal and communist militants who survived the period of bipartisan fighting known as La Violencia which claimed the lives of over 200,000 Colombians.

Among their goals was to address the extreme poverty and unequal land distribution in rural Colombia, peasant struggles that dated back to the 1930s. Could the Miss Universe wins be the symbolic bookends of this war? A silly thought, perhaps.

And then a few days later I saw a newspaper headline saying that Paulina Vega –Miss Universe herself– had been invited by the FARC guerrilla to go to Havana to lend a hand in the peace negotiations. Maybe it was an opportunistic move by the guerrilla, riding Miss Universe’s coattails to some positive press. Or maybe I wasn’t the only one who had imagined the symbolic bookends. Perhaps we’ll never know, but I choose to take it as lighthearted olive branch; a true sign of hope. May these signs continue to spring forth from both sides.

Of course there is a very real and very serious side to these whimsical musings about the beauty queen and the peace process. And the similarities to Queen Esther’s story in the Bible jump out to me. It’s certainly nothing new for women to have to step in and save men from their fighting ways. Of course there are fighting women on both sides of Colombia’s conflict as well, but unfortunately they’ve been woefully underrepresented at the negotiating table. 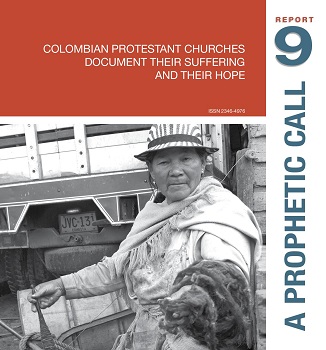 I don’t know if Paulina Vega feels that she has come into her Miss Universe role for such a time as this; so far she has politely turned down the invitation. Meanwhile, the more important news that the Historical Commission on the Conflict and its Victims (HCCV) that was tasked, by both sides at the negotiating table, with reporting on the causes of the conflict had published its 800 page report, seemingly went unnoticed in the US press. The HCCV found that the constant influx of US military aid, personnel and equipment had “fed the war”. I would add that the US appetite for illicit drugs has also fueled the conflict.

Of course a bilateral peace deal between the Colombian Government and the FARC guerrilla will alone not be enough to bring lasting peace to Colombia. Recent threats by the Black Eagles neo-paramilitary group against a broad range of human rights defenders, including several Presbyterian pastors, highlight the ongoing violence of right-wing groups as well and demonstrates the multilateral nature of this war.

So, though it doesn’t garner many headlines, we at the Evangelical Peace Commission continue to accompany the victims of the violence as they seek justice and to document the abuses of all sides of this complex conflict. We just recently published our tenth annual report (which can be found at apropheticcall.org). May it be a contribution to lasting peace and justice in Colombia.

I want to stand with those who, like Queen Esther, stick their necks out at great personal risk to try to stop this conflict. Though I’ve never won any beauty contests or been the queen (or king) of anything, maybe I too have been put here for such a time as this. What about you?

Michael Joseph, a member of First Congregational Church, Washington, D.C., serves the Restoration, Life and Peace Commission of the Council of Evangelical Churches (CEDECOL).  His appointment is made possible by your gifts to Disciple's Mission Fund, Our Church's Wider Mission, and your special gifts.