By Global Ministries (Disciples of Christ and United Church of Christ) on November 24, 2020 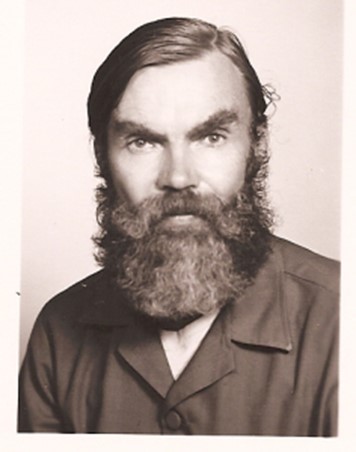 Edward Adair Hawley was born in Hart Township, Michigan, to E. Monroe Hawley and Doris Adair Hawley on May 7, 1923. Ed graduated from Hart High School in 1941, Michigan State College (BA) in 1944, and Chicago Theological Seminary (BD) in 1949 (a joint degree with the University of Chicago). He was ordained in 1949 in the First Congregational Church of Hart, Michigan. Ed married Gretchen Hahn Hawley in 1958.

Ed served in pastoral roles in Oberlin, Ohio and Chicago between 1949 and 1964. In 1964 Ed was appointed by the United Church Board for World Ministries to serve as Pastor for Refugees at the Christian Council of Tanzania, in Dar-es-Salaam, and serving a similar position in Nairobi, Kenya until 1969.

The Hawleys returned to the United States in 1971, when Ed became the executive editor of Africa Today, a quarterly scholarly journal based at the University of Denver's Graduate School of International Studies. During his tenure at Africa Today, Ed also served as interim pastor for several United Church of Christ congregations, notably the Northglenn CO United Church of Christ where he was called in 1981 and served until his retirement. Since then, he and Gretchen spent their summers on Lake Michigan at their cottage near Hart and the rest of the year at their home in Denver.

Ed was a lifelong baseball fan. He coached kids in East Africa and took his daughters to Denver Bears and later Denver Zephyrs games before the Rockies arrived in Colorado. He was a formidable bridge player and an avid swimmer. He was also a long-time supporter of Denver's acoustic music scene.

Throughout his life, Ed Hawley was an advocate for refugees and immigrants and an articulate spokesperson for the social justice issues about which he cared deeply. He had an unwavering commitment to his values and to his life-long belief that every person deserves to be treated with fairness and dignity.

Ed is survived by his wife, Gretchen Hawley, and by their three daughters, Rebecca Hawley (Patrick Ahrens) of Denver, Sarah (Tim) Crews of Salina, Kansas and Martha (Scott) MacCormack of Denver; grandchildren Ruby and Claire Crews and Margaret and Andrew MacCormack; his sister, Martha Ann (Alton) Piegols of Hart, MI, along with several nieces and nephews, their children and grandchildren. He was preceded in death by his parents, younger sister, Ruth Florine Bruce; nephew, Steven Jay Bruce; great niece, Jessica Bruce; and great nephew, Richard Rennhack.

Condolences may be sent to Gretchen Hawley gretchenhawley@gmail.com.