By Global Ministries (Disciples of Christ and United Church of Christ) on May 06, 2019 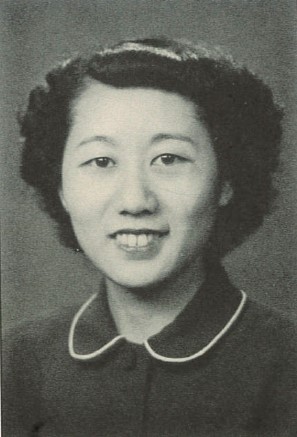 Kiyo spent her childhood in Hood River, and then attended Northwest Christian College in Eugene, Oregon for two years. Kiyo served as an administrative assistant at Union Church of Tule Lake, California, and then worked as an administrative assistant at Twentieth Century-Fox in Cleveland Ohio. In Cleveland, she also resumed her college work at Schauffler College, from where she received a B.S. degree in religious education. Kiyo then studied at Phillips University in Enid, Oklahoma where she received an M.A. degree in 1948. In May of 1948, Kiyo married Aigi Kamikawa.

On October 28, 1949, Kiyo and Aigi were commissioned as mission co-workers to serve in Japan by the United Christian Missionary Society, a predecessor mission body to Global Ministries. In preparation for their work in Japan, Kiyo and Aigi spent the summer of 1948 on the Seabrook Farm in New Jersey, and spent a year studying at the Institute of Far Eastern Languages at Yale University, New Haven, Connecticut. They traveled to Japan in December of 1949. After arriving in Japan, Kiyo taught at the Seigakuin Boys’ School in Tokyo and worked with churches in the Saitama suburb of Tokyo. Kiyo also taught at Chichibu Girls High School, and the Asian Rural Institute.

Kiyo and Aigi were the first Americans of Japanese ancestry to be accepted as mission co-worker candidates by a U.S. mission board. They served a total of 33 years in Japan, after which they retired in Vancouver, Washington. Kiyo and Aigi had three children, Ruth, Eugene, and Steven.

Kiyo was preceded in death by her husband Aigi Kamikawa in April 1999.