By Global Ministries (Disciples of Christ and United Church of Christ) on April 09, 2019 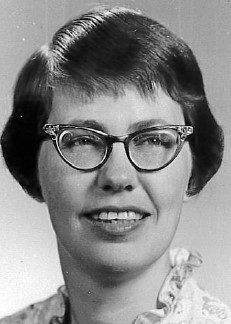 Beginning in 1957, the Bates served in India as Mission Co-workers, appointed by the United Christian Missionary Society a predecessor mission body to what is today Global Ministries. From 1957 to 1960 Sue and Bob worked alongside the Student Christian Movement of India in Bangalore, South India, and the World Student Christian Federation, in Sri Lanka. Sue also taught for a time at the Kodaikanal church-related school in India. From 1966 Bob and Sue taught at Leonard Theological College, in Jabalpur Madhya Pradesh in north central India, where Sue focused on teaching women students.

The Bates family then settled in Indianapolis. Sue worked for a time in the Disciple Africa Office, and later was an office administrator for Saint Meinrad Seminary and School of Theology in St. Meinrad, IN. Sue worked as an English as a second language teacher at Marian College, taught reading and writing at Christian Theological Seminary, and to those who were on probation. Sue counseled individuals who resisted obligatory military service and was active in the refugee resettlement ministry at University Park Christian Church and often became an “honorary grandma” for many families. Sue also was an Elder, sang in the choir, rang handbells, and created beautiful banners for worship at University Park Christian Church. She chaired the Commission on Higher Education for the Indiana Region of the Christian Church (Disciples of Christ) and was actively involved in the Indiana Commission for United Ministries in Higher Education. In retirement, the Bates served in the first group of Regional Elders for the Christian Church in Indiana. Sue and Bob were also active in the Greater Indianapolis Disciple Area ministers group. Later, the Bates would became a part of Allisonville Christian Church after University Park ended its visible ministry, where Sue served in many capacities, including as an Elder, always sharing her artistic talent and works.