by Global Ministries (Disciples of Christ and United Church of Christ) | published on Sep 23, 2019 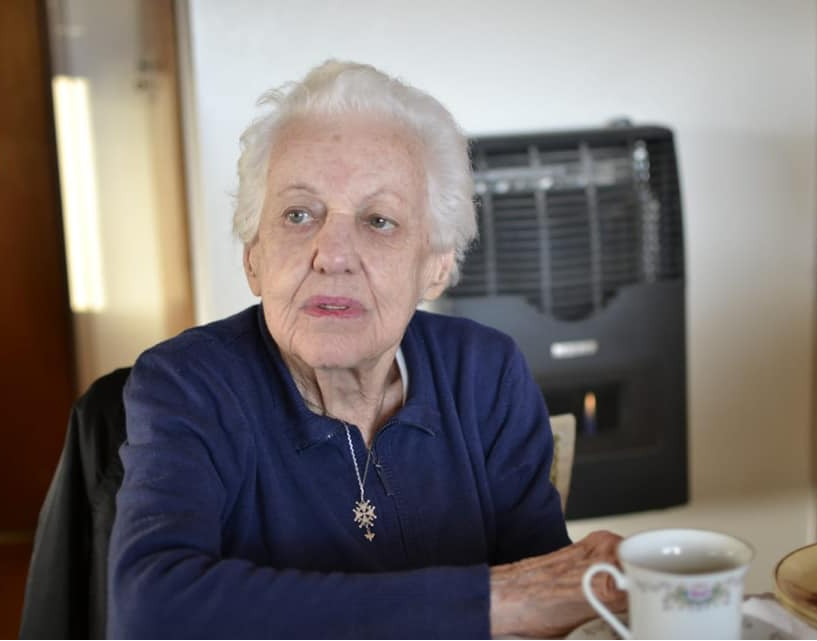 Winie Elsie Morgan was born in Alejandra, Santa Fe, Argentina, on July 31, 1930. She spent her childhood in the countryside until her family settled in the city of Resistencia, Province of Chaco, in northeastern Argentina. Growing up, then Disciple mission co-workers Reverend Dr. T.J. and Virginia Liggett invited Winie’s family to attend a Disciples of Christ Church where she would become a member. The Liggetts remained an important influence in her life, along with Reverend Mae Yoho Ward, also a Disciple mission co-worker to Argentina.

At the Liggetts’ suggestion, Winie studied Social Work in Buenos Aires, and rented a room at ISEDET, the ecumenical seminary in Buenos Aires. There she met and on January 10, 1952, married Reverend Angel V. Peiro. Winie and Angel welcomed four daughters: Alicia, Raquel, Claudia and Gabriela, and four grandchildren: Ana, Jonathan, Tomás and Hugo. They also were honorary parents and grandparents to many; all were dear to their hearts.

Winie and Angel began their ministry in Buenos Aires, in Resistencia, in rural communities of the Chaco Province, and would later serve around the globe in Central America, and in Geneva, Switzerland with the World Council of Churches.

Wherever they went, Winie and Angel lived out their strong desire to serve others. Whether it was serving victims of the earthquake in Guatemala, Chilean and Uruguayan refugees who fled to Argentina, the indigenous communities of the Chaco, or their next door neighbor, their home was always open to anyone who needed shelter and love.

Winie’s life also included times of intense pain and difficulty, especially when one of their daughters was imprisoned in 1976 during the Argentine military dictatorship, and when Angel had to flee to another country for his safety.

When Winie returned to Argentina after the dictatorship, she worked as a social worker in ecumenical programs in poor Buenos Aires neighborhoods, and in the neighborhood of Colegiales, where her church El Buen Pastor, is located.

Winie was preceded in death by her husband, Angel, in July 2015. After several months of intense pain because of arthritis in her back, Winie died on September 15, 2019,  without losing her courage, sense of humor and lucidity.

Winie is survived by her daughters Alicia, Raquel, Claudia and Gabriela, and grandchildren Ana, Jonathan, Tomás and Hugo. Condolences and remembrances may be shared with Alicia Peiro at alicia.peiro@gmail.com and Raquel Peiro at raquel_peiro@yahoo.es.