Go where your best prayers take you 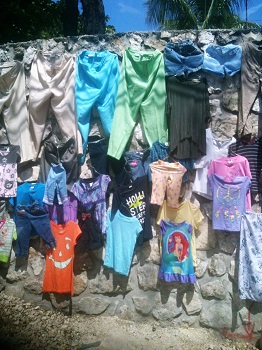 “Go where your best prayers take you.” - Frederick Buechner

Tim and I were living and working in Asia when the 2004 Indian Ocean tsunami tore a path of destruction across many countries in that part of the world.  Tim was quickly asked to work with the rebuilding in Banda Aceh, Indonesia, the area closest to the epicenter of the underwater earthquake that set mountainous waves of water in motion.  My work with creating partnerships between churches from around the world and churches within Asia and the Pacific took on a more intentional focus as countless congregations joined together in the rebuilding of homes and lives.  It was a tremendous time of ministry and we were especially proud to be a part of Global Ministries’ recovery efforts in Banda Aceh.

In the midst of our busy lives, we were taken aback when less than a year later we watched with the rest of the world the plight of those whose lives had been turned upside down by a hurricane called Katrina.  Tim and I said to each other, “Look at New 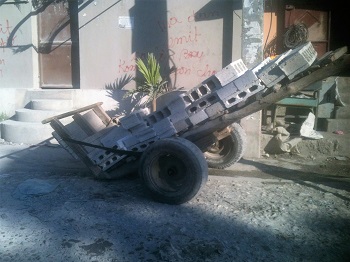 Orleans and the need of the people in our own homeland!” and we prayed there might be a way that we could help.

We returned to the U.S. in early 2007 for our itineration and as we spoke with various leaders from Global Ministries we learned there was an opportunity to work with the Katrina Recovery in New Orleans.  Shortly thereafter, Tim was called to serve with the South Central Conference of the UCC while I was asked to serve with the Disciples Division of Homeland Ministries.  Again, Tim and I were grateful to be a part of the Disciples and UCC’s efforts in bringing hope to many who felt they had been “forgotten.”

Remembering the words of the prophet Isaiah and the prayer we had made so long ago, “Here are we Lord.  Send us,” we began conversations with Global Ministries about serving in Haiti following the 2010 earthquake which had wreaked such havoc on that island nation.  This time, however, rather than building houses our focus would be on helping to build lives through education and projects such as micro-savings and micro-enterprise; developing business plans for pastors involved in a chicken cooperative effort; being invited to share in the celebrations of a ministry that removes children from domestic slavery situations; and introducing short-term mission teams to a Haiti that would capture their hearts. 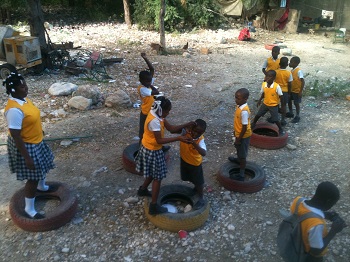 Our time in mission has held moments of pure joy as well as times of almost overwhelming sadness.  There have been occasions when we have seen as well as experienced “ah hah!” moments of learning.  We also realized we needed to hush more and listen better.  We went through periods of shaking our heads in disbelief but then reminded ourselves that there are many ways to deal with a given situation.

Has it been worthwhile?  Were our actions merciful and conceived in Spirit-filled hearts?  Have our lives pointed people to a God who is loving, compassionate, present, righteous, forgiving, generous, faithful, a keeper of promises, holy, sovereign…?

Philip Yancey writes in his book “Vanishing Grace:  What Ever Happened to the Good News?” that many people “…view the church not as a change agent that can affect all of society but as a place where like-minded people go to feel better about themselves.”  He says, “That image of the church stands in sharp contrast to the vision of Jesus, who said little about how believers should behave when we gather together and much about how we can affect the world around us.”  Yancey goes on to say, “Faith…should have a contagious effect on the broader world” and he describes how Jesus used the images of “yeast…causing the whole loaf to rise, a pinch of salt preserving a slab of meat, the smallest seed in the garden growing into a great tree in which birds of the air come to nest.”

Yancey’s message encourages us to answer with a resounding “yes!”  Living, learning, and serving with God’s people around the world has been more than worthwhile, it has been life-changing.  We are the ones who have come away with a fuller and richer understanding of what it means to be a follower of Jesus Christ and we hope that as we have shared some of our stories and experiences you, too, have realized that you have been a part of this ministry.

Your congregation’s support of Global Ministries has helped to build bridges between all of us whom God has created and whom God loves.  Your prayers have brought comfort and encouragement not only to us but to the people with whom we have lived and served all these years.  Truly, “thank you” does not seem adequate but we say it from the depths of our hearts.

We ask prayers for:

Tim and Diane Fonderlin, members of Howland Community Church, Warren, Ohio, are serving a 4-year term with the National Spiritual Council of Churches of Haiti (CONASPEH), beginning July 1, 2012. Tim works as a Sustainable Community Development and Micro-Credit Consultant and Diane is teaching theology at St. Andrew Theological Seminary and is also Co-Administrator of the Seminary. Their appointment is made possible by your gifts to Disciples Mission Fund, Our Churches Wider Mission, and your special gifts.