How do you write, with any real understanding, about a place you’ve only known for three weeks? As of this writing that’s how long we’ve been here. Yes, it’s been a great three weeks, but at this point, we’ve only had an initial meeting, or a mere introduction, to this beautiful place full of friendly people. So how do you share with others what things are like when you’re just at the greeting stage? And yet, that is it. That’s one thing we can share for sure about Lesotho after three weeks: we’ve had good greetings!

Greetings are essential in Lesotho. They come in many forms (usually in the Sesotho language), but almost no respectful conversation happens without them. Indeed, they both signify and initiate respect. Brief queries, friendly conversations, and long visits all require some sort of greeting in order to be respectful, grounded, and good.

With that in mind, it’s safe to say that we have had many good greetings in our short time here. The first greeting was just the beauty of the land, which was apparent even before our plane touched down. Even though the land was dry, as Lesotho has been experiencing drought, its beauty was evident from the first view. 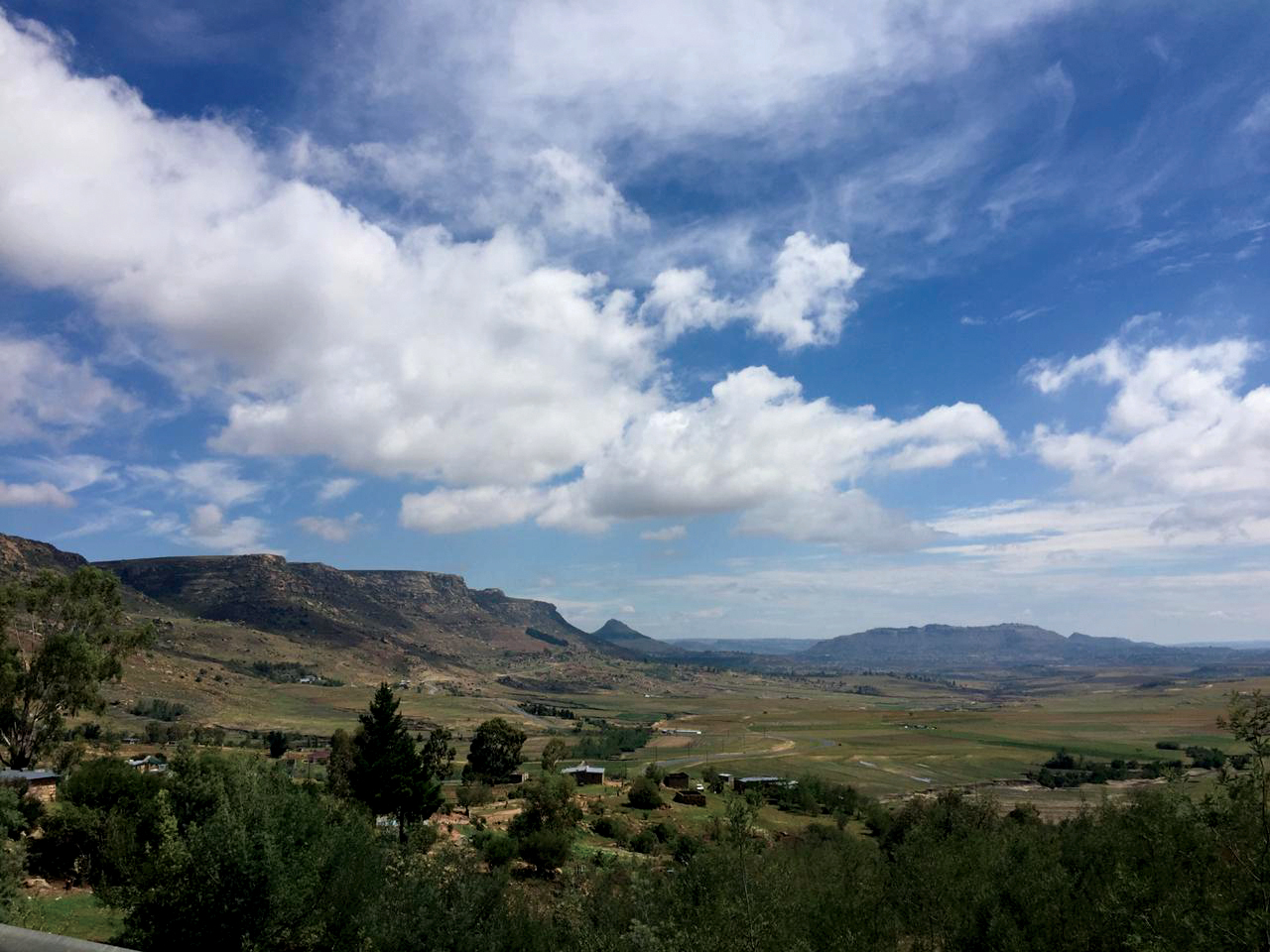 The music that we heard our first Sunday at church was an even better greeting. And by music, we mean singing, as much of the church music is acapella. We’re certainly not the first people to enter a church service in Lesotho and love the singing, and we won’t be the last. (And we’re almost certainly not the first people to write about it in a newsletter, and probably not the first to write about it in their first newsletter.) There is just something about the singing in churches here.

That being said, it is hard to describe what, exactly, is so moving about it. Perhaps part of it is that most of the people are actually singing, and many are harmonizing—two things that are far from given in all churches. And maybe part of it is hearing songs that have been sung for a long, long time, read from a tonic sol-fa hymnbook (sometimes to a familiar tune), that gives it depth. None of this is to suggest that everyone sings well, or that choirs never make mistakes, or that all small gatherings have singing that is full-voiced and with harmony. But, rather, when the singing is full–voiced and full of harmonies, there is just something about it that is a grounding experience. Sure, it’s also uplifting, but mainly it is grounding. Just like a good greeting grounds the ensuing conversation, and many greetings ground a relationship, so too does singing ground a meaningful time of worship. Few things could be more welcoming than that. 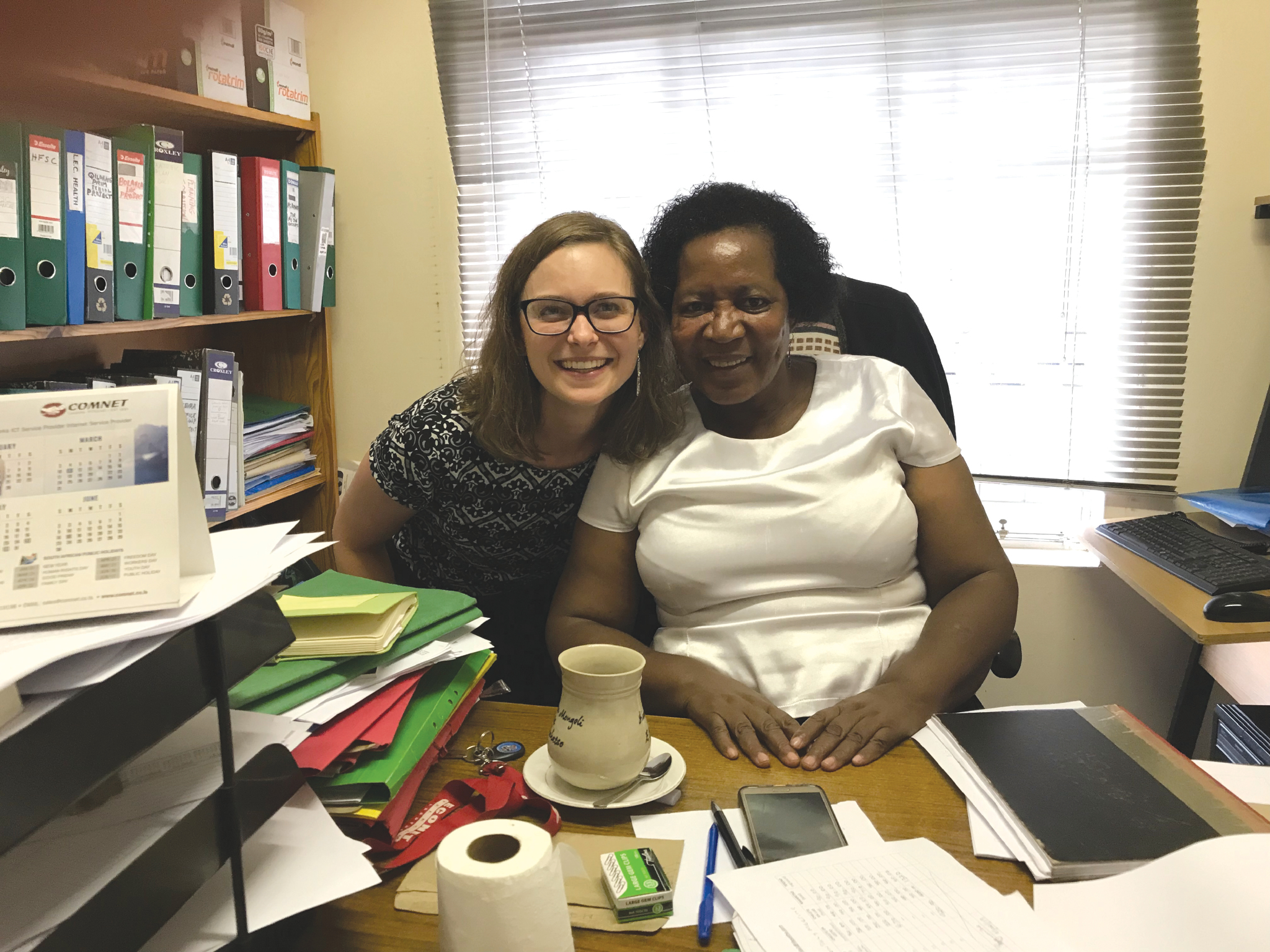 There have been other forms of greetings, too – from the rains of the past few days to the busyness of the market just outside our office at the Lesotho Evangelical Church in Southern Africa (LECSA) headquarters, to the unique songs of birds in the morning.

However, our best greetings, by far, have been the actual greetings of Basotho people, the people of Lesotho. Some of these have been from complete strangers such as workers in stores, children on the streets, or people waiting in any number of places. But it is our hosts at LECSA, Global Ministries’ partner denomination here, that have provided the steadiest source of greeting and welcome. Naming every individual who has done so would likely be impossible, and certainly would risk leaving people out. But from the LECSA Church Moderator to the youngest person in our first worship service, to our long-suffering Sesotho language teacher, the greeting has been wonderful. Most especially, this has been true with those who we will be working within LECSA’s offices in the capital, Maseru (where we live), and in Morija, where the denomination was founded. Amongst those are key people such as Rev. Posholi, LECSA’s Executive Secretary, who we not only report to, but who also personally made sure we had water at our house when it went out and helped us through the complicated process of getting residency permits, as well as provided us with Bibles at staff devotions. Or Rev. Tefo, LECSA’s Treasurer General, who was the first to meet and greet us at the airport, and who continues to check in on our logistical wellbeing. Or Ms. Maleshoane Ramasike, who has been acting in our position (since Mark Behle retired after a distinguished career of service last year), and who is teaching us the technical aspects of our work, as well as many valuable cultural aspects of life in Lesotho. Again, these are just a few of those who have greeted us wonderfully here.

So, while we cannot speak with any real depth on Lesotho yet, we can safely say that it is a place full of greeting. And that greeting, that grounding, is more than welcoming.

Mark Knowles serves with the Lesotho Evangelical Church. Mission Co-worker appointments are made possible by your gifts to Disciples Mission Fund, Our Church’s Wider Mission, and your special gifts.