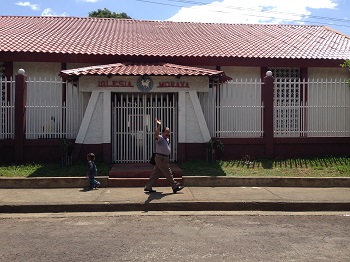 Spanish is the official and predominant language of Nicaragua. Along the Caribbean coast (off the Atlantic Ocean), various groups speak English or other ethnic languages. Creole (English) is a common language among the Afro-Caribbean population, 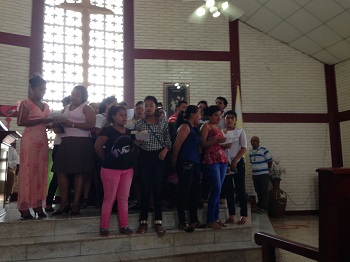 while some indigenous groups speak Miskito. Some Nicaraguans in Managua and other urban cities speak English.

Nicaragua has a long history of enslavement by the Spanish.  Also, they suffered invasions by the British, French, Dutch and even the U.S.; as well as in-country struggles for political and economic control.  This is part of Nicaragua’s history along with the present-day political, economic and social struggles.

Nicaragua is considered to be the second poorest country in the Western Hemisphere.  But when I arrived, the first businesses I saw were American food chains such as:  McDonald’s, Burger King, Subway, Quiznos, Pizza Hut and other food chains from other countries.  The food in Nicaragua is good so no need to dine in these places.  However, the income of the average Nicaraguan is way below a living wage.  I call it a “sinful wage.” A majority of the “blue collar” workers, not a familiar term in Nicaragua, make between $100 - $200 a month.  Payroll is done twice a month by the government so if you make $100 a month, you receive 50.00 on the15th and the last day of the month.  Because of this, the people do whatever they can to make extra money to survive.  Everyday there is a variety of people walking the street selling their homemade goods, such as: cheese, tostados, fruit, drinks, bread, ice cream, etc. 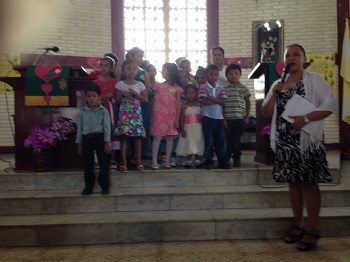 The mission of our partner in Nicaragua, the Central Moravian Church of Managua, is focused on improving their understanding of Christian Education (CE), and how to plan and implement a vital CE ministry.  I enjoy working with my Nicaraguan sisters and brothers that want to experience other options for CE in their church.  I will be developing and presenting various workshops on Christian education, biblical topics, Bible studies and other recommendations from the church as requested. Although my base is in Managua at the Central Moravian Church, I will travel to other Moravian churches throughout Managua and along the Atlantic Coast where the Moravian Church was started by German missionaries in 1849 in the city of Bluefields.  Bluefields is the largest and oldest city on the Coast.  I have been hearing wonderful stories from members of the church about their life while living on the Coast. Most grew up on the Coast and migrated to Managua after the civil war during the 1980’s.

I attend two services on Sunday— the 11am Spanish speaking service and the 4pm English speaking service where I participate as needed.  Both services are very traditional.  However, the energy of the service is brought to us by the children’s moment. Hallelujah Praise the Lord!

Leading bible discussions with the King’s Daughters ministry on Thursdays (English speaking) and the Prayer and Fasting group on Friday’s (fasting from 8am to noon/Spanish & Miskito speaking,) has been a wonderful and challenging (language) experience.

During my first visit to the church, sister Vilma introduced herself and said “we have been waiting for you and we’re glad you found your way home. No longer friend, you are family.” I discovered that these were more than just words.

Despite the economic disparity, our Nicaraguan sisters and brothers are spiritually beautiful people who are always ready to share and be of assistance for whatever is needed.  And so far, it has been a marvelous journey and partnership with the Moravian Church in Nicaragua.

Jeanette Salley serves with the Moravian Church of Nicaragua. Her appointment is made possible by your gifts to Disciples Mission Fund, Our Churches Wider Mission, and your special gifts.